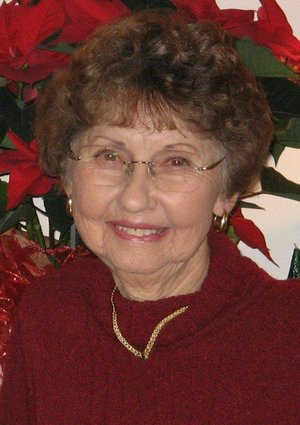 On Feb. 11, 1946, she married Gorden Summers. They resided in Topeka where they were owners of Vorse-Summers Heating and Air Conditioning for 17 years. Earldean was a Westar retiree, having worked for the former Kansas Gas Service for 27 years.

After retiring in 1991, Earldean and Gorden moved to Bella Vista, Ark., where they were members of the Bella Vista United Methodist Church.

She is survived by a daughter, Peggy Hughes and husband, Gary, of Hutchinson, Kan.; a son, Larry Summers and companion, Andrew Barresi, of Kansas City, Mo.; a grandson, Geoffrey S. Hughes of Dallas; and a sister, Irene Hurd of Lansing, Kan.

The family will visit with friends following the service with light refreshments.

To place an online tribute, go to www.edwardsvan-alma.com.