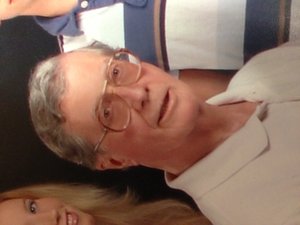 He was the loving husband of the late Marie (Neverow) Roder.

He was a WWII veteran and served in the Army. He pastored in Amery, Wis., in Twin City area, Minn., Cedar Rapids, Iowa, and Souix Falls and Grand Forks, N.D. He had a close, personal relationship with Christ that showed through in his interactions with others. He enjoyed fishing, exercising and tinkering with cars.

He is survived by his sons, Bill Roder and wife, Margarita, of Waterloo, Iowa, and Ray Roder of Bella Vista; brother, Milton Roder of Minnesota; 12 grandchildren, 10 great-grandchildren; and four great-great- grandchildren.

He was preceded in death by his wife; and brother, Lawrence Roder.

His funeral service will be Wednesday, May 8, 2013, at 6:30 p.m. in the Village Bible Evangelical Free Church in Bella Vista. Visitation will precede the service from 4:30 to 6:30 p.m. Burial will be at a later date in Fayetteville National Cemetery.