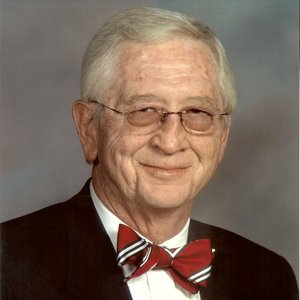 George Townes "Hank" Weaver, Jr., 69, of Pine Bluff, Arkansas passed away May 4, 2013 at Trinity Village Medical Center in Pine Bluff after a courageous four year fight against cancer. He was born December 23, 1943 in Morganfield, Kentucky, a son of the late Mary Alice Hudson Weaver and George Townes Weaver.

Hank, as he was known to family and friends growing up, was raised and received his early education in Pine Bluff, graduating from Pine Bluff High School in 1962. He was a member of Sigma Alpha Epsilon Fraternity at the University of Arkansas at Fayetteville, receiving his Bachelor of Science in Business Administration (BSBA) from the University in 1967. He entered the US Air Force, commissioned as a Second Lieutenant immediately upon graduation. While on active duty as a Procurement Officer at Kelly AFB in San Antonio, Texas, he enrolled at St. Mary's University Graduate School of Business Administration, majoring in Financial Management, graduating with a Masters of Business Administration in 1970. He subsequently transferred to Portsmouth AFB, New Hampshire in July, 1971, serving as the Base Procurement Officer until his 1972 separation from Air Force service.

He moved his banking career back into the private sector in 1982 beginning with Worthen Bank & Trust Company in Little Rock (now Bank of America) as its Investment Manager. In 1987 he was elected as President and Chairman of the Board of Home Federal Savings and Loan Association in Mountain Home, Arkansas. He later provided financial consulting service to various financial institutions in the Mid-South. In 1996 he began teaching Economics, Finance and Administration at SEARK College and the University of Arkansas at Pine Bluff. Over the past several years he continued his education efforts in a course entitled "Education for Ministry", offered by the University of the South.

Mr. Weaver was a former member of Christ Episcopal Church in Little Rock and a longtime member of Trinity Episcopal Church in Pine Bluff. He volunteered for many years in various roles at both churches, serving, among other things, as an usher and training acolytes for their roles in Episcopal liturgical service.

George's favorite hobbies included duck hunting and fishing with his friends and fellow club members at Pecan Lake near Dewitt, Arkansas, a Southern cypress tree-filled haven for ducks during the winter and bass and crappie year round. Many wonderful mornings and evenings were spent there with his friends. Many stories and memories that will last many lifetimes were generated and relived there.