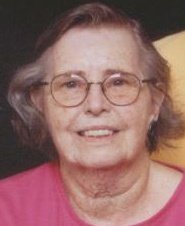 Peggy Audrey Lundquist Diffin of Bentonville, AR passed away on Friday, March 16, 2012. Peggy was born on February 2, 1928 in Branch, AR to Joseph and Edith Lundquist. She attended Clarksville High School and the College of the Ozarks. She met and married George Diffin in Clarksville, AR and moved to Philadelphia, PA where she worked at Jefferson Hospital. She also was an early cancer researcher at the Institute for Advanced Study in Princeton, NJ. Peggy became a full time mom and supported the family as they moved to Fort Worth, TX and then eventually to Fayetteville, AR. After moving to Fayetteville, Peggy also worked part-time for Sears, Ozark Mountain Smokehouse, Dr. Jacob Agee DDS, Allstate Insurance and at the Fayetteville National Cemetery. As a homemaker, Peggy created many adventures for the family including trips across the US, Canada and Europe. She loved fishing on Beaver Lake where the family had a lake home. She was a member of the St. Stephen's Catholic Church, Bentonville, AR. Peggy is the wife of the recently deceased George Diffin, and is survived by her daughters, Luanne Diffin of Los Angeles, CA and Janelle Wright of Phoenix, AZ; one niece, Edith Lou Sparks; one nephew, Joe Lundquist both of Clarksville, AR; and a great niece and several great nephews and great great nephews. A Memorial Mass will be held at St. Stephen Catholic Church, 1300 NE J Street, Bentonville, AR 72712 on Monday, March 19, 2012 at 9:00-9:30am and the burial service will be at the National Cemetery in Fayetteville on Tuesday, March 20, at 12 Noon with Father Scott Marczuk officiating. In lieu of flowers, the family suggests donations be made to the USO.