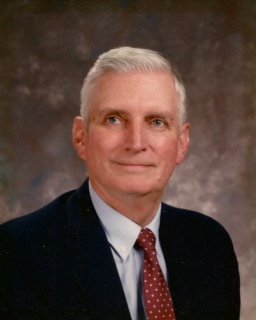 Lonnie Harrison Barron Lonnie Harrison Barron, age 75, died on March 16, 2012 in Fayetteville surrounded by his family. A memorial service will be held Tuesday at 11:00 a.m. at the First Presbyterian Church in Springdale. Lonnie Harrison Barron was born on July 28, 1936 in Mena, Arkansas to Florence Opal Harrison and Lonnie Dexter Barron. A 1954 graduate of Mena High School, he attended Arkansas Tech University for two years before transferring to the University of Arkansas, Fayetteville. He graduated with a Bachelor's Degree in Education in 1958 before completing his Master's Degree in Education in 1961. Barron was an educator and coach in the Mena and Polk County area for 35 years. He started his coaching career in Cove, Arkansas in 1958, becoming the junior high and senior high boys and girls basketball coach. In 1959, he moved to Acorn Public Schools where he coached the junior high and senior high boys teams and added elementary principal to his title. In 1963, he returned to his hometown Mena as head junior high basketball and football coach, and served as an assistant coach for both senior high teams. In 1969, Barron became head football coach at Mena, and over 16 seasons compiled a 93-65-7 record highlighted by winning the 1976 Arkansas AA State Championship as well as five District Championships. He was an assistant coach for the Arkansas Activities Association West All-Star football team in 1972. He also coached baseball and track, winning two additional District Championships and was the assistant principal at Mena High School during his career. The Bearcat Stadium Fieldhouse was named in his honor in 2006. In 1985, Barron retired from coaching and became a teacher and administrator at Rich Mountain Community College in Mena before returning to Mena Public Schools in 1988 as Superintendent. He retired as Superintendent in 1994 and moved to Northwest Arkansas to be closer to his two sons. After serving on the city council for three years, Barron was elected as the 10th mayor of Johnson, Arkansas in 2007 and served the city for four years before retiring in 2011. Lonnie married the love of his life, Jane Ellison, on July 14, 1961 and they enjoyed 50-plus wonderful years together. In his spare time, he enjoyed collecting and restoring antique sporting goods and rarely missed attending a Razorback sporting event after retiring to the Fayetteville area. Lonnie was always active in his church. He was a member and deacon of the First Presbyterian Church in Mena for many years and taught Sunday school there for over 25 years. He was also an active member and elder of the First Presbyterian Church in Springdale. He is survived by his wife, Jane Ellison Barron of Johnson; son John David Barron and wife Heather Barron of Fayetteville; son Mark Barron of Johnson; and three grandchildren Peyton Barron, Drew Barron and Allison Barron of Fayetteville. In lieu of flowers, donations may be sent to the Christian Education Fund of the First Presbyterian Church in Springdale. Online Condolences may be sent to www.siscofuneral.com.