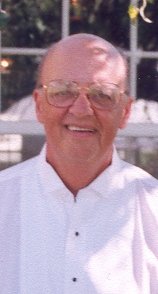 Robert "Bob" James Lee, 69, of Bella Vista, Ark., died at Northwest Medical Hospital on Wednesday, Feb. 29, 2012. He was born on Dec. 30, 1942, in Ottumwa, Iowa. Robert and Sherry Timberlake were married in Ottumwa, Iowa, on Sept. 2, 1961. He was retired from Oscar Mayer and Company (now Kraft Food) as their computer operations manager. He was there for 30 years in Madison, Wis. He was a past-president of the Bella Vista Men's Golf Association. He was an avid golfer, bowler and softball player. He was preceded in death by his son, Robert Daniel Lee of Wisconsin in 1997; and daughter, Denise Suchomel of Wisconsin in 2005; and his parents, Ernest and Celestron Lee of Ottumwa, Iowa. He is survived by his wife of Bella Vista, Sherry; and daughter, Diane of Bella Vista, Ark.; four granddaughters, Barbara, Nicole, Kendra, Kayla, two great-grandsons and five great-granddaughters, all of Wisconsin. A memorial service will be held at 2 p.m. on Monday, March 5, 2012, at the Bella Vista Community Church Chapel. Arrangements are by the Bella Vista Funeral Home & Crematory, 2258 Forest Hills Blvd., Bella Vista, Ark. In lieu of flowers, memorial contributions may be made to the American Heart Association or to the Little Paws Yorkie Rescue, c/o Ronnie Rook, 23242 FR 1085, Washburn, MO 65772. Online condolences may be made at www.funeralmation.com.