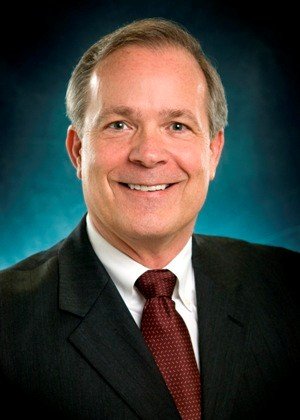 Richard "Rick" Beck Petree of Bentonville, Ark., passed away Thursday, March 1, 2012, at his home. He was surrounded by his wife, Vicki, and his two sons, Josh and Lance, and his family at his bedside. He was the son of Richard Eger and Vera Beck Petree and was born on Jan. 15, 1952, in Springfield, Mo. Rick grew up in the small community of Buffalo, Mo. He attended school there and graduated in 1970. He then attended and graduated from Southwest Missouri State College (MSU now) with a degree in art and chemistry and was a brother to the Phi Kappa Alpha fraternity. Rick married Vicki Lynn Garrett, the love of his life, on Jan. 6, 1973, at Buffalo First Baptist Church in Buffalo, Mo. On April 11, 1974, Rick and Vicki welcomed their first child into this world, Joshua Shane. Then, on Jan. 10, 1979, a second son was welcomed into their life, named Lance Garrett. These boys were Rick and Vicki's life and blessings and he was so proud of them. Prior to relocating to Bentonville, Rick taught art and science a few years and then went to work for the Good Year Co.. After working for Good Year, Rick went to work for Walmart in October of 1981 and worked in Clinton, Mo. After working in Clinton for a few years, Rick and Vicki moved to Bentonville, Ark., in August 1983, where he began work at the corporate office with Walmart. Rick and his family have lived in the Northwest Arkansas area since 1983 and he had been with Walmart over 30 years this past October. Rick loved spending time with his family. He enjoyed time with his sons, daughter-in-law and his two grandsons. They spent time swimming, traveling, playing or watching sports together (especially the Razorbacks and Chiefs). Kyler and Kamden would tease and play with Papaw until they wore him out, but that didn't matter because he loved every minute he had with them. Rick also enjoyed time with his grandfurpuppies- Barley and Rolo. These two dogs gave Rick entertainment, laughs and always put a smile on his face. Rick, Vicki, Lance, Josh, Deanna, Kyler and Kamden loved to travel and go to Destin, Fla., where Rick loved to walk the beach and pickup shells and play with the little boys. Rick would also enjoy sitting under the beach umbrella reading several books during his stay and enjoyed the evenings looking for crabs with flashlights. Many times the family would also go to Branson, Mo., for the weekend and shop, play and have a good time together several times a year. Those trips, whether it was in the spring, summer, fall or winter, gave everyone a strong sense of togetherness and joy. Rick loved and cherished his family with all his heart. He is preceded in death by his father, Richard Petree; and his grandparents, Clint and Lillie Beck and Frank and Grace Petree. Rick is survived by his wife, Vicki Petree, of the home, whom he had been married to for 39 years this past January; two sons, Joshua Shane Petree and his wife, Deanna, of Fayetteville, Ark., and Lance Garrett Petree of Rogers, Ark.; two grandsons, Kyler Graham and Kamden Hayes, both of Fayetteville, Ark.; his mother, Vera Petree of Bella Vista, Ark.; two sisters, Carolyn George and her husband Chris of Bella Vista, Ark., and Jane Ellen Whillock and her husband, Rick, of Bois D'Arc, Mo.; two nieces, Shelley McMillon and her husband, Doug, and Nichole Bray and her husband, Greg, of Bentonville, Ark.; one nephew, Chris Whillock of Springfield, Mo.; one aunt, Shirley Scroggs of Neosho, Mo.; and several nieces and nephews and cousins who will all miss him greatly. A Gathering of Friends will be Monday, March 5, 2012, from 5 to 7 p.m. at First Baptist Church in Bentonville, Ark. A Celebration of Rick's life will be Tuesday, March 6, 2012, at 10 a.m. at First Baptist Church in Bentonville, Ark., with Pastor Phillip Smith officiating. Inurnment will be at the Bentonville Cemetery. Memorials may be made to Circle of Life Hospice, C/O Indigent Care, In Memory of Rick Petree, 901 Jones Road, Springdale, Arkansas 72762 or visit www.nwacircleoflife.org. Team Petree would like to give special appreciation to Rebecca Lantz, RN, for her understanding, patience and overall care giving to Dad over the past three months. The online obituary and guest book are available at www. eptingfuneralhome.webs.com.