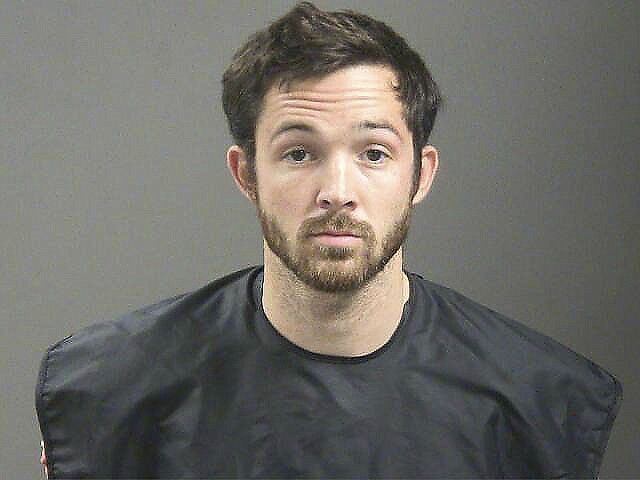 Tyson, 32, was arrested just after 2 a.m. Nov. 7 and charged with criminal trespass and public intoxication. He later issued a public apology to the resident of the home as well as the company's investors and employees.

Tyson pleaded guilty in Fayetteville District Court to public intoxication and criminal trespass. He was ordered to pay a $150 fine on each charge, plus court costs, a total of $440.

Police were called to 445 N. Mock Ave. in Fayetteville at 1:48 a.m. Nov. 7 on a report of a burglary. According to a preliminary police report, a woman told police she returned home and found a man she didn't know asleep in her bed. The woman, who wasn't identified, told police she thought the front door had been left unlocked.

The woman gave an officer permission to enter the home, and Tyson was found asleep in a back bedroom on the first floor. His clothing was on the floor of the bedroom, and the officer identified Tyson from his Arkansas driver's license.

The officer woke Tyson, who sat up but didn't respond verbally, according to the report. He then laid back down and attempted to go back to sleep.

The officer said there was an odor of alcohol coming from Tyson, and his movements were sluggish and uncoordinated.

Tyson was arrested and taken to the Washington County Detention Center. He was released later that morning on $415 bond.