Ex-vice president unaware they were there, says lawyer by Compiled by Democrat-Gazette Staff From Wire Reports | January 25, 2023 at 5:23 a.m. 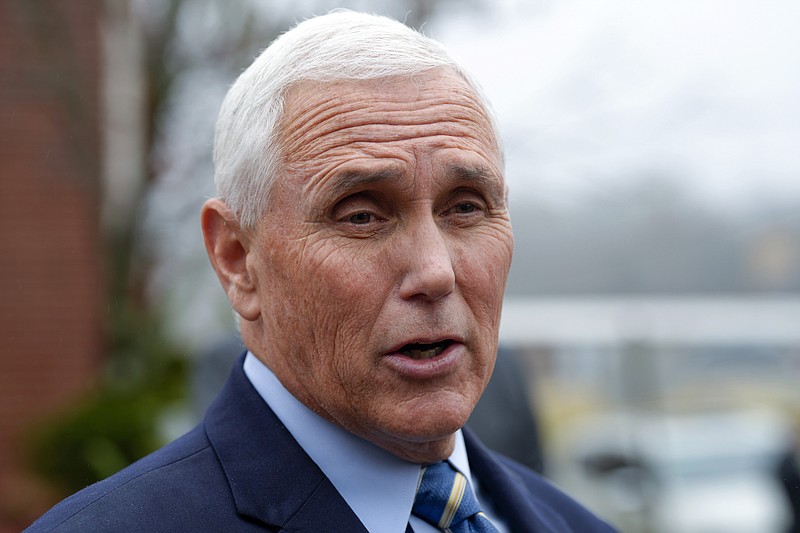 NEW YORK -- Documents with classified markings were discovered in former Vice President Mike Pence's Indiana residence last week, his lawyer says, the latest in a string of papers meant to be treated with utmost sensitivity being recovered from the homes of current and former top U.S. officials.

"A small number of documents," taken into FBI custody last Thursday, "were inadvertently boxed and transported" to the former vice president's home at the end of the last administration, Pence's lawyer, Greg Jacob, wrote in a letter to the National Archives shared with The Associated Press.

He said Pence had been "unaware of the existence of sensitive or classified documents at his personal residence" until a search last week and that he "understands the high importance of protecting sensitive and classified information" and stands ready to cooperate with "any appropriate inquiry."

On Capitol Hill, members of the Senate intelligence committee expressed incredulity over the mishandling of documents by top U.S. officials.

The revelation came as the Department of Justice was already investigating the discovery of documents with classified markings in President Joe Biden's home in Delaware and his former Washington office, as well as former President Donald Trump's Florida estate. Democrat Biden has indicated he will seek reelection, Republican Trump is already a declared candidate, and Pence has been exploring a possible 2024 campaign.

The newest discovery thrusts Pence, who had previously insisted that he followed stringent protocols regarding classified documents, into the debate over the handling of secret materials by officials who have served in the highest ranks of government.

Trump is currently under criminal investigation after roughly 300 documents with classified markings, including at the top secret level, were discovered at his Mar-a-Lago. Officials are trying to determine whether Trump or anyone else should be charged with illegal possession of those records or with trying to obstruct the months-long criminal investigation.

Biden is also subject to a special counsel investigation after classified documents from his time as a senator and in the Obama administration were found at his properties.

Trump, who denies any wrongdoing, reacted to the new development on his social media site: "Mike Pence is an innocent man. He never did anything knowingly dishonest in his life. Leave him alone!!!"

While a different case, the Pence development could bolster the arguments of Trump and Biden, who have sought to downplay the significance of the discoveries at their homes. The presence of secret documents at all three men's residences further underscores the federal government's unwieldy system for storing and protecting the millions of classified documents it produces every year.

Pence's lawyer, Jacob, said in his letter the former vice president had "engaged outside counsel, with experience in handling classified documents" to review records stored at his home Jan. 16 "out of an abundance of caution" amid the uproar over the discovery of documents at Biden's home.

Jacob said Pence gave permission for the FBI to collect the classified documents from his home Jan. 19 while the former vice president was in Washington to attend the March for Life, the yearly gathering of antiabortion advocates.

A total of four boxes containing copies of administration papers -- two in which "a small number" of papers bearing classified markings were found, and two containing "courtesy copies of vice presidential papers" -- were discovered, according to the letter.

Jacobs said he would personally bring those boxes to the National Archives on Monday. An archives spokesperson declined a request for comment.

The boxes, according to a Pence aide, were not kept in a secure location, but were taped shut and were not believed to have been opened since they were packed. The former vice president's staff also searched the Washington office of his advocacy group last week and did not discover additional documents, according to the person, who spoke on condition of anonymity because of the sensitive nature of the search.

Material found in the boxes came mostly from Pence's Naval Observatory vice presidential residence, the packing of which would not have been handled by the vice president's office nor its lawyers. Other material came from a West Wing office drawer, the person said.

Congressional leaders were notified of the discovery by Pence's team Tuesday.

House Oversight Chairman James Comer, R-Ky., said in a statement Tuesday Pence "agreed to fully cooperate with congressional oversight and any questions we have about the matter."

Pence told the Associated Press in August that he did not take any classified information with him when he left office.

Asked directly if he had retained any such information, he said, "No, not to my knowledge."

In an interview this month with Fox Business, Pence described a "very formal process" used by his office to handle classified information as well as the steps taken by his lawyers to ensure none was taken with him.

"Before we left the White House, the attorneys on my staff went through all the documents at both the White House and our offices there and at the vice president's residence to ensure that any documents that needed to be turned over to the National Archives, including classified documents, were turned over. So we went through a very careful process in that regard," Pence said.

Sen. John Cornyn, R-Texas, noted that classified documents are only moved out of the committee's offices in locked bags.

"In my book, it's never permissible to take classified documents outside of a secure facility" except by a secure means of transport between such facilities, he said.

Mike Pompeo, who served as Trump's secretary of state, told the AP in August that he had not taken any any classified material with him after leaving the administration.

But he told Fox News channel Tuesday, "When you're in the executive branch, you have these documents in your home. One can imagine a note getting someplace, getting stuck. I suspect that may be what happened."

"I think for President Biden you had no choice but to appoint a special counsel," said John P. Fishwick Jr., a former federal prosecutor who had argued that the step was necessary to head off accusations of unequal treatment.

With Pence "still in the political game," he said in an interview Tuesday with The Post, "the more I think about it ... a special counsel needs to be appointed here. It's got to be the same all around."

"It is a serious matter for any government official to mishandle classified documents," Turner said in a statement. "I plan to ask for the same intelligence review and damage assessment to see if there are any national security concerns."

A damage assessment is customary when classified documents are found to have been mishandled or improperly stored. It is meant to determine whether intelligence sources and methods may have been put at risk by the documents' exposure.

At a news conference Tuesday, Garland had no comment when asked about the retrieval of the documents from Pence's house. He declined to say whether the Justice Department's involvement in the matter signaled an impending criminal investigation that might warrant referral to a special counsel.

Comer had vowed to investigate Biden regarding the classified documents found at his home and post-vice-presidential office, but the lawmaker made no mention of an investigation into Pence in his Tuesday statement.

An Obama spokesperson referred to a 2022 statement from the National Archives that said the agency took control of all of his records after he left office and "is not aware of any missing boxes of presidential records from the Obama administration."

Representatives of former presidents George W. Bush and Bill Clinton and former Vice President Dick Cheney said all of their classified records had been turned over to the National Archives upon leaving the White House.

Information for this article was contributed by Jill Colvin, Eric Tucker, Zeke Miller, Farnoush Amiri and Mary Clare Jalonick of The Associated Press; by Maggie Haberman of The New York Times; and by Azi Paybarah, Hannah Knowles, Shane Harris and Michael Scherer of The Washington Post. 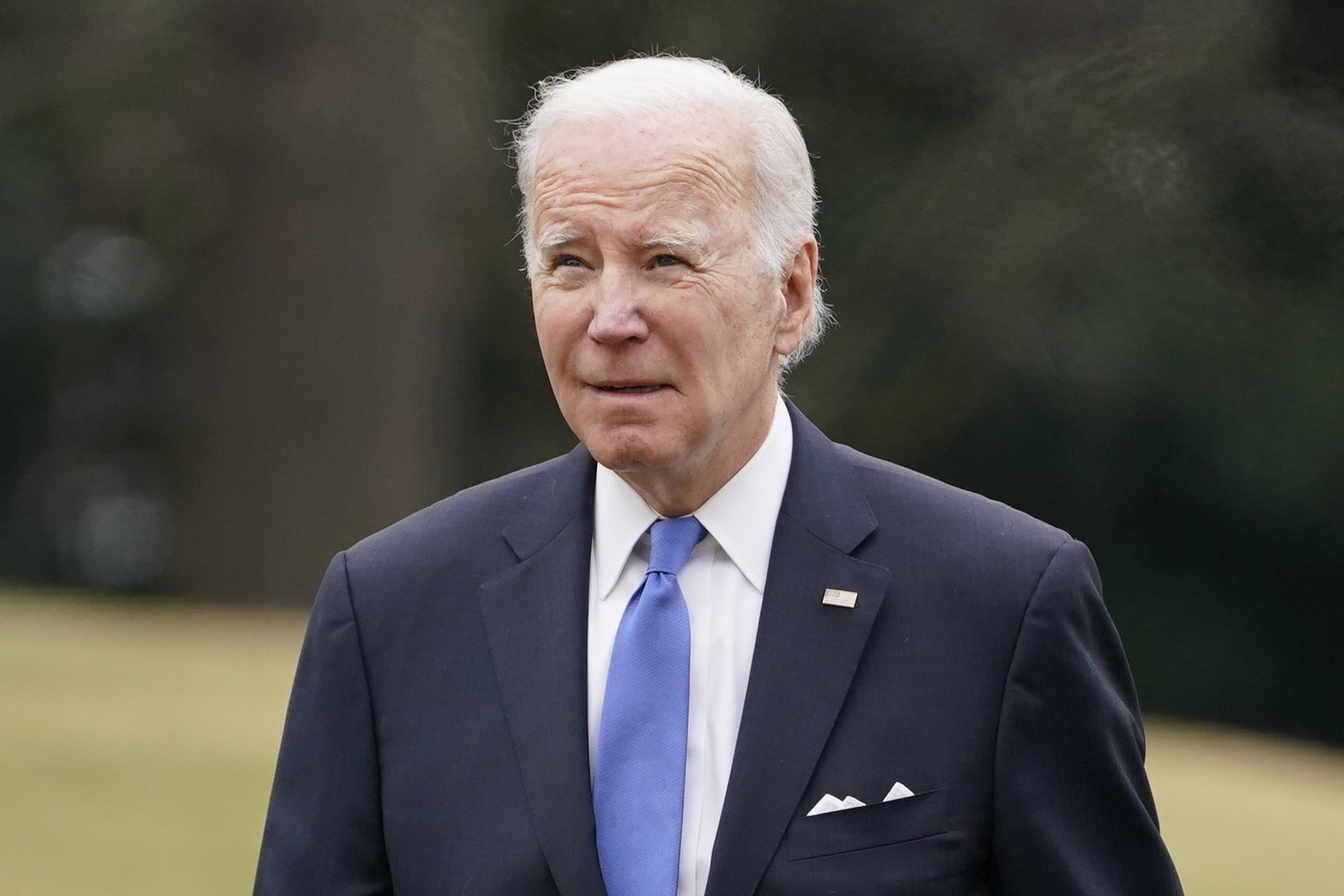 President Joe Biden arrives on the South Lawn of the White House, Monday, Jan. 23, 2023, in Washington. Biden’s decision to allow the FBI to search his home in Delaware last week is laying him open to fresh negative attention and embarrassment following the discovery of classified documents at his home and former office. But it's part of a legal and political calculation that aides believe will pay off in the long run as he prepares to seek reelection. (AP Photo/Evan Vucci) 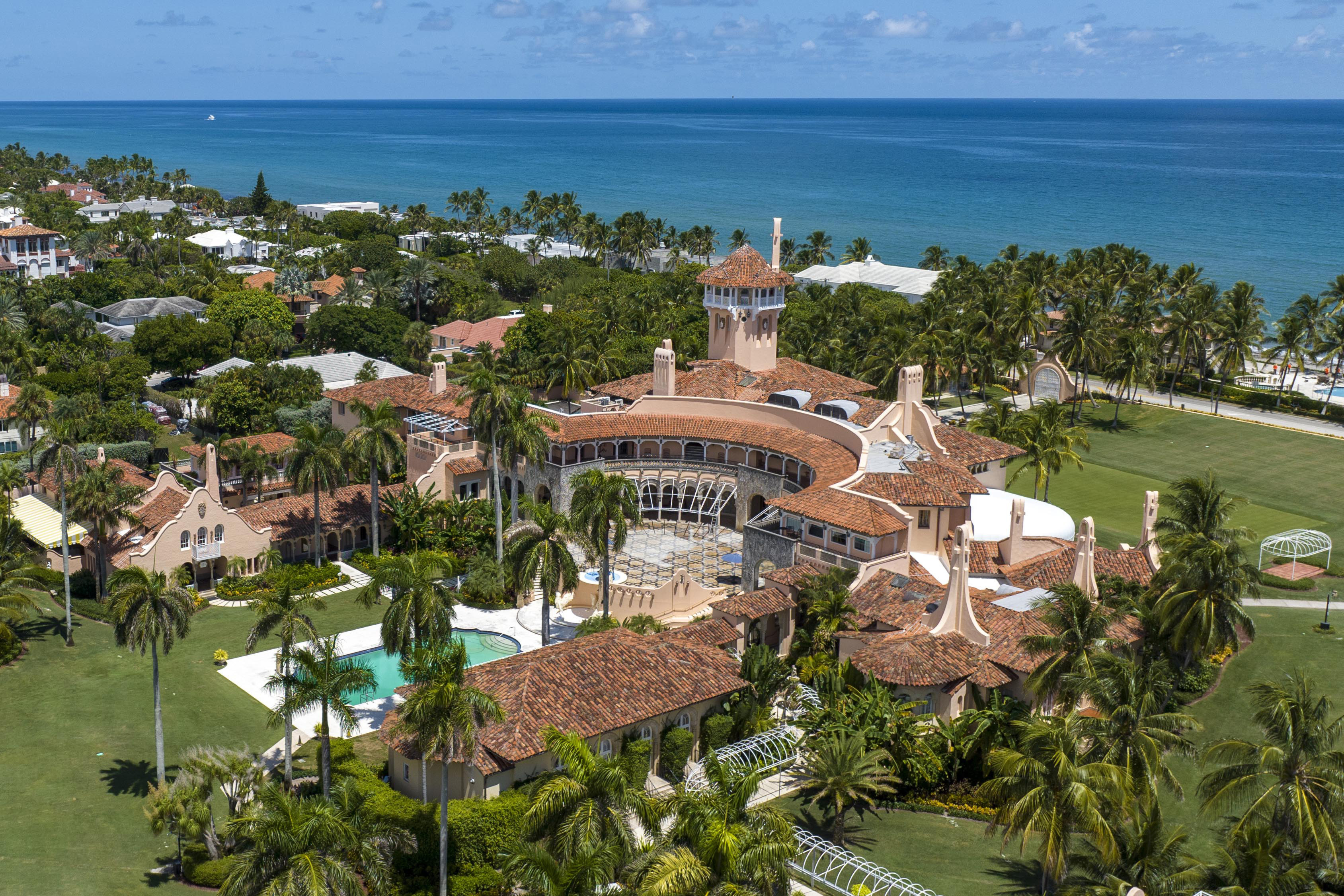 FILE - An aerial view of former President Donald Trump's Mar-a-Lago club in Palm Beach, Fla., on Aug. 31, 2022. The Justice Department issued a subpoena for the return of classified documents that Trump had refused to give back, then obtained a warrant and seized more than 100 documents during a dramatic August search of his Florida estate, Mar-a-Lago. (AP Photo/Steve Helber, File) 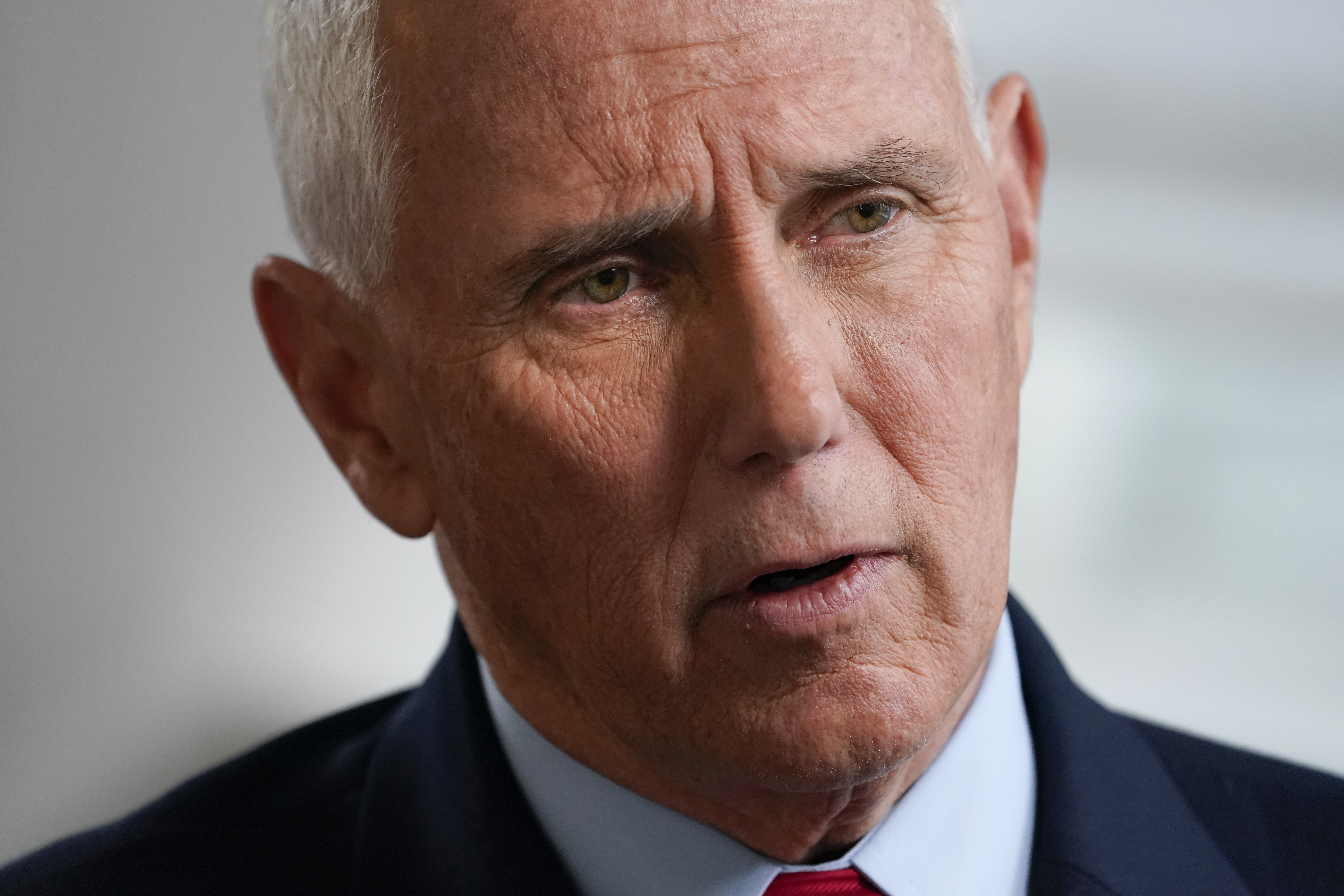