Rahm’s run putting everyone on notice 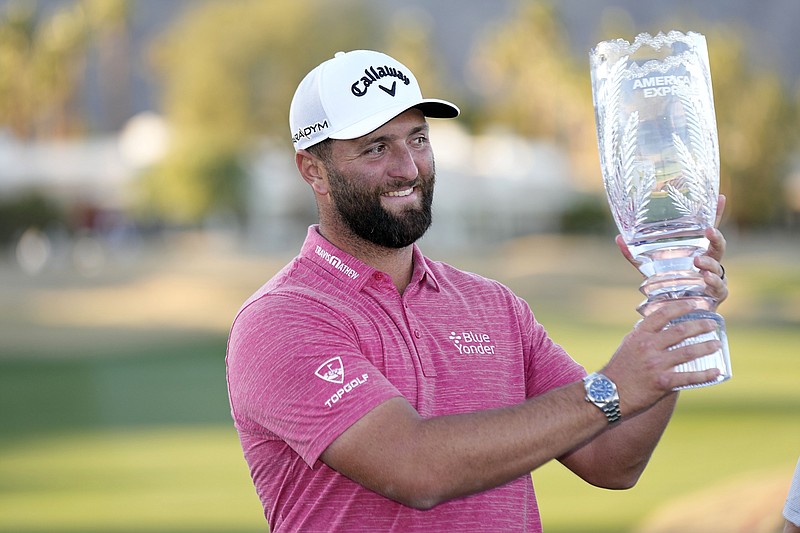 Davis Thompson, a 23-year-old PGA Tour rookie and former No. 1 amateur, needed only five words to indicate the odds he faced in the final round of The American Express.

This isn't the first time Rahm has been regarded as among golf's best. He spent the second half of 2021 at No. 1 in the world, the same year he captured the U.S. Open at Torrey Pines for his first major.

Rahm also is not the only player to go on the kind of heater he is on now.

The 28-year-old Spaniard has won four his past six starts worldwide over the past three months, including his two PGA Tour events this month on courses -- Maui mountain, California desert -- that couldn't be more different.

He won in Spain by six shots and the DP World Tour Championship by two in the fall. He started the new year on the PGA Tour by closing with a 63 to overcome a seven-shot deficit against Collin Morikawa at the Tournament of Champions, and then holding off a spirited challenge from Thompson in The American Express.

Next up is the Farmers Insurance Open at Torrey Pines, one of his favorite places even before he won the U.S. Open. Rahm won his first PGA Tour event at Torrey in 2017, and twice in the past three years he has missed a playoff by one shot.

Thompson's words might ring true for the other 155 players in the field this week: "I'm playing against Jon Rahm."

It's one thing to go on a big run. What really makes other players take notice is when it happens again and again.

David Duval first made people take notice at the end of 1997 when he won his final three tournaments. And while he didn't exactly fall off the map -- Duval won a tournament in the winter, spring, summer and fall the next year -- his start to 1999 was eye-popping.

He won at Kapalua by eight. Then he shot 59 to win the Bob Hope Classic. He was looked upon as the best player in golf, except the No. 1 ranking belonged to Tiger Woods. That eventually went to Duval two months later when he won The Players Championship.

Vijay Singh already had two majors and a PGA Tour money title. Then he looked unbeatable in 2004. There was a feeling if his name wasn't on the leaderboard, it would be the next time anyone looked. He won nine times -- three in a row in September, the first of which made him No. 1 in the world and ended the five-year reign of Woods.

Rory McIlroy, who currently occupies No. 1, also was an established star when he had a monster year in 2012, winning five times, including his second major. He twice had streaks of five straight top 10s.

So no one was surprised when he won three straight times in 2014, two of them majors.

Woods, of course, resides in his own section of golf history.

His run from 1997 through 2009 never really ended except when he was going through swing changes with Butch Harmon (1998) and Hank Haney (2004). He had three winning streaks of five tournaments or more. Woods began one year with six straight finishes in the top 15 and was said to be in a slump. He won his next three, including the Masters.

Rahm is sure to be a heavy favorite at Torrey Pines, which starts Wednesday. He will try to become the first player since Dustin Johnson in 2017 to win three straight (Rahm was runner-up in Johnson's third win that year at Match Play).

Rahm is No. 3 in the world ranking, which only makes sense when remembering that the ranking is based on two years, not six months, of play.

Masters champion Scottie Scheffler is No. 2 and came within an inch -- he narrowly missed a birdie putt on his final hole at The American Express -- of returning to No. 1. That's a product of his four wins and three runner-up finishes last year.

No one has said, "I'm playing against Scottie Scheffler." Another big run like last spring and that might change.

Rahm could go to No. 1 with another win or even a high finish at Torrey, though it depends on how McIlroy fares in his 2023 debut in Dubai.

While there's no doubting who's playing the best golf right now, the world ranking is more like a two-hour documentary than a 45-minute podcast.

Rahm had two wins in three starts when McIlroy packed it in for the year. McIlroy's final six starts of 2022 were victories in the Tour Championship and CJ Cup, runner-up by one shot at Wentworth and three fourth-place finishes.

How quickly we forget.

Also, the world ranking is in the midst of a transition in an attempt to measure the strength of the entire field, not just players in the top 200, and points have been reduced in this new math. It should start to sort itself out in the next few months.

Rahm no longer seems as flabbergasted about the ranking as he was a few months ago. He said at Kapalua he felt he was the best player in golf, and winning The American Express didn't change his opinion. He won't find many detractors at the moment. 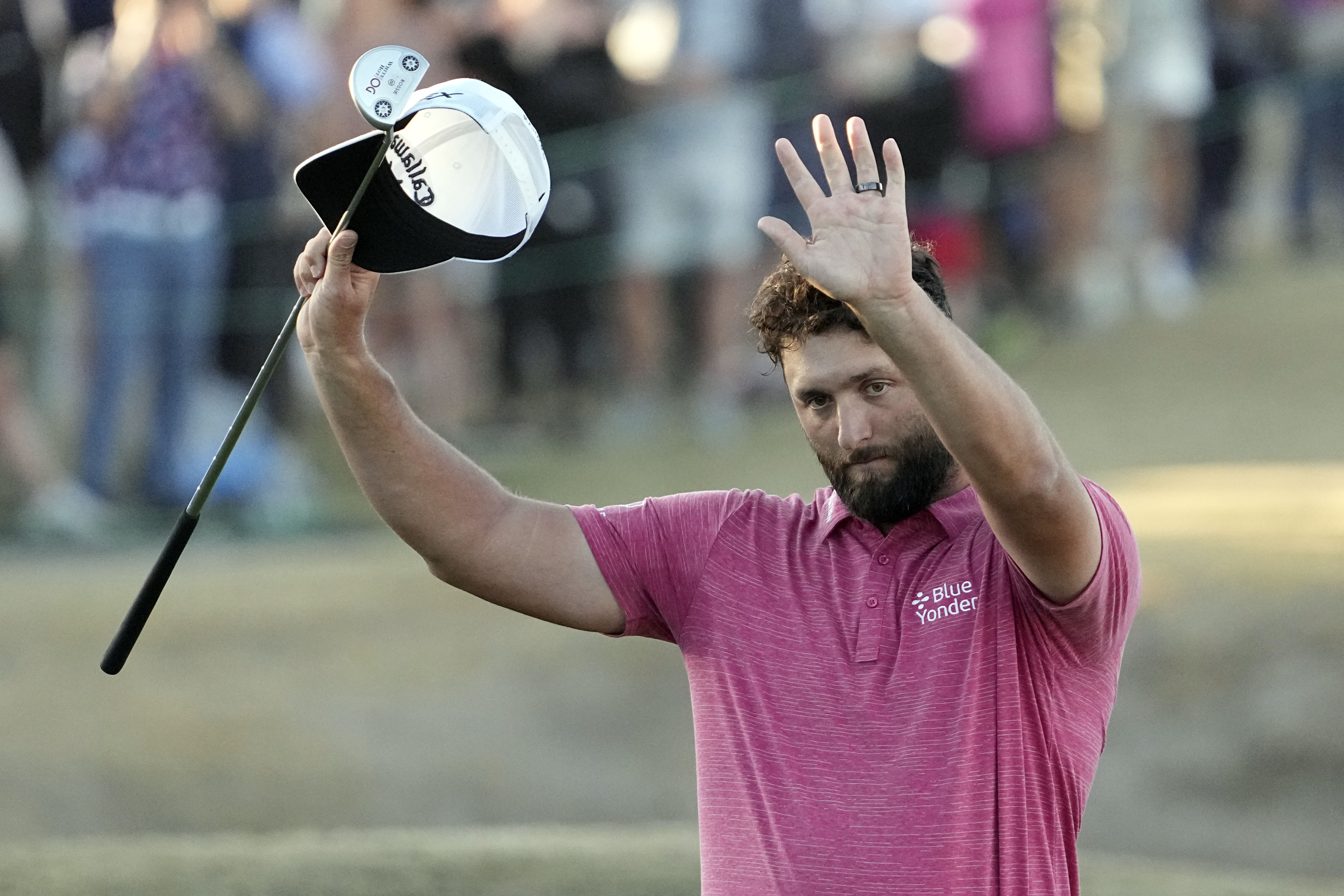 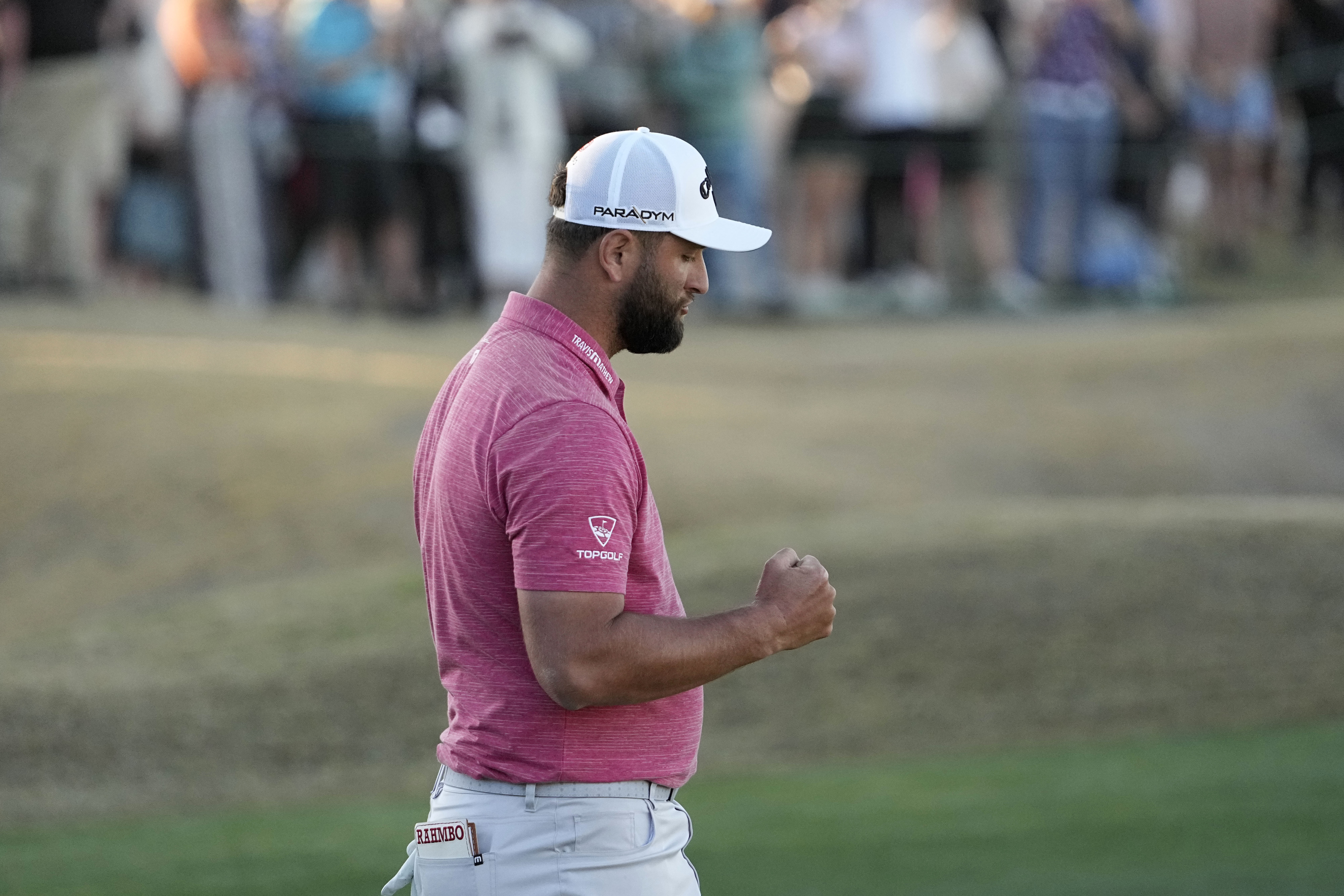 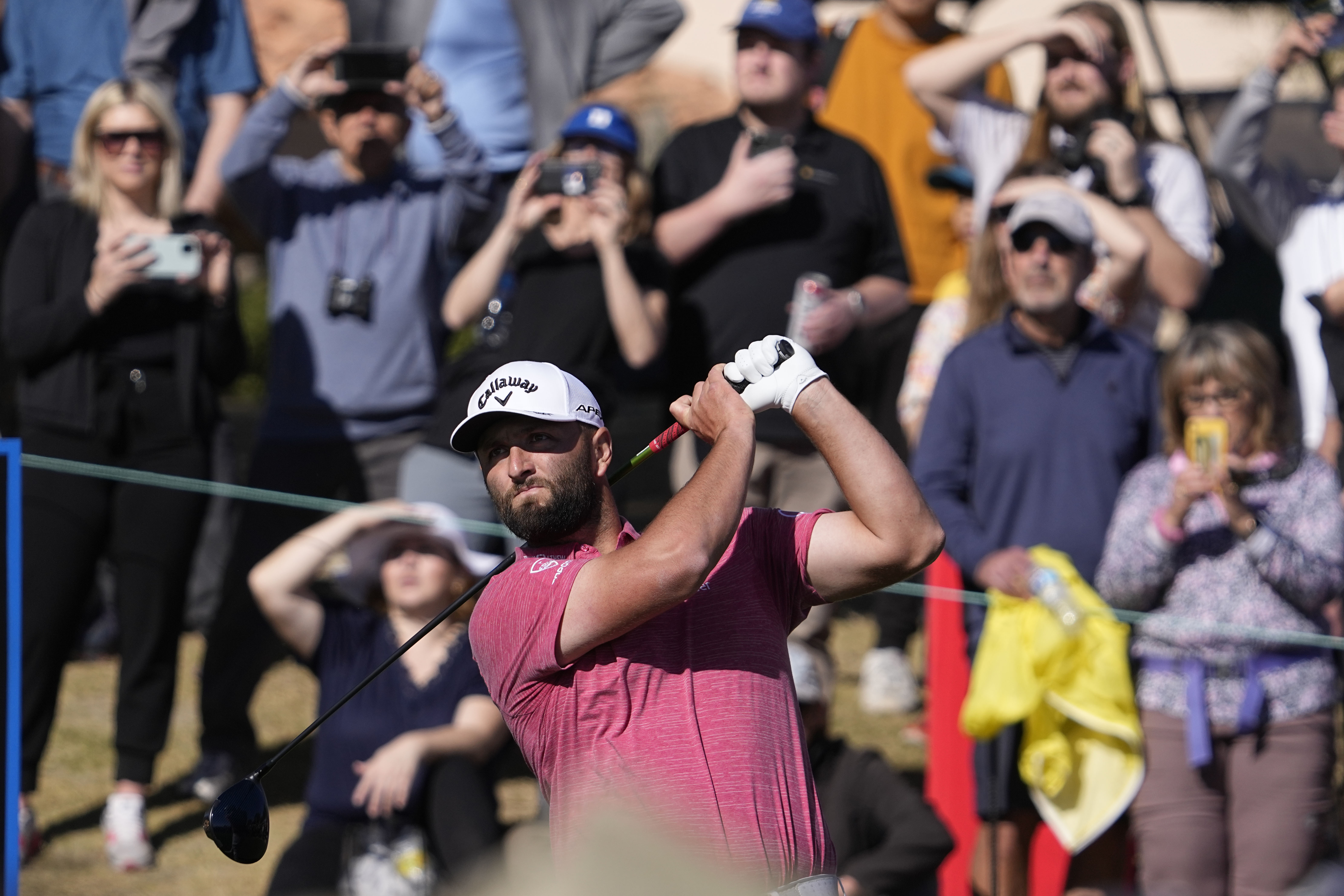 Jon Rahm hits from the ninth tee during the final round of the American Express golf tournament on the Pete Dye Stadium Course at PGA West Sunday, Jan. 22, 2023, in La Quinta, Calif. (AP Photo/Mark J. Terrill)