Most major indexes off in mixed day for markets 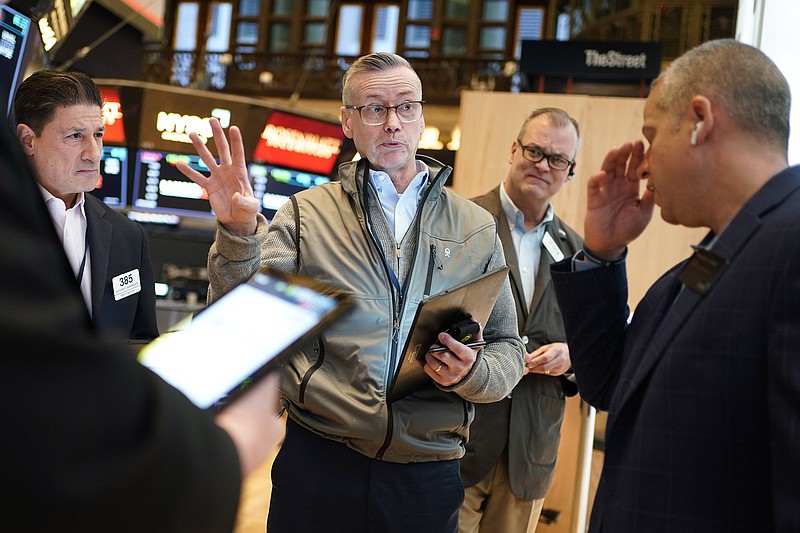 Traders and others try to get information about about a trading malfunction on the floor at the New York Stock Exchange in New York, Tuesday, Jan. 24, 2023. Stocks lost ground on Wall Street as more big U.S. companies delivered their earnings reports for the last three months of 2022. (AP Photo/Seth Wenig)

The decline for major indexes marked a reversal from Monday, when a tech company-driven rally more than made up the S&P 500's losses last week.

Stocks have been volatile as investors try to get a better sense of how inflation is affecting the economy, as well as the potential for a recession and whether the Federal Reserve can ease up on its aggressive interest rate increases.

The latest batch of earnings show companies continue to struggle with consumer inflation and supply chains.

Trading in more than a dozen companies was temporarily halted on the New York Stock Exchange after an apparent technical issue caused wide swings in stock prices as the market opened.

Shares in Morgan Stanley, Wells Fargo, AT&T and other companies moved sharply at the open, triggering the halt in trading. The prices corrected after trading resumed. The exchange said it's investigating the "reported issues."

Markets have been swinging between hope and caution as investors watch to see if the Fed will adjust its inflation-fighting strategy. The central bank has already pulled its key overnight rate up to a range of 4.25% to 4.5%, from virtually zero early last year.

The Fed will announce its next rate increase Feb. 1, and traders expect a quarter-point increase, which would mark a softening of the central bank's pace.

Long-term bond yields fell. The yield on the 10-year Treasury, which influences mortgage rates, fell to 3.46% from 3.52% late Monday.

Wall Street will get a few economic updates this week that could provide more insight into inflation's impact.

The U.S. government will release gross domestic product data for the fourth-quarter Thursday. Economists expect less than 1% of growth, after 1.9% growth in the third quarter and a contraction during the first half of 2022.

Investors will get more updates Friday on personal spending and income.

Information for this report was contributed by Elaine Kurtenbach and Matt Ott of The Associated Press.

Print Headline: Most major indexes off in mixed day for markets