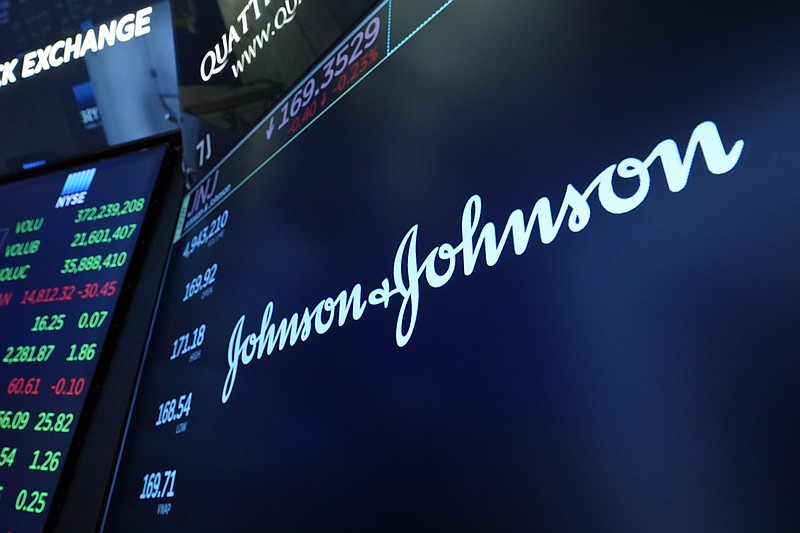 Johnson & Johnson beat earnings expectations in the final quarter of 2022 even as a strong U.S. dollar and sinking covid-19 vaccine sales hurt revenue.

Sales were hurt by the strong U.S. dollar, which is currently worth more than a euro. That can affect companies with a lot of international business because they have to convert those sales into dollars when reporting earnings.

J&J brings in nearly half of its revenue from outside the United States. The company's international sales fell more than 11% in the quarter, but that decline was only 1% when not counting exchange rates.

J&J also recorded no U.S. sales in the quarter from its one-shot covid-19 vaccine, which brought in $689 million in revenue from international markets. U.S. regulators have strictly limited who can receive J&J's shot because of a rare risk of blood clots.

J&J sells prescription drugs and medical devices. It is splitting off its consumer health business, which includes well-known products like BandAids.

Chairman and CEO Joaquin Duato said the separation should be completed this year.

Revenue from pharmaceuticals, the company's largest business, fell 7% to $13.16 billion in the fourth quarter even as worldwide sales of the cancer treatment Darzalex soared nearly 27% to more than $2 billion.

J&J also brought in $3.8 billion in sales from consumer health.

The company booked costs in the quarter from winding down covid-19 vaccine production, splitting off consumer health and completing its acquisition of cardiovascular technology company Abiomed, a deal announced in November.

Overall, adjusted earnings totaled $2.35 per share in the fourth quarter. Analysts expected earnings of $2.23 per share on $23.9 billion in revenue, according to FactSet.

J&J wound up making about $17.9 billion last year on $94.9 billion in revenue. The company saw 15 drugs top $1 billion in sales. That includes Stelara for psoriasis and other inflammatory disorders, which pulled in $9.7 billion.

The company expects its top seller will begin losing U.S. patent protection late this year, which will expose the drug to cheaper competition.

For 2023, the company forecasts adjusted operational earnings of between $10.40 and $10.60 per share. That range starts off well above Wall Street expectations for $10.33 per share.