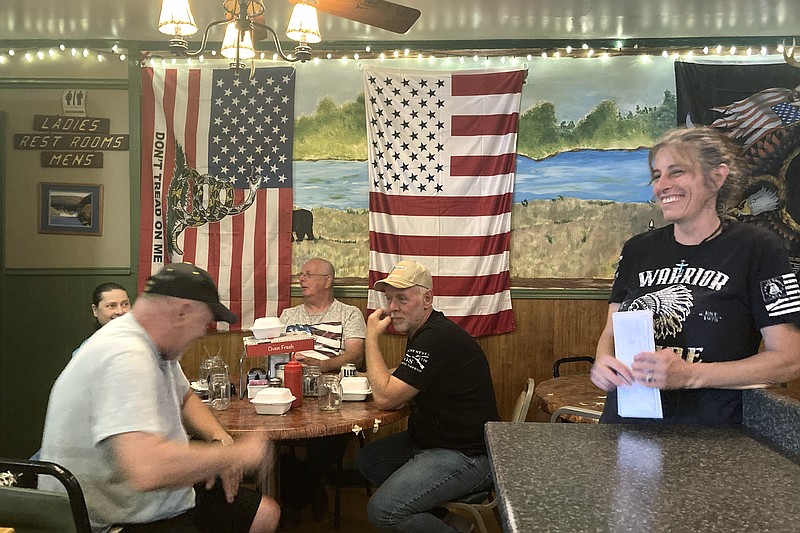 FILE - Pauline Bauer, right, speaks with customers from left, Ron Stevenson, 68, of Jamestown, N.Y., his cousin Glenn Robinson, 68, of Kane, Pa., and his half-brother Paul Boedecker, 71, of Warren, Pa., at Bauer's restaurant, Bob's Trading Post, July 21, 2021, in Hamilton, Pa. A federal judge has convicted a Bauer of storming the U.S. Capitol, where she screamed at police officers to bring out then-House Speaker Nancy Pelosi so the pro-Trump mob could hang her. (AP Photo/Michael Kunzelman, File)

A federal judge convicted Tuesday a Pennsylvania restaurant owner of storming the U.S. Capitol, where she screamed at police officers to bring out then-House Speaker Nancy Pelosi so the pro-Trump mob could hang her.

U.S. District Judge Trevor McFadden decided the case against Pauline Bauer after hearing testimony without a jury. The judge convicted her of all five counts in her indictment, including a felony charge that she obstructed the Jan. 6, 2021, joint session of Congress for certifying President Joe Biden's electoral victory, court records show.

The judge is scheduled to sentence her May 1. McFadden agreed to let Bauer remain free on certain conditions until her sentencing.

In September 2021, McFadden ordered Bauer to be jailed for violating conditions of her pretrial release. Bauer remained in custody for several months while awaiting a trial. The judge can give her credit for the jail time that she already has served.

During her initial court appearances, Bauer expressed an ideology that appeared to comport with the "sovereign citizens" extremist movement's belief that the U.S. government is illegitimate.

Bauer, 55, traveled from her home in Kane, Pa., to hear then-President Donald Trump speak to a crowd of his supporters Jan. 6, 2021, at the "Stop the Steal" rally. Bauer was part of the crowd that forced Capitol police officers to retreat up the stairs in front of the East Rotunda doors, prosecutors said.

Bauer entered the Capitol with a friend, William Blauser, and confronted police officers protecting an entrance to the Rotunda. She shouted at police officers to "bring them out or we're coming in," according to prosecutors.

"They're criminals. They need to hang," Bauer yelled.

Video from a police officer's body camera captured her profanely yelling at the officers to "bring Nancy Pelosi out here now. We want to hang [her]."

She and Blauser left the Capitol about 38 minutes after they entered.

Bauer was arrested in May 2021 along with Blauser, who pleaded guilty to parading, demonstrating or picketing in a Capitol building. In February 2022, McFadden ordered Blauser to pay a $500 fine.

During an interview after her arrest, Bauer acknowledged that her actions angered some of her neighbors. But she insisted that her participation hadn't cost her any friendships or harmed her business.

"A lot of people say that they're proud of me for standing up for my rights," she told an Associated Press reporter during a break in dinner service at her restaurant, Bob's Trading Post.

Bauer was combative with McFadden at pretrial hearings and claimed the court has no authority over her.

She has said she is a "sovereign people," not a sovereign citizen, and referred to herself as "Pauline from the House of Bauer." She told the judge that she doesn't want an attorney to represent her "or any lawyering from the bench."

"I do not recognize your bar card, sir," she told McFadden, who appointed a lawyer to act as her standby counsel. 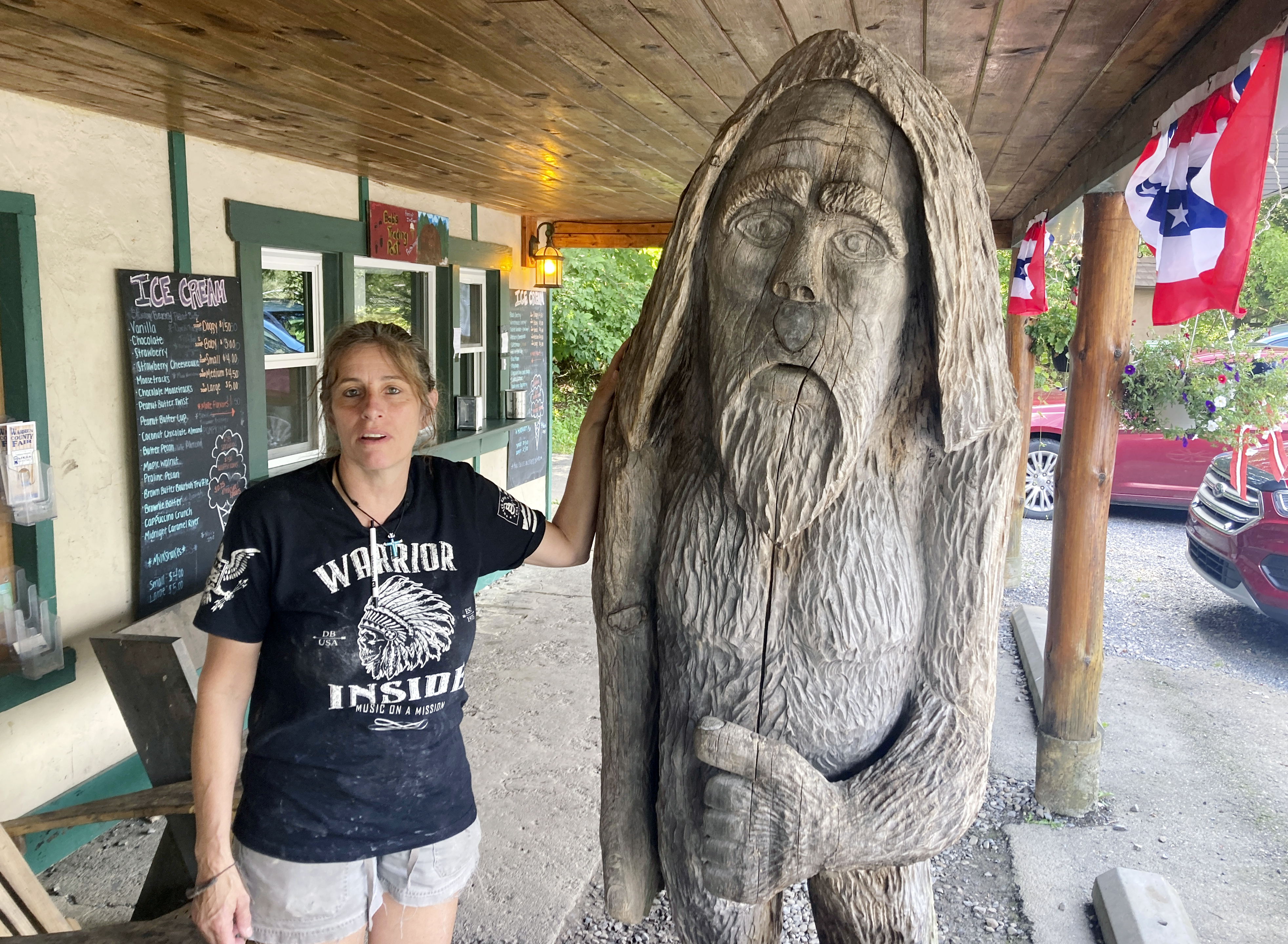 Pauline Bauer leans against a wooden statue outside Bob's Trading Post, her restaurant in Hamilton, Pa., July 21, 2021. A federal judge has convicted a Bauer of storming the U.S. Capitol, where she screamed at police officers to bring out then-House Speaker Nancy Pelosi so the pro-Trump mob could hang her. (AP Photo/Michael Kunzelman)