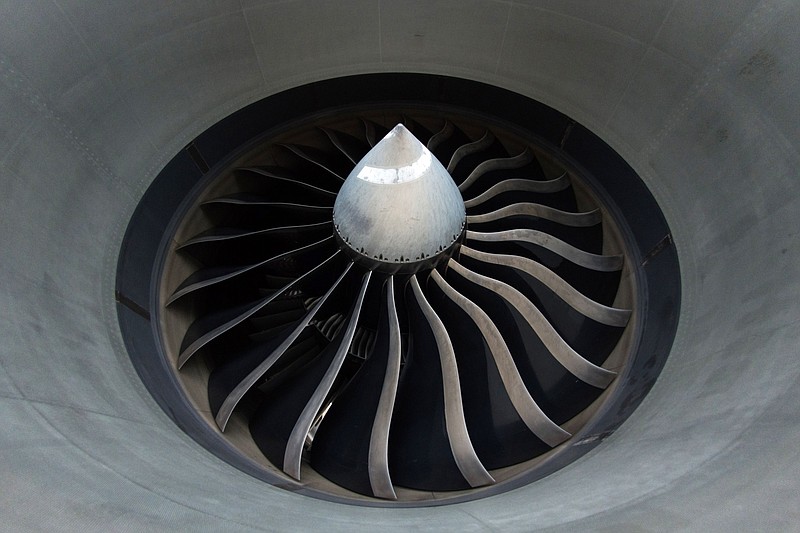 A GE GE90- 15B aircraft engine. MUST CREDIT: Bloomberg photo by Nathan Laine

General Electric expects its profit to climb this year as the conglomerate leverages a strong demand for air travel, even as lingering issues in its renewable energy business weigh on the company's overall performance.

Adjusted earnings will be as much as $2 a share in 2023, the company said Tuesday in a statement that also detailed fourth-quarter results. That's up from 77 cents last year, but still short of the $2.37 average of analyst estimates compiled by Bloomberg. Free cash flow will be in the range of $3.4 billion to $4.2 billion, while sales will also rise, according to GE.

The growth projections come despite the risk of an economic slowdown. In an interview, CEO Larry Culp cited an elevated order backlog and the travel rebound as factors helping GE withstand economic turmoil. Another benefit, Culp said, is that services account for more than half of the company's revenue.

"That, I think, sets us up better than most," he said. "We're ready for 2023. A lot of people will talk about recession; we'll talk about growth."

The outlook offers a glimpse of GE's operations in what will be its first year without its health-care division, which was spun off this month in the first step of Culp's plan to break up the company. The 130-year-old industrial icon's remaining businesses are focused on products such as jet engines, wind turbines and power equipment, before a planned separation next year of the energy units.

Shares of General Electric Co. were volatile in premarket trading Tuesday, erasing an early decline to climb 1% to $80.70 on the day in New York. Through Tuesday's close, shares of the company have gained 22% so far this year.

The energy businesses will lose money in 2023 as GE continues to "drive operational improvements" at its renewables unit, Culp said in the statement. That will weigh on results even as GE Aerospace reports as much as $5.7 billion in operating profit. The company said it expects military-related sales to "yield significant profit growth" this year.

GE's report was solid overall, but strength in aviation and gas-power operations are being offset by "steeper projected losses at renewables," Nigel Coe, an analyst with Wolfe Research, said in a note.

Fourth-quarter free cash flow -- a key measure for investors -- was $4.29 billion, topping the $4 billion average of analyst estimates. Adjusted earnings were $1.24 per share in the period, compared with $1.16 expected by Wall Street.

Ongoing issues at GE's wind turbine unit dragged down the renewables division to a $454 million operating loss. The company previously announced a plan to cut jobs and restructure the business in a bid to reach profitability in 2024.

GE also completed a $6.4 billion debt tender in the fourth quarter, bringing the total amount of debt paid off since 2018 to about $100 billion.