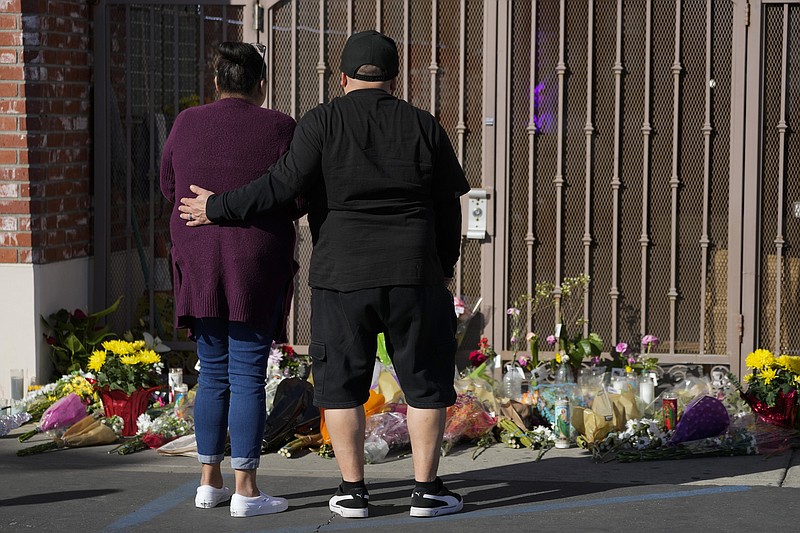 MONTEREY PARK, Calif. -- The 11 people killed in a dance hall shooting ranged in age from 57 to 76, the Los Angeles County coroner's office said Tuesday, as investigators kept looking for a motive in the worst shooting in county history.

Sheriff Robert Luna said investigators were looking into whether the gunman, 72-year-old Huu Can Tran, had relationships with the people who were shot at the Star Ballroom Dance Studio.

Tran fired 42 rounds from a semi-automatic weapon Saturday night, killing 11 people and wounding nine at the ballroom popular with older Asian Americans. He then drove to another nearby dance hall where an employee wrested a modified 9mm semiautomatic weapon away from him, Luna said.

Tran killed himself Sunday as officers surrounded the van he was in. A handgun was recovered from the van, which matched descriptions of the vehicle he used to get away from the dance studio.

The names of the six women and five men killed in Monterey Park were released Tuesday.

Investigators were also looking into reports Tran made twice this month to police in the town where he lived that family members tried to poison him, defrauded him and stole from him a decade or two ago in the Los Angeles area, Hemet police spokesperson Alan Reyes told The Associated Press. Tran never returned with documentation he promised to provide.

"Our investigators will be looking at all those factors to see if it contributed to the madness that occurred," Luna told reporters.

Sheriff's deputies from Los Angeles County searched Tran's home in a gated senior community in Hemet, a little more than an hour's drive from the site of the massacre.

Officers found a .308-caliber rifle, several bullets and evidence that he was making homemade firearm suppressors that muffle the sound of the weapons.

Hemet police had no records of any incidents involving Tran in the community or calls for service at his home, Reyes said.

Authorities have shared little about Tran, who owned a trucking company in Monterey Park from 2002-04, according to state business records. He was arrested for unlawful possession of a firearm in 1990 and had a limited criminal history, Luna said.

Luna could not immediately say if a gun arrest at a time when firearms laws were different would have barred him from owning weapons.

Lost in the aftermath of the Monterey Park shooting is an alarming fact: It took five hours for authorities to alert the public that the gunman was on the loose.

A timeline of events shows that police were silent for hours, not only about a shooter being on the run but about the fact that a shooting had taken place at all, with information trickling from police scanners and sources rather than official channels.

Luna said Monday that his department was "strategic" in its decision to release information but that he would review what happened.

"When we started putting out public information, the priority was to get this person into custody," Luna said. "Ultimately it worked. ... Nobody is as critical as ourselves as to what worked and specifically what didn't work and evaluate that."

Experts say the weekend mass shooting highlights the lack of national standards for notifying the public and the need for an aggressive alert system -- similar to Amber alerts -- that would immediately set off alarms on cellphones in surrounding areas and post warnings on highway signs.

More than 1,600 federal, state and local jurisdictions -- including Los Angeles County -- are equipped to send such cellphone alerts through the federally funded Integrated Public Alert and Warning System, according to the Federal Emergency Management Agency.

"We have the technology," former FBI agent Gregory Shaffer said. "It's just not being utilized."

Rep. Mike Thompson, a California Democrat, said late Monday that he intends to re-introduce a bill that would've established an Active Shooter Alert Network to replace the messy patchwork of alert systems. 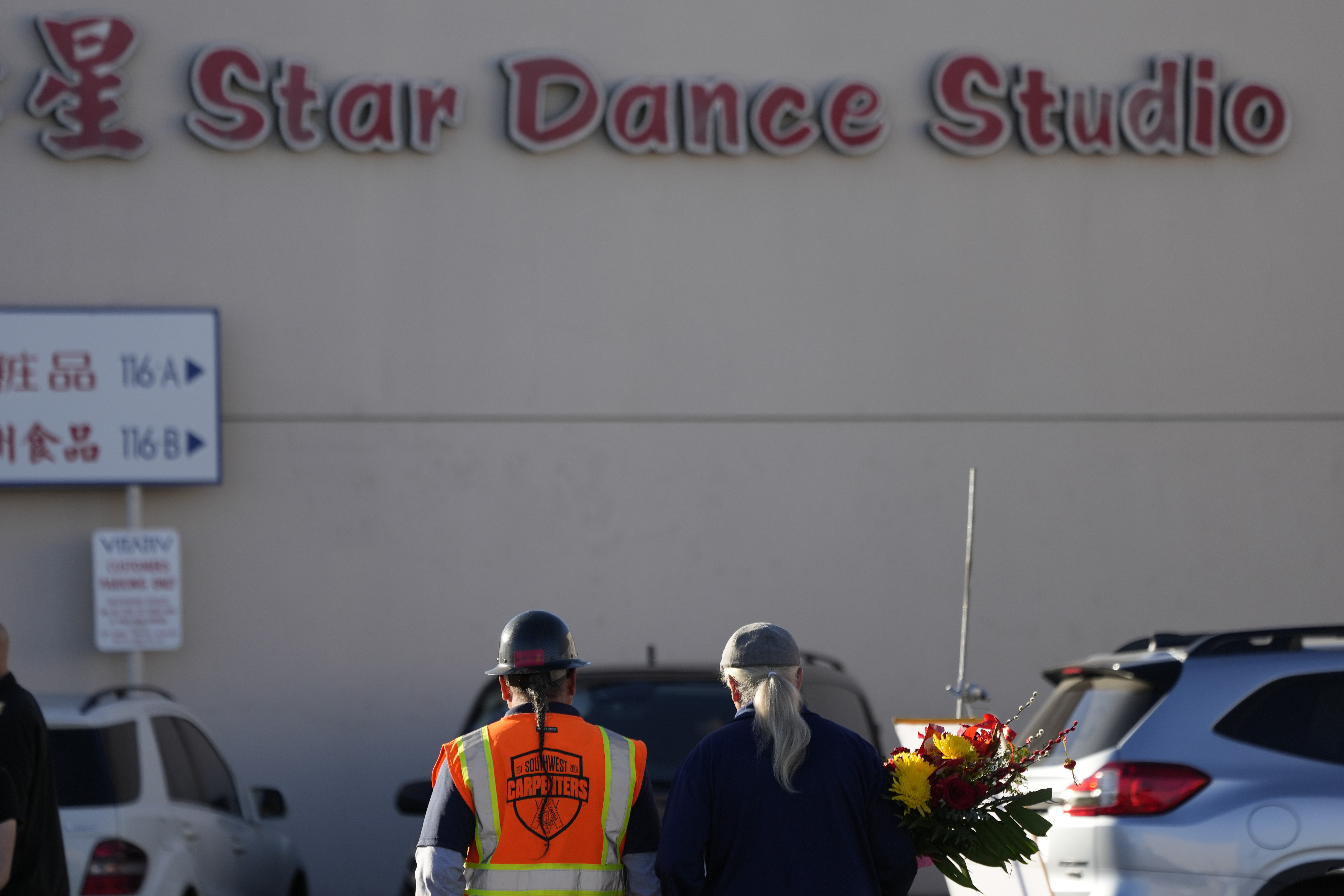 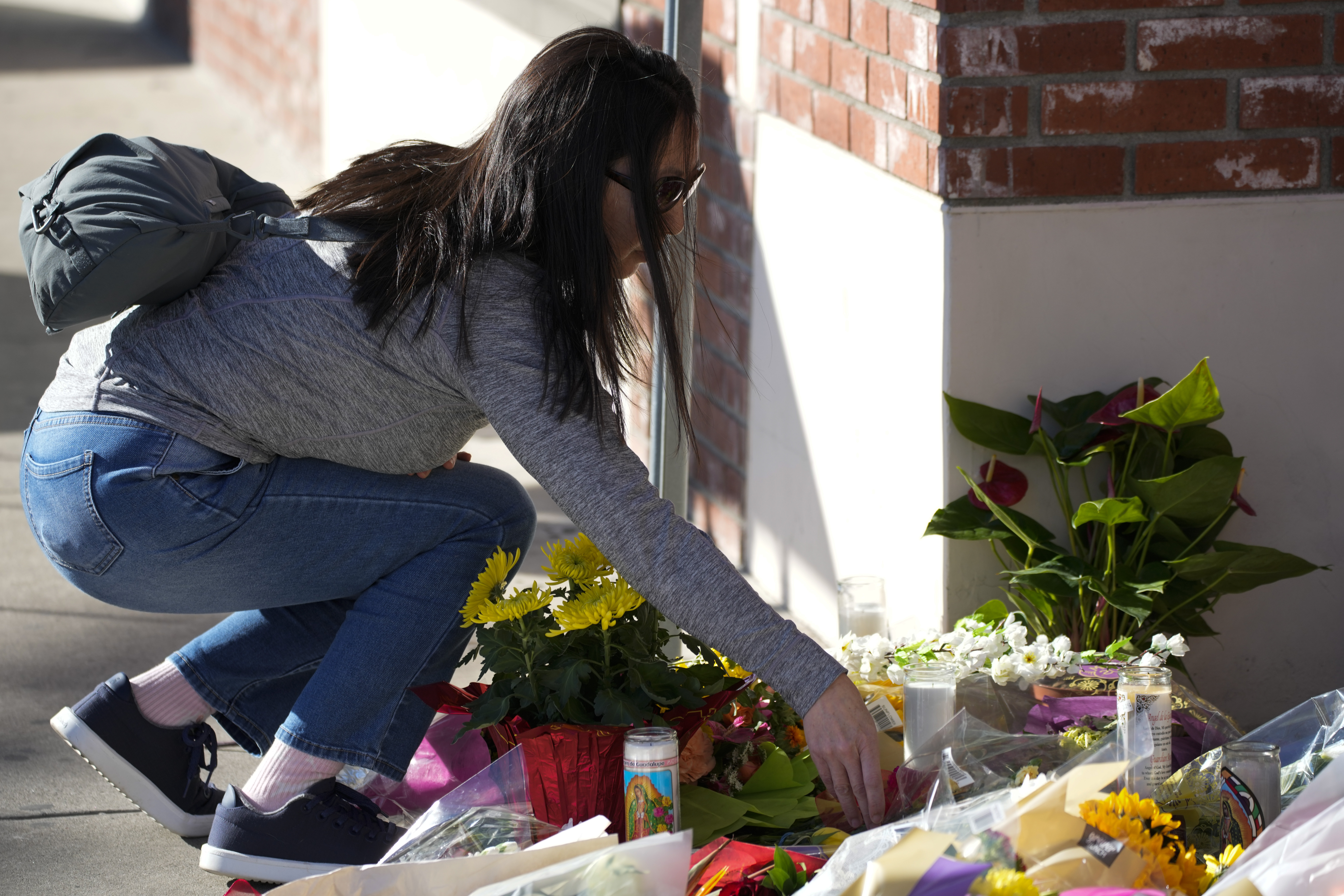 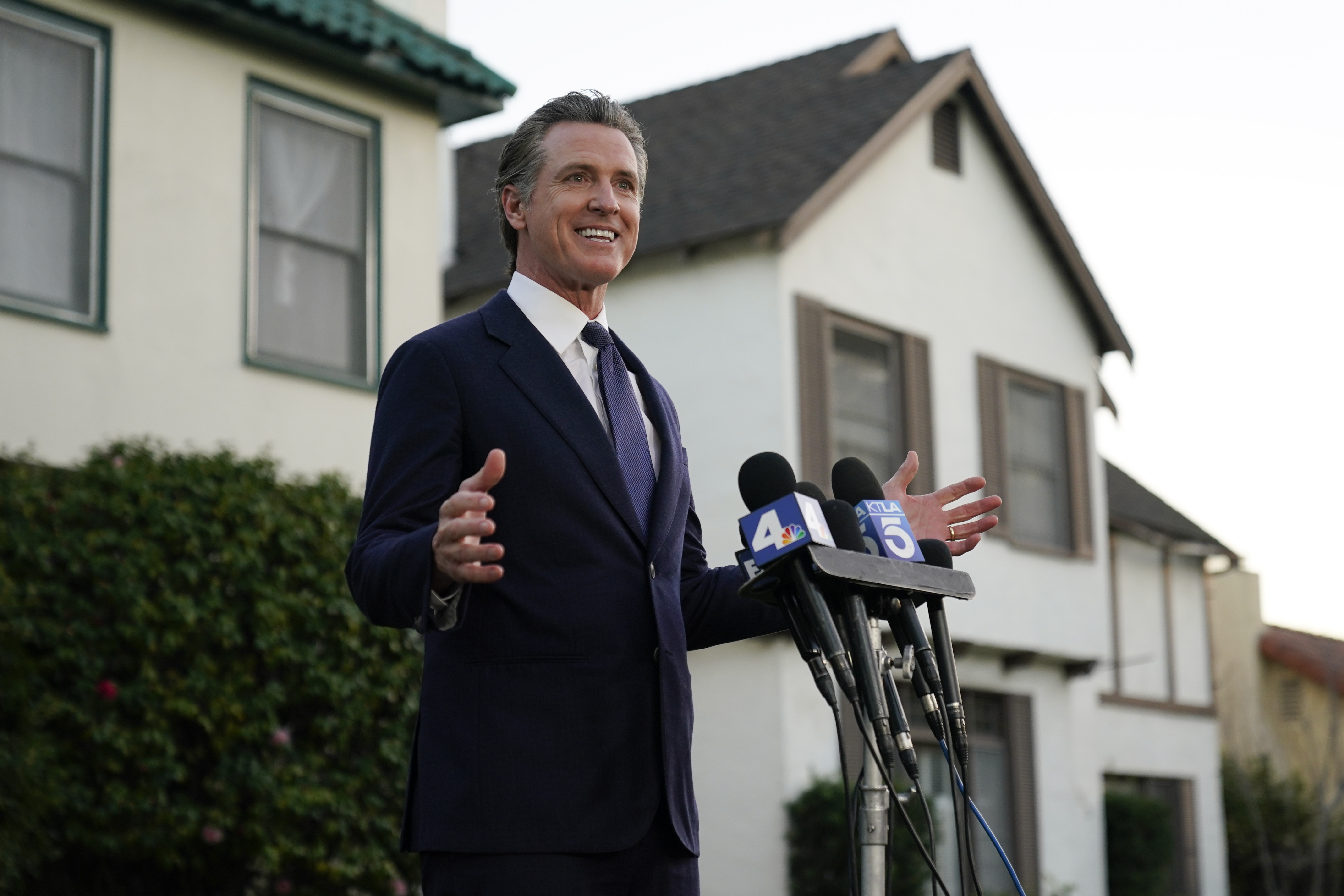 California Gov. Gavin Newson speaks to reporters outside the home of Brandon Tsay, 26, after meeting with him on Monday, Jan. 23, 2023, in San Marino, Calif. Tsay disarmed a gunman who killed multiple people late Saturday amid Lunar New Years celebrations in the predominantly Asian American community of Monterey Park. The gunman started at the Star Ballroom Dance Studio in Monterey Park and continued to Lai Lai Ballroom and Studio in Alhambra, where he was disarmed by Tsay. (AP Photo/Ashley Landis)