Contract focused on programming, marketing at Butterfield Stage, Victory Theater among those OK’d by Rogers 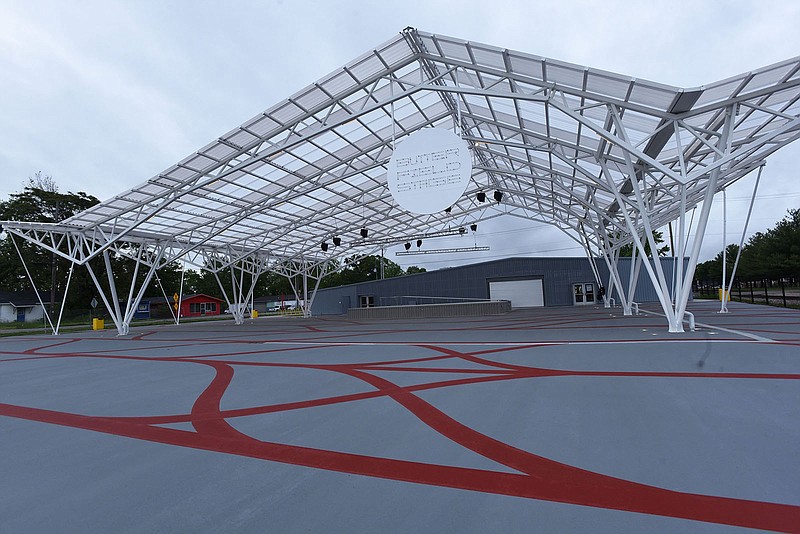 Engineering design firm Burns & McDonnell will review and update city code regarding the use of pervious pavers for detention and paving.

The firm will help create standards for the pavers in addition to related training for city staff and materials to distribute to the local design community, which has begun using the technology recently, according to John McCurdy, director of community development.

The council approved a contract to pay the firm $30,000 from the city's general fund reserves.

Crowne Group of Fayetteville will continue to provide programming, marketing and promotional services related to the city's downtown entertainment venues.

The council approved a contract that includes the Butterfield Stage, which Crowne Group has helped promote in previous years, as well as the Victory Theater, which will be renovated later this year to host live music.

The total amount of the contract is about $400,000, including an approximately $200,000 Walton Family Foundation grant to double the city's arts and culture programming budget, McCurdy said. Funds for the contract were included in the 2023 budget, he said.

A project at the Rogers Executive Airport will replace old taxiway lighting in addition to other renovation work.

The council approved a $88,125 contract with engineering firm Garver for design, bid and construction phase services.

The $98,125 project will receive a 90% Federal Aviation Administration grant, according to airport manager David Krutsch. The city will use money from the airport fund reserves for the project.

The council approved an $86,000 agreement with Play by Design Inc. of Tulsa, Okla., for the equipment, which will be placed throughout the downtown park.

In other business, the council approved the purchase of two Chevrolet Tahoes for the Police Department for $112,434 from Superior Chevrolet in Siloam Springs.

Council members voted unanimously to approve each of the items. Mark Kruger abstained during the vote on the airport contract.

• Affirmed the reappointments of Nancy Swearingen to the Museum Commission and Richard Bland to the Library Board of Trustees. Swearingen’s term will expire at the end of 2026. Bland will remain a trustee through the end of 2028.