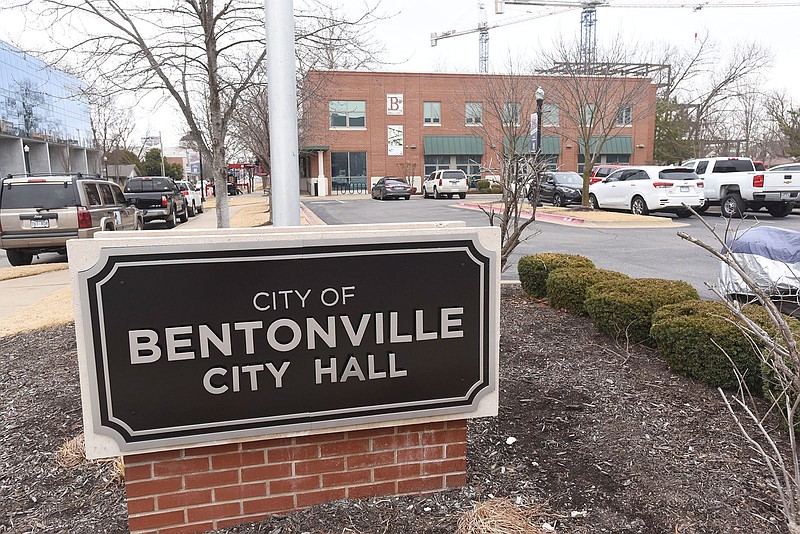 Jeff Webster, work group chairman, gave about a 30-minute overview to the council before public comment started and was followed by discussion among the council.

The City Council passed a resolution to recognize recommendations of the work group and to affirm the city's commitment toward finding and implementing attainable housing solutions.

Council member Bill Burckart, a member of the work group, said the lack of affordable housing is a crisis in the city and the report provides actionable items. He said he was strongly in support of the resolution.

Council member Cindy Acree she fully supports what the work group has done.

Recent analyses show Fayetteville -- and by extension the rest of the region -- is the most competitive small-rental market in the United States, and home prices in Northwest Arkansas are climbing faster than anywhere else in the country, according to an executive summary that was part of council documents.

The Housing Affordability Work Group was established by the City Council on Nov. 9, 2021.

According to the summary, over the course of 12 months the work group achieved its three primary goals of:

• Bringing clarity to what is really meant by "affordable housing."

• Building an extensive data set to understand the housing landscape and to unlock issues that will need to be addressed. The data includes best practices from across the nation that the city can "adopt and adapt" to the unique characteristics of the city.

• Developing a city-driven process -- Project ARROW -- with active management that will achieve fast action, motivating developers to build the housing that is needed, generating wins for the city, businesses, the developers and the Bentonville workforce.

The primary recommendation of the work group is to adopt the Project ARROW approach to help the city meet its affordable housing goals, according to the 66-page report.

Additional recommendations include creating a tiered process that targets the majority of the Bentonville workforce that most struggles with finding and retaining housing within the city and establishing and utilizing developer incentives for affordable housing developments that meet predefined criteria, including income tier, proximity to existing infrastructure and location within the city, according to the report.

Project ARROW is a targeted approach to catalyze an increased supply and accessibility of affordable single-family and multifamily developments in the city. It includes a tiered system for developers that require them to provide more and more benefit to residents as the developer incentives increase -- such as density bonuses, specialized zoning and expedited approval processes to reduce the development cycle time. Project ARROW also has straightforward compliance measures and concrete success metrics so the city can ensure it is meeting its affordable housing goals, according to the report.

The basic elements of the structure of Project ARROW are simple, according to the report.

They are derived from the components of Bentonville's Affordable Housing mission as developed by the work group: Create an environment in which developers will build affordably priced housing in neighborhoods with convenient access to jobs, services and amenities that promote a variety of transportation options, ensuring target populations live there and that the city, developers, businesses and the workforce of Bentonville benefit, according to the report.

A new city position, affordable housing manager, should be created to work with interested developers, to oversee compliance, to identify additional funding and its use and to coordinate with city departments to expedite the development cycle on affordable projects, according to the summary.

"We need to take action," he said of building affordable housing.

Six major barriers that prevent affordable housing from being built were identified by the work group. They are: total development cycle time, zoning limitations, regulatory infrastructure, permit costs and fees, land costs, lack of access to affordable options and participation in government programs.

"We have to do something," he said of addressing affordable housing. "We just can't talk about it anymore. This will work."

Others who spoke during the public comment period also praised the plan's recommendations and what could be accomplished in the future, calling it a great opportunity for the city.

The Bentonville Housing Affordability Work Group adopted the definition coined by the U.S. Department of Housing and Urban Development: Affordable housing is a dwelling that a family or household can obtain — whether through rent, purchase or other means — that costs approximately 30% or less of the household’s income.

“Affordable housing” is a subset of “workforce housing” since income is a key element of the definition. However, it should not apply to the entire workforce, since the more economically stable households generally have wage earners with higher paying jobs and are less likely to be going over HUD’s “more than 30% of income” threshold.

To make the distinction clearer, the work group determined it should target three groups based on income that are broken into tiers.

• Tier 3: Households making 30% to 50% of median family income, which roughly translates to an annual household income of $20,000 to $39,999. This group includes firefighters, social service providers, health support occupations and more.

• Tier 2: Households making 50% to 80% of median family income for the region, which roughly translates to an annual household income of $40,000 to $59,999. This group includes teachers, law enforcement, sales-related positions and more.

• Tier 1: Households making 80% to 120% of median family income for the region, which roughly translates to an annual household income of $60,000 to $99,999. This group includes management occupations, business and financial operations, architects and engineers and more.