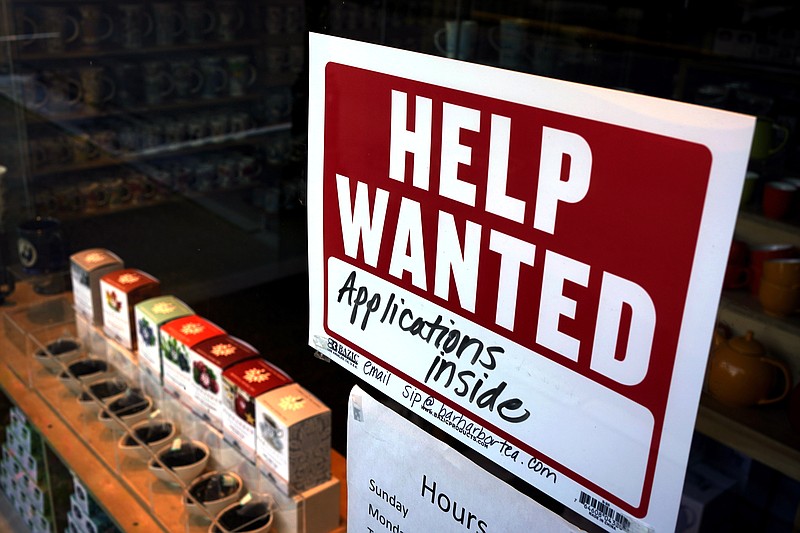 Employment in Arkansas in December rose for the first time in six months, dropping the state's joblessness rate to 3.6%.

Arkansas' civilian labor force rose by 263 jobs, with 596 more employed and 333 fewer unemployed Arkansans. In December, the United States' unemployment rate dropped to 3.5%, from 3.6% in November.

As the year closed, there were more Arkansans with jobs than in 2021 and the state's labor force participation rate was up three-tenths of percentage point from year to year, with the labor force up 21,372 from December 2021. Unemployment was 3.3% in December 2021.

"We're still a strong economy and moving in the right direction," Commerce Secretary Hugh McDonald said Tuesday. "I don't worry too much about a tenth of a percent jump from one month to the next, either up or down."

Overall concerns about inflation and the potential for a recession do not seem to be weighing down employment in Arkansas, according to Michael Pakko, chief state economist at the Arkansas Economic Development Institute.

Unemployment had been ticking slightly up over the past few months before reversing from 3.7% in November to 3.6% last month.

"The weakness is not getting any worse and maybe there's even a little bit of improvement," Pakko said. "There wasn't anything phenomenal other than a little bit of evidence against a weakening trend."

With 80,000 job openings across the state, McDonald said it is encouraging that labor-force participation is gaining strength with more Arkansans in the job market.

"The change in the labor force over the past year is really positive," said McDonald, who is in charge of economic development efforts in the state. "Our biggest challenge is finding the workforce for all the job openings."

Rising interest rates, pressure from inflation and the looming threat of a recession led to some expectation that unemployment would continue to increase. "Most economists were expecting to see a market slowdown, but we're starting from a very strong position," Pakko said. "Perhaps economists were being too pessimistic about the job outlook."

The biggest gain over the month was in trade, transportation and utilities, which added 2,700 jobs.

Nevertheless, Arkansas' nonfarm payroll jobs increased by $19,300 year-over-year and nine industry sectors reported growth. Five sectors each added more than 2,700 jobs, including some sectors that lost jobs from November to December. "We made progress over the course of the year," Pakko said.

For instance, the educational and health services sector and the leisure and hospitality industry recorded job gains in 2022 compared to December 2021.

Educational and health services led the way with an increase of 5,000 jobs; manufacturing also gained 5,000 jobs over the year.

Leisure and hospitality, which was decimated during the early months of the covid-19 pandemic, gained 4,100 jobs, mostly in hotel and food service businesses.

In 2022, the state's lowest monthly unemployment rate was 3.1% in February and March while 3.7% in November was the highest.

In December, unemployment increased in seven states and four other states besides Arkansas posted decreases, according to the U.S. Department of Labor. Utah had the lowest unemployment rate in December at 2.2%. The next lowest rates were at 2.3% in North Dakota and South Dakota.