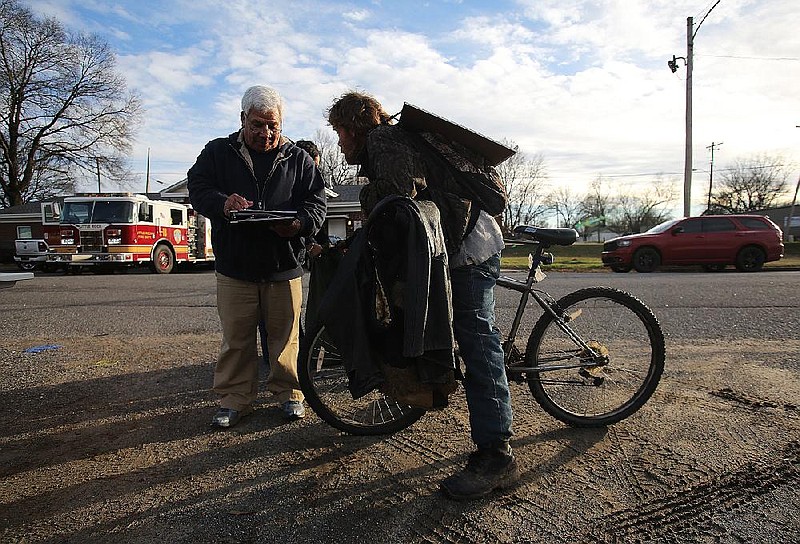 Volunteer Victor Moya jots down information from Kevin Teer while conducting a count of homeless people on Roosevelt Road in Little Rock in this January 2019 file photo.

Across Arkansas Thursday night, the state's homeless population will be accounted for.

The population numbers will be logged as part of the U.S. Department of Housing and Urban Development's Point-in-Time count of the country's homeless population.

Arkansas' count was originally scheduled for Tuesday but was postponed due to the winter weather that threatened the region.

The count, which first occurred in 2007, is typically held every two years and counts the country's homeless who are in sheltered and unsheltered locations.

Due to the compounding nature of the covid-19 pandemic, the Point-in-Time operation held in 2022 was the first full count conducted since 2020 and resulted in the count taking place again this year.

The count in the Little Rock-area is orchestrated by Central Arkansas Team Care for the Homeless.