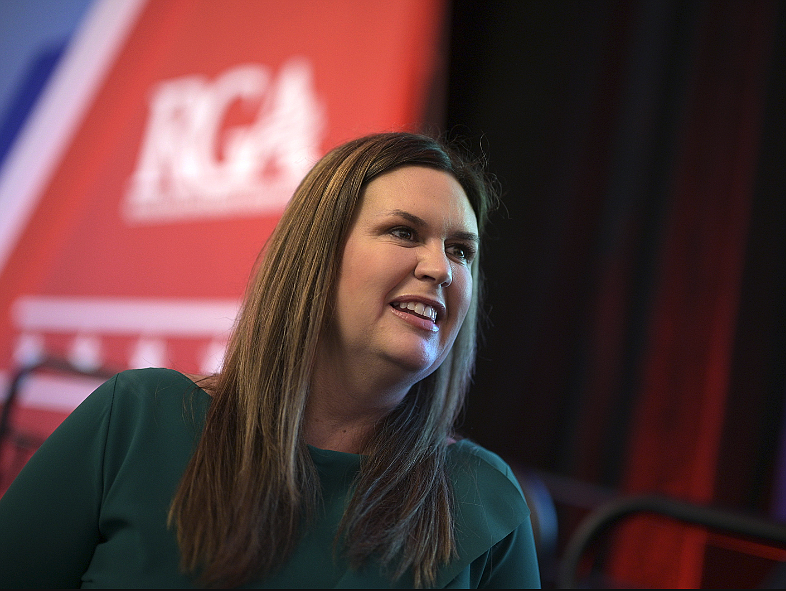 Gov. Sarah Huckabee Sanders said Wednesday she would donate any pay raise she receives as part of a potential salary hike for elected officials to charity.

"I ran for governor to serve the people and will not rest until we have a government that is as good and decent and hardworking as the people of Arkansas," Sanders said in a post on social media.

Sanders did not specify any charitable organizations in her tweet.

The panel responsible for setting the salaries of elected state officials approved on Friday a proposal for a 6% pay increase for Arkansas' constitutional officers and members of the General Assembly. The Independent Citizens Commission plans to meet Feb. 3 to consider a resolution recommending the salary increases.

After opposing the Independent Citizen Commission's plans to raise salaries for lawmakers, Rep. David Ray, R-Maumelle, filed legislation Monday that would ask voters to consider repealing the commission. If approved by legislators, House Joint Resolution 1001 would create a ballot measure to dissolve the board and return the authority of setting salaries for state elected officials to the Arkansas House and Senate.

Ray said he objected to pay increases for lawmakers while the state faces pressing budgetary needs that include teacher pay increases, expanding prisons and tax cuts. As of Monday, he said his opposition applied only to raises for members of the General Assembly and that he had not compared the salaries of Arkansas' constitutional officers — including the governor — with those paid by other states.

Annabelle Tuck, chair of the Independent Citizens Commission, has defended the panel's proposed increases, saying they would come out of funds allocated to the state's constitutional officers fund. If the money in the fund isn't spent by the end of the year, much of it would be moved into the state's central services fund, which covers the salaries of most state officials.

"The concern was that it would take money from education and prisons," Tuck said during an interview Monday. "This money isn't going to take away from any of that."

The House speaker and Senate president pro tempore are paid salaries of $50,661. Legislators are paid $44,356, according to the state auditor's office.

The Independent Citizens Commission was created under Constitutional Amendment 94, and approved by voters in November of 2014. The panel is also responsible for setting the salaries of judges and prosecuting attorneys.