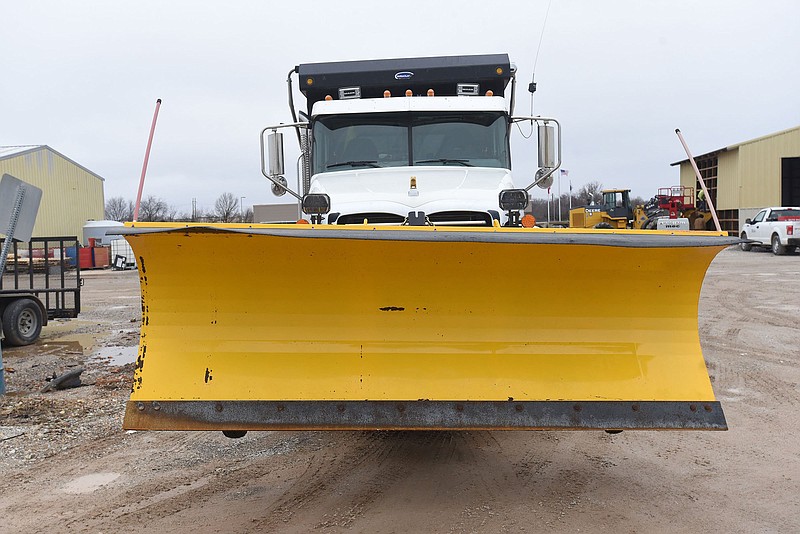 Snow is expected to wallop Northwest Arkansas and the River Valley today, according to the National Weather Service.

A winter storm warning is in effect for all of Northwest Arkansas this afternoon into tonight. Winter storm warnings were issued Monday where confidence was highest there would be at least 4 inches of snow, according to the weather service in Tulsa, Okla.

Heavy, wet snow with accumulations of 6 to 12 inches are possible, the weather service reported.

Rain is likely between 1 and 4 p.m. today, then snow is likely afterward. It will be mostly cloudy with a high near 40.

The snow could be heavy at times tonight with a low around 32. Winds could gust as high as 20 mph. The chance of precipitation is 100%, according to the weather service.

"It will be a heavy, wet snow, but it won't be around for too long," said Pete Snyder, a meteorologist with the weather service.

Tuesday evening and Wednesday morning commutes are likely to be affected.

The Fort Smith area could see 3 to 5 inches of snow, Snyder said.

Fort Smith Public Schools is monitoring the approaching winter weather forecast for the area. Should the district pivot from on-site to remote learning due to inclement weather, the district will notify families via text message, email, the School District app and district social media, according to a School District news release.

The county won't be able to do too much pre-treatment of roads because rain will wash it away, Frasier said. Grit will be put down on bridges if there isn't too much rain, he said.

Jeff Crowder said the Washington County Road Department is preparing for a particular type of snow event, one that will require snowplows and gravel instead of ice-melting pre-treatment.

"We're going to be going to split shifts starting tomorrow, with 12 hour shifts until it's over," Crowder said Monday. "We're getting our plows put onto our trucks and we've got our chip beds loaded. With this event, we're anticipating more of a plow event. With the rain that's expected, if we try to pre-treat the roads it will just wash off."

Washington County has a priority list of roads that will need attention based on traffic counts and the need to access all areas of the county, he said.

Travel will become hazardous to impossible across portions of the area late this afternoon into tonight, according to the weather service.

The snow should taper off Wednesday morning. Wednesday's high temperature is expected to be 36.

John Luther, Washington County's director of emergency services, said the timing of the storm should be helpful, with most people able to get home Tuesday afternoon and stay off the roads if necessary. He also said recent warmer temperatures should help melt any snow accumulations.

"We're just watching and waiting to see what Tulsa [the National Weather Service office] tells us," Luther said. "These overnight events are good because a lot of folks who can stay at home are able to do so. We always tell people if you don't have to be out in it, don't."

Due to the weather, Springdale Mayor Doug Sprouse moved the Springdale City Council meeting up from 6 p.m. to noon today at the Tiered Training Center, 201 Spring St.