Reid: Mahomes will play vs. Cincy

KANSAS CITY, Mo. -- Kansas City Chiefs Coach Andy Reid said Monday that Patrick Mahomes will play Sunday in the AFC Championship Game against the Cincinnati Bengals, and that the high ankle sprain the All-Pro quarterback sustained against the Jacksonville Jaguars last weekend is less severe than the one he played through during the 2019 season opener.

Mahomes was hurt in the first quarter of Saturday's win over Jacksonville when pass rusher Arden Key landed heavily on his right ankle. Mahomes finished the drive but was hobbling badly, and Reid and the training staff forced him to get an X-ray -- it came back negative -- and do some agility testing at halftime before allowing him back in the game.

In the meantime, backup Chad Henne led the Chiefs on a 12-play, 98-yard touchdown drive in the 27-20 victory.

Mahomes played well in the second half, but the Chiefs dramatically altered their offense to account for his reduced mobility.

Mahomes rarely went under center and threw almost exclusively from the pocket, rather than scrambling to buy time and make the many off-schedule throws that have made him so dynamic over the years.

He still threw for 195 yards and two touchdowns, including the eventual clincher with about 7 minutes to play.

Mahomes said afterward that his ankle felt better than expected and he vowed to play in the AFC title game -- the fifth consecutive one hosted by Kansas City and a rematch of last year's game won by Cincinnati in overtime.

"Pain is pain," Mahomes said. "You're going to have to deal with it."

Reid said it was too early to tell how much Mahomes will practice this week. The Chiefs typically spend Monday reviewing film and getting treatment, then the players get Tuesday off, before their first full practice on Wednesday.

"When we get to that Wednesday practice we'll see where we're at," Reid said. "I've got to see how he feels."

Asked whether Mahomes could play without practice, Reid replied: "Who the heck knows?"

"He's done some amazing things with limited time," Reid added. "I think so. He's never had to do it."

Mahomes sustained a similar ankle injury in the 2019 opener against Jacksonville, and Reid said "I think this one isn't quite as bad as that one."

In that case, Mahomes played the following week in Oakland, going 30 of 44 for 443 yards and 4 TD passes without an interception in a 28-10 win over the Raiders.

Regardless of whether Mahomes practices, Henne is likely to get more repetitions than usual. And while the quarterbacks have vastly different styles, Reid doesn't believe they will dramatically alter the Chiefs' game plan.

The Chiefs proved they can take pressure off the quarterback with the ground game on Saturday night, running for nearly 5 yards per carry against Jacksonville. Isiah Pacheco had 95 yards rushing, much of it coming on Henne's long scoring drive.

The Chiefs' wide receivers struggled against the Jaguars, forcing the Chiefs to lean heavily on Travis Kelce, who had 14 catches for 98 yards and two scores. Kadarius Toney was their top wide receiver with five grabs for 36 yards, but nobody else in the group had more than two receptions or 29 yards.

The Chiefs have lost three consecutive to the Bengals, all since January 2022, including last year's AFC Championship Game. That was the only one of the three played at Arrowhead Stadium, though just like the rest, the Chiefs wound up losing by a field goal. In that game, Kansas City blew a 21-3 lead in the 27-24 overtime defeat. 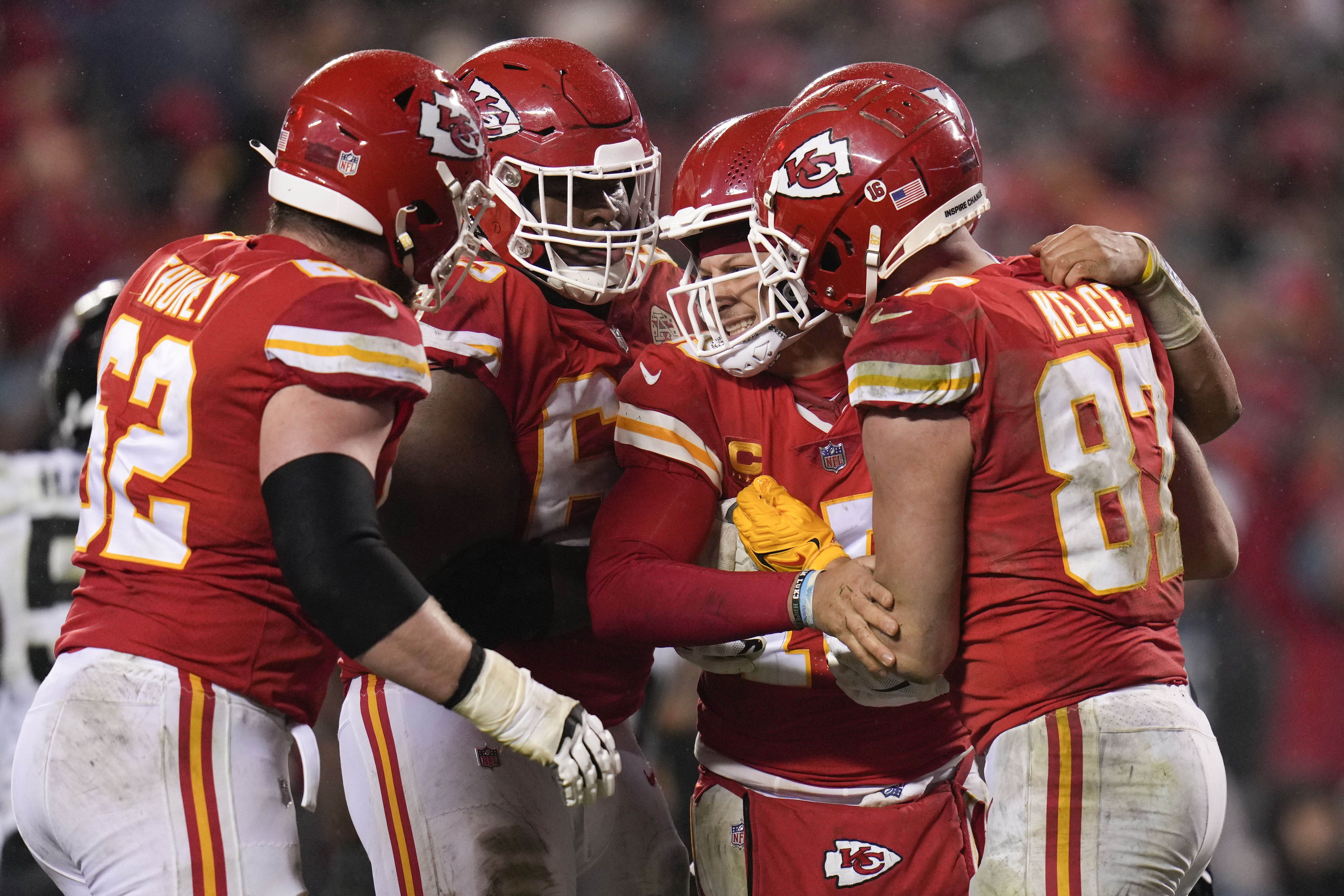 Kansas City Chiefs quarterback Patrick Mahomes (15) is helped by teammates after a play against the Jacksonville Jaguars during the second half of an NFL divisional round playoff football game, Saturday, Jan. 21, 2023, in Kansas City, Mo. (AP Photo/Jeff Roberson) 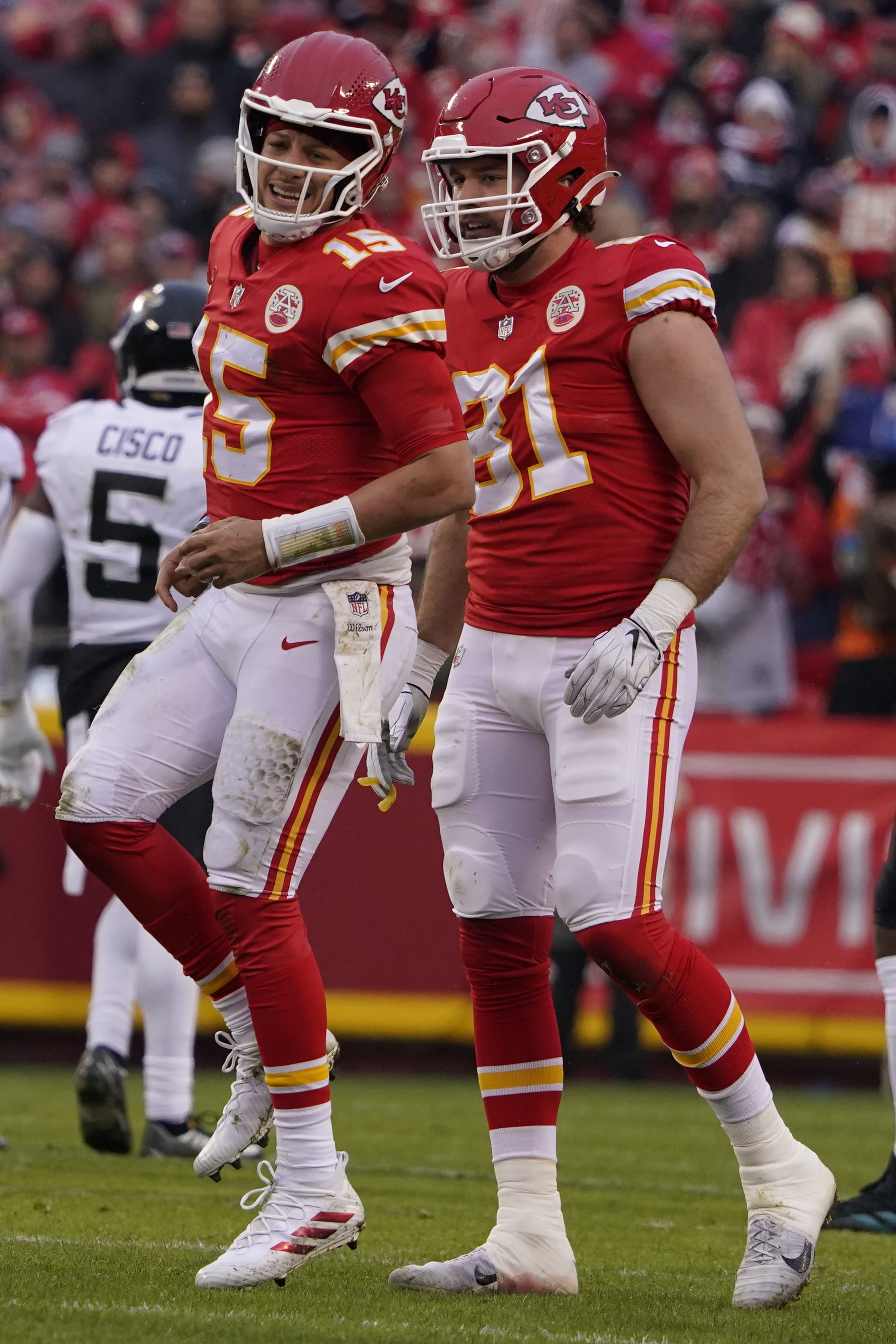 Kansas City Chiefs quarterback Patrick Mahomes (15) limps after an injury during the first half of an NFL divisional round playoff football game against the Jacksonville Jaguars, Saturday, Jan. 21, 2023, in Kansas City, Mo. (AP Photo/Ed Zurga) 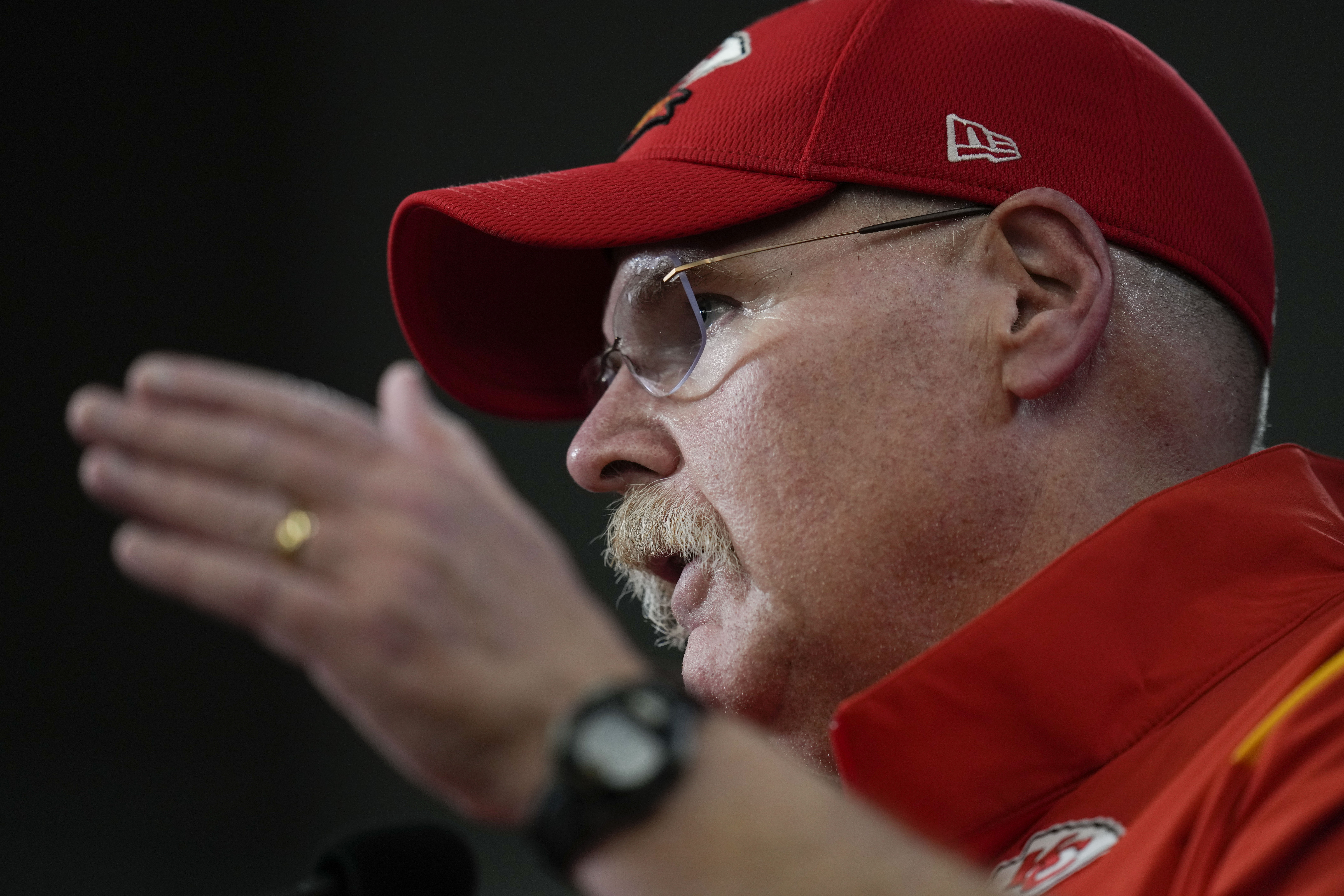 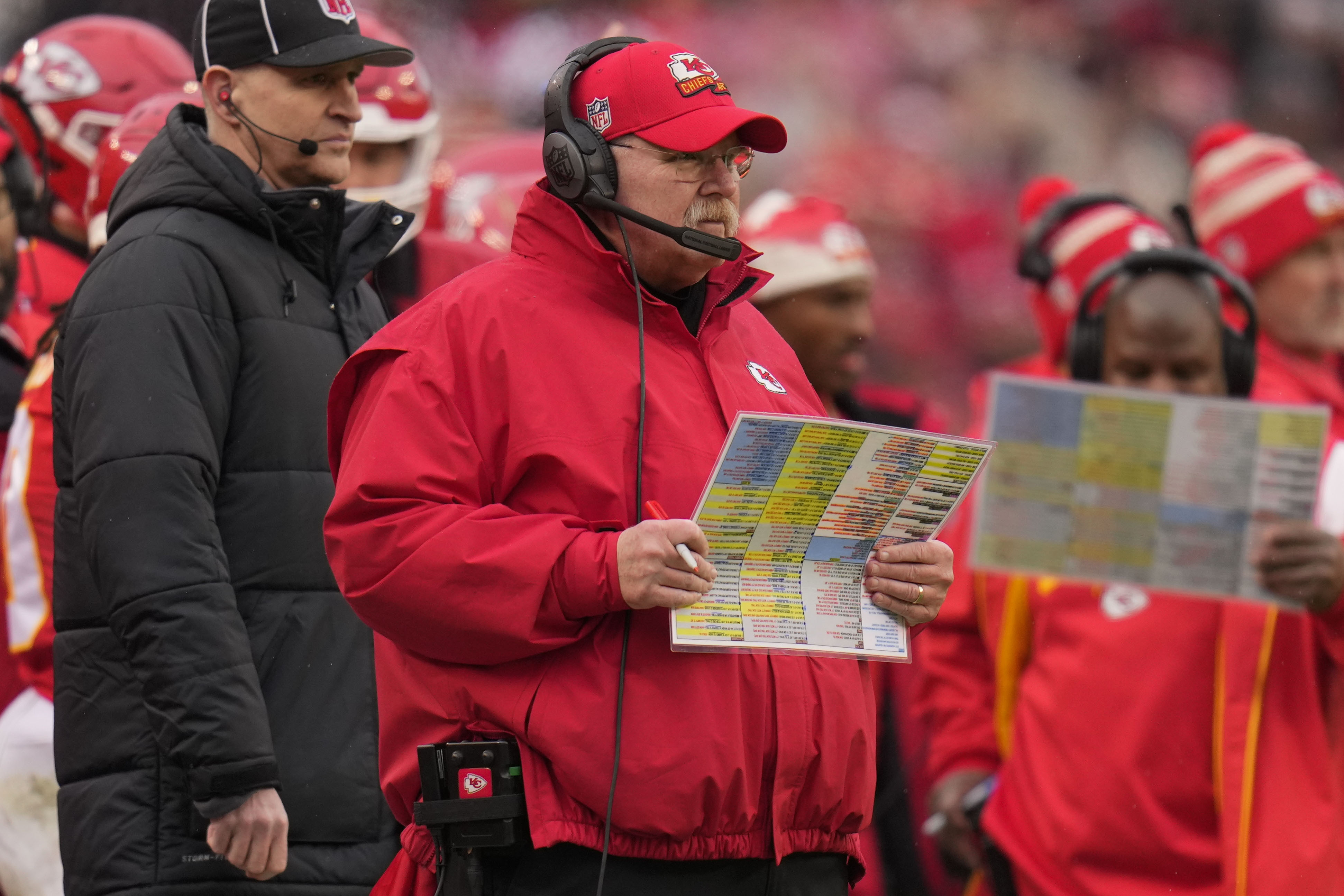 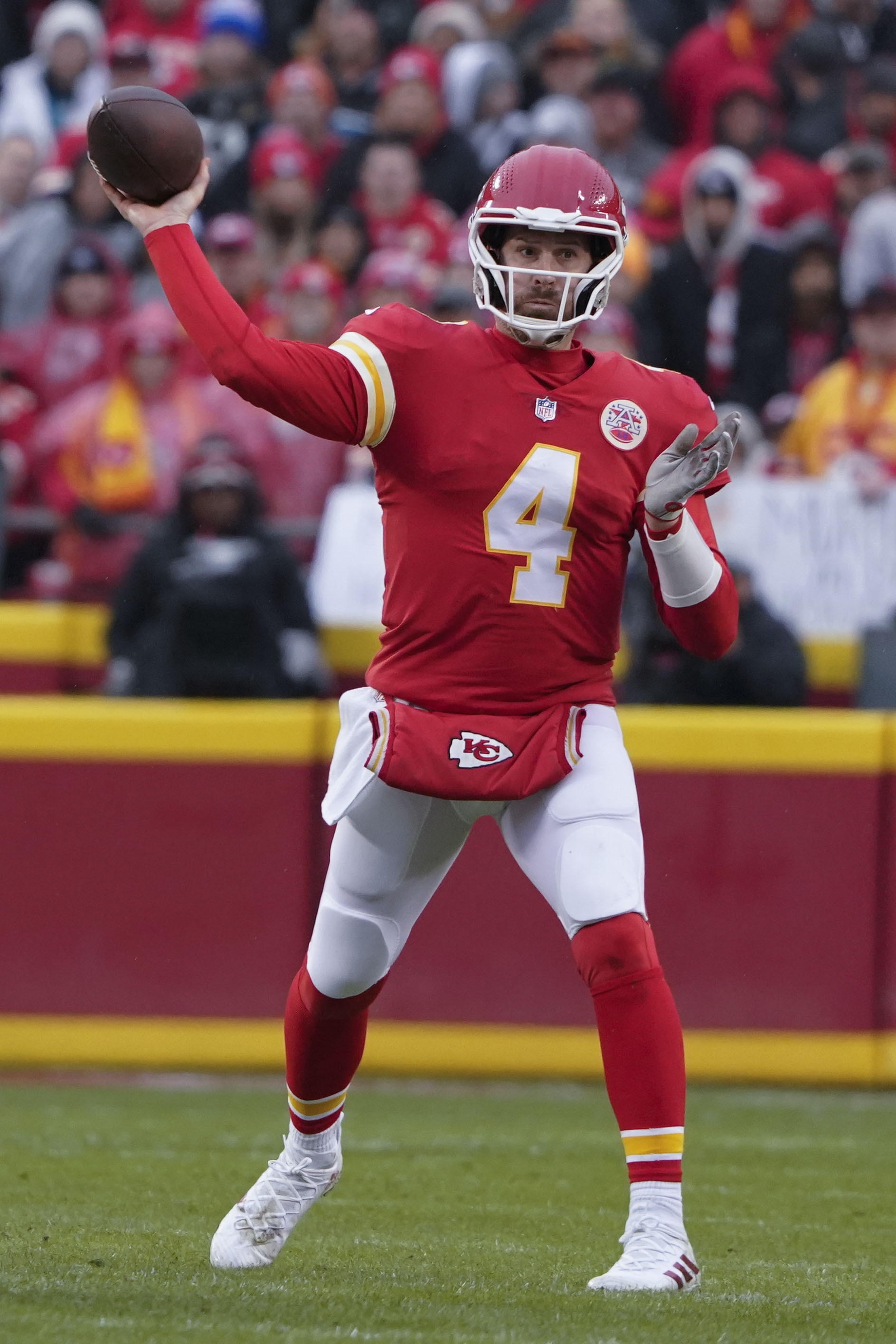 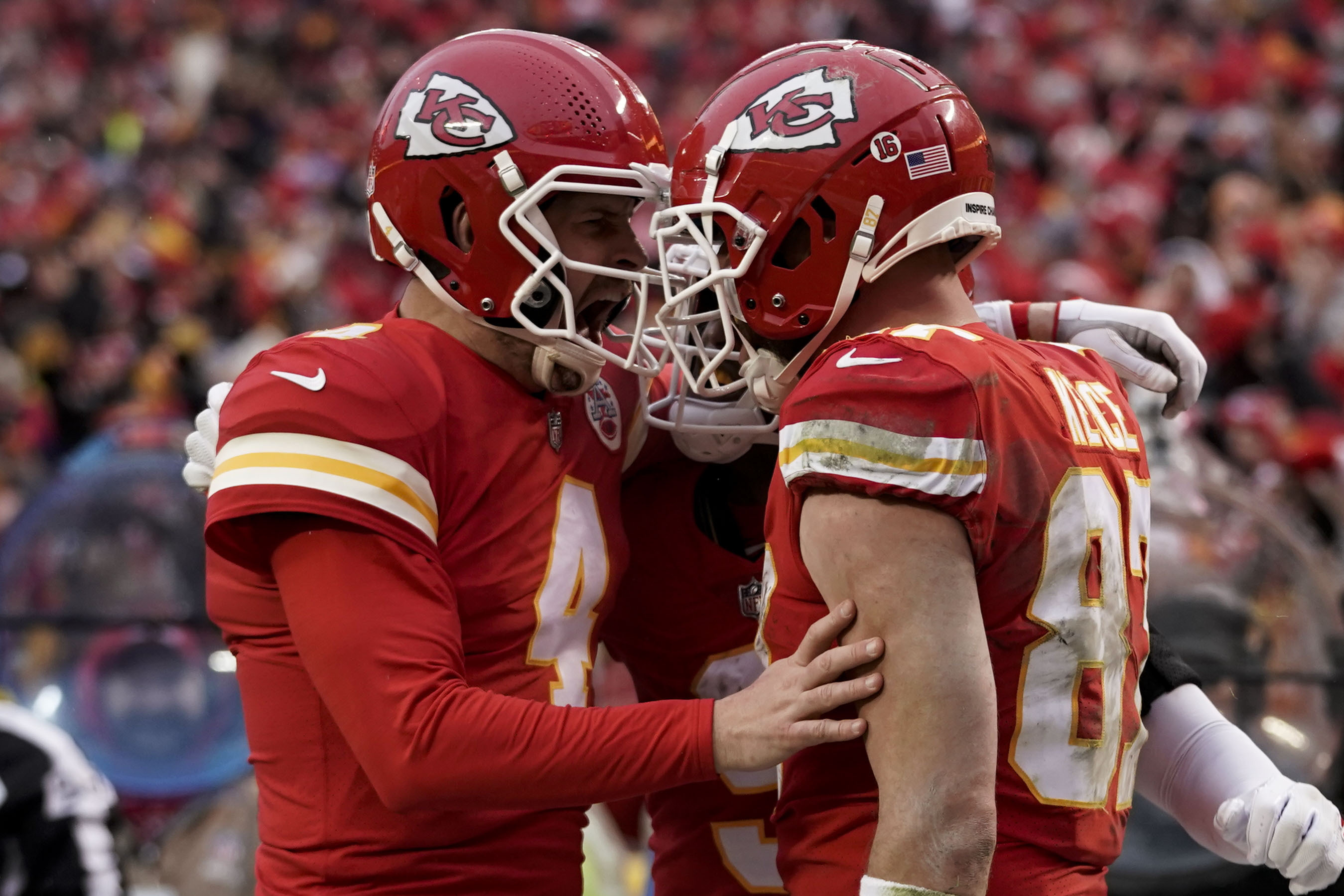