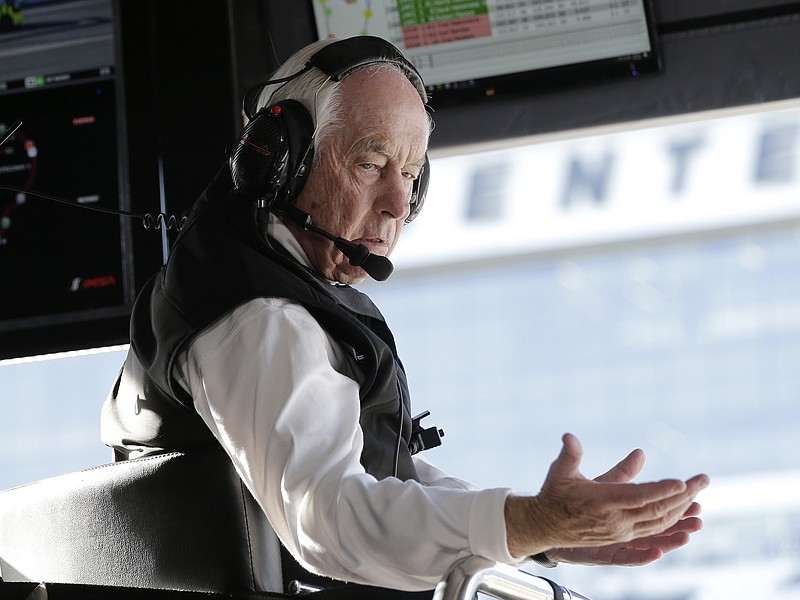 FILE - Acura Team Penske owner Roger Penske gestures to a crew member during the Rolex 24 hour auto race at Daytona International Speedway, Saturday, Jan. 25, 2020, in Daytona Beach, Fla. That one hole in the Team Penske trophy case can only be filled by the 24 Hours of Le Mans. Winning the most prestigious sports car race in the world is on Penske's bucket as he prepares to turn 86 years old. (AP Photo/Terry Renna, File)

The one hole in the Team Penske trophy case can only be filled by the 24 Hours of Le Mans. Winning the most prestigious sports car race in the world is on Penske's bucket list as his 86th birthday draws near.

Last year was pretty big year for "The Captain" as it opened with Austin Cindric's victory in the Daytona 500 on Penske's 85th birthday. Will Power won the IndyCar title and Joey Logano the NASCAR Cup Series title to mark the first time Team Penske won the top two North American racing series in the same season.

The lure of Le Mans brought Penske back to sports car racing under revamped IMSA regulations that have created a top GTP class of cars featuring hybrid engines that will be eligible to compete at Le Mans in June. IMSA will be the first North American series to compete with hybrid technology and the advancement has drawn the top names in the business to the series.

Acura, BMW, Cadillac and Porsche have made for a nine-car class this weekend in the Rolex 24 at Daytona, the unofficial opener to the motorsports season and the first true reliability test for these new hybrid engines.

The technology is too enticing to avoid, and just this month Michael Andretti partnered with Wayne Taylor Racing on an Acura program that might get Andretti a shot at entering a team at Le Mans. BMW jumped up to the top class with Bobby Rahal, who had been content running his cars in a lower class but was swayed to move by the importance of the project.

That's what brought Roger Penske back after previously shuttering his IMSA sports car program following three seasons and the 2021 championship. Penske pulled out because the class was going to soon be obsolete as it transitioned to hybrid and IMSA made its push to become part of the Le Mans field.

He wanted in, early, on what was brewing to ensure it was a "Penske Perfect" effort this weekend at Daytona International Speedway. Penske himself raced the 24 Hours of Le Mans in 1963, and in 1971 entered a Ferrari for Mark Donohue and David Hobbs.

Both cars failed to finish the race and Penske did not return to Le Mans until last year, when Team Penske and partner Porsche entered a car that finished fifth in class. It was a test of all the work Penske and Porsche had been doing in two-plus years of program building.

Porsche and Penske have a storied history that began nearly five decades ago in the Can-Am series with back-to-back championships in the Porsche 917/10 for drivers George Follmer and Donohue. Porsche and Penske paired up again to win three consecutive IMSA titles in the Le Mans Prototype 2 class from 2006 through 2008.

The task now is to qualify the Porsche Penske entries for Le Mans and give Penske the opportunity to win the one race that has escaped his grasp.

"We all need goals and I've been very fortunate over the years racing with our teams to win championships, great wins," Penske said. "There's always that one you want. I think that's one of the things that Le Mans would mean to us as a team. Certainly for me personally. It's a goal that we want to achieve."

Felipe Nasr qualified Penske's No. 7 Porsche 963 second for the start of Saturday's race while a mistake by Nick Tandy on his attempt to win the pole led to the No. 6 crashing during qualifying.

Nasr, who left his championship-winning team after the 2021 title for a chance to drive for Penske, has spent the better part of the last year helping to develop the Porsche and launch the program. With that comes getting to know one of the most respected figures in motorsports.

"I become more of a fan of Roger every time I get the chance to speak to him," Nasr said. "I can tell you how excited he is about this program. That's what he talks about night and day, sometimes we get phone calls at midnight, or early morning, and he wants to know everything. He's here, he's at the track and it's pretty unique to see someone putting in so much dedication and energy."

With it comes pressure to deliver this summer in France for his new boss.

"That's his biggest dream right now, I think it's what he wants more than anything," Nasr said. "So everything from now until then, it needs to be done right. Because when it comes to Le Mans, it is too important to him. That alone has been a great motivator to the entire staff, the mechanics, the engineers, everyone. Roger is not joking around about this." 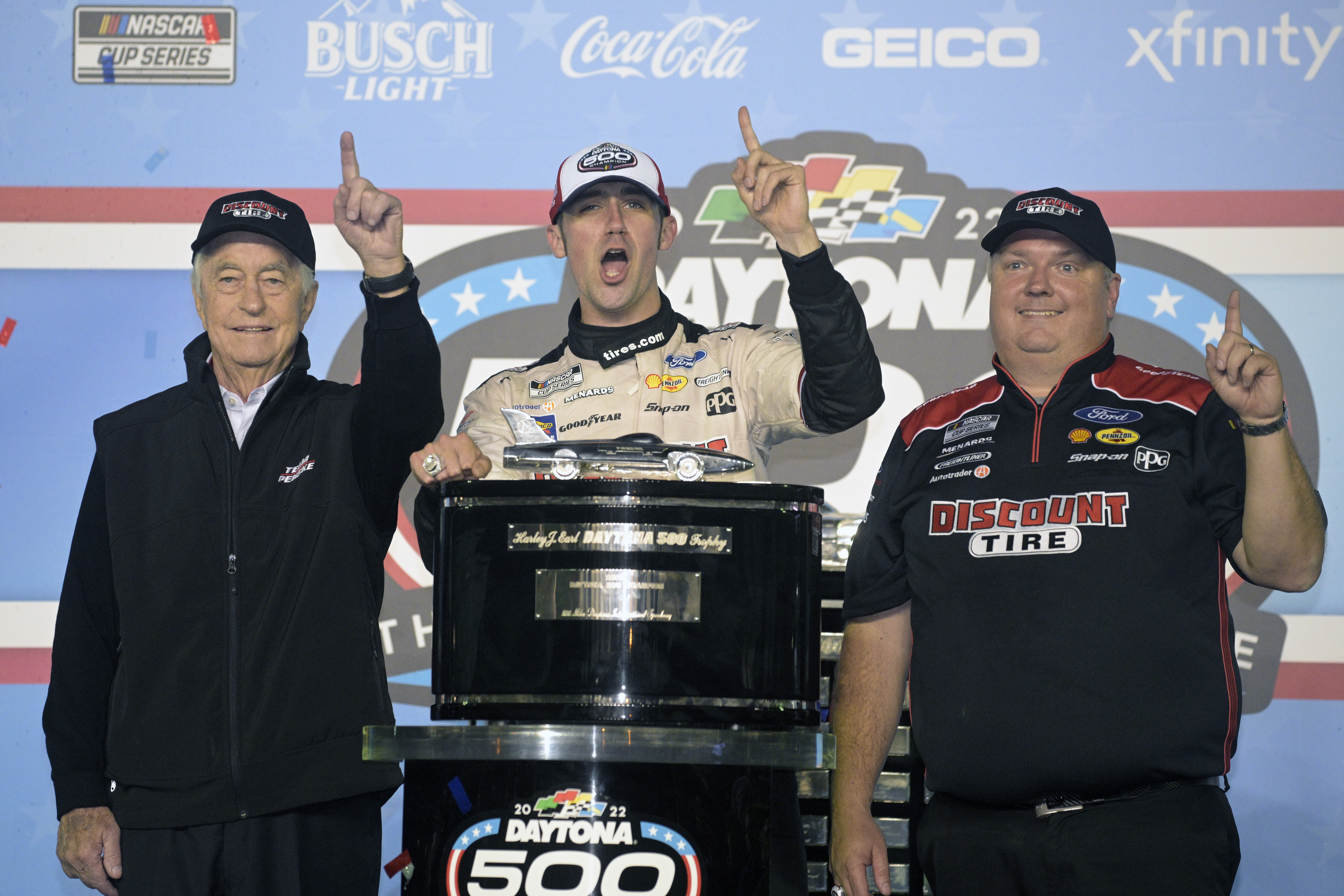 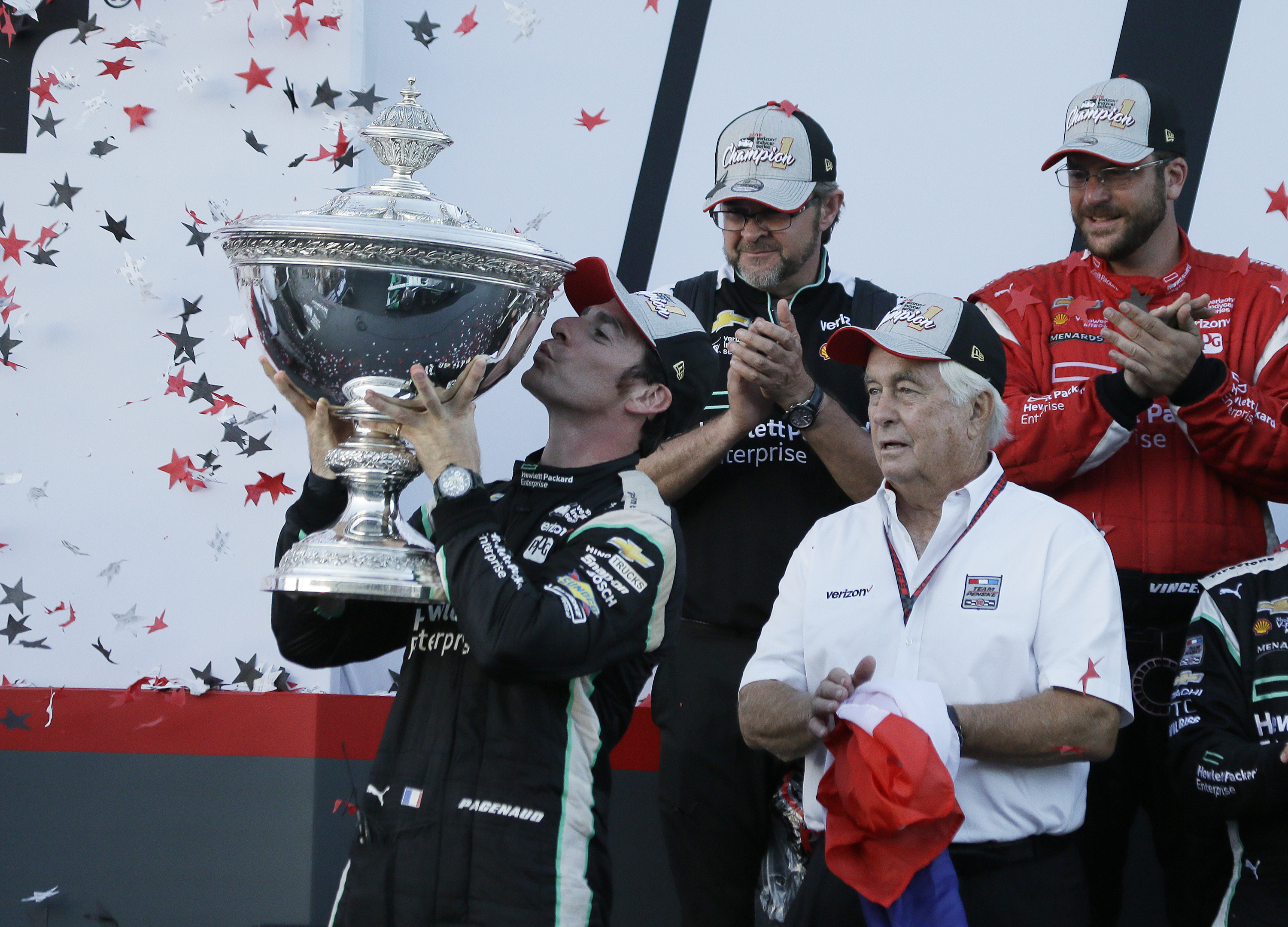 FILE - Simon Pagenaud, of France, kisses the Astor Cup after winning the IndyCar auto race and IndyCar championship as team owner Roger Penske, lower right, looks on Sunday, Sept. 18, 2016, in Sonoma, Calif. That one hole in the Team Penske trophy case can only be filled by the 24 Hours of Le Mans. Winning the most prestigious sports car race in the world is on Penske's bucket as he prepares to turn 86 years old. (AP Photo/Eric Risberg, File)