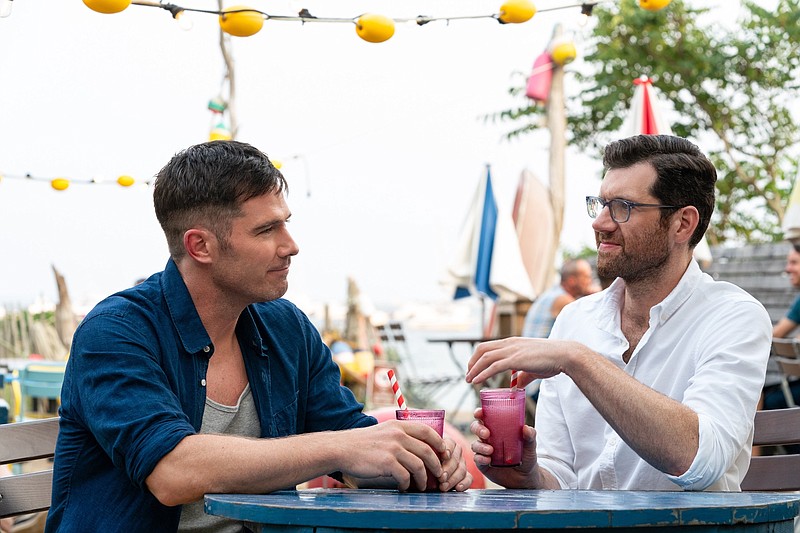 Nominations for the 34th annual GLAAD Media Awards are out — and proud.

"RuPaul's Drag Race" Season 15 contestants Sasha Colby and Salina Estitties announced some of the 295 nominees across 33 categories in a "GLAAD Drag Story Time" video uploaded to YouTube on Wednesday.

At the start of the 7-minute-long video, Colby noted the onslaught of anti-LGBTQ bills, "nasty protests and even violence" that have threatened drag performers across the United States. Co-host Estitties vowed to not let "disinformation poison our lives or silence our voices."

In 2022, GLAAD found more than 140 incidents of anti-LGBTQ protests and threats targeting drag events, including events run by the organization Drag Story Hour.

Many of this year's nominees "represent immensely [effective] projects that entertain, educate, and grow acceptance of LGBTQ people," Sarah Kate Ellis, the organization's president and chief executive officer, said in a statement.

A significant number of nominees this year feature LGBTQ people of color, including all five nominees for outstanding Broadway production: "& Juliet," "A Strange Loop," "Ain't No Mo'," "Kimberly Akimbo," and "Take Me Out."

Many nominated shows and movies included powerful stories of gay women in 2022, including six of the nominees for outstanding film: wide release, and 17 of the 30 nominated television shows.

Nominees had to be published, released, or broadcast between Jan. 1 and Dec. 31, 2022, according to organizers.

Winners will be announced in two ceremonies: in Los Angeles at the Beverly Hilton on March 30, and in New York City at the Hilton Midtown on May 13.