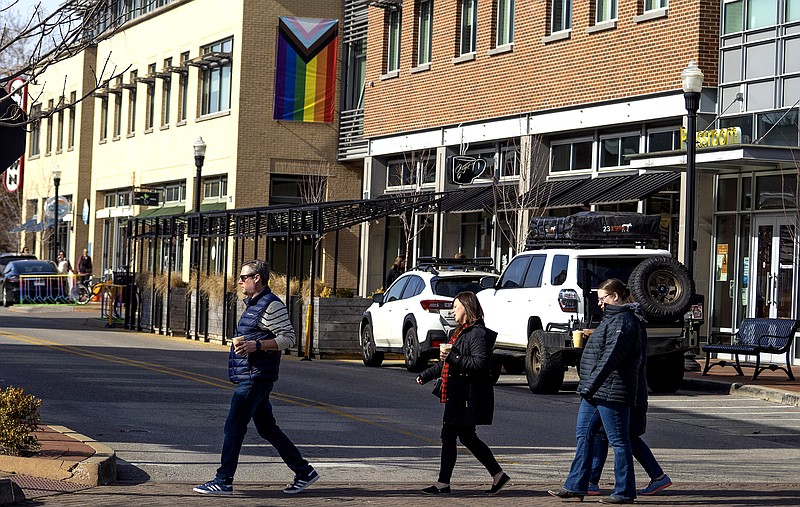 People cross the street, Saturday, January 14, 2023 at the intersection of 2nd St. and Main St. at the downtown square in Bentonville. Visit nwaonline.com/photos for today's photo gallery. (NWA Democrat-Gazette/Charlie Kaijo)

BENTONVILLE -- A suggestion from a city councilman could help the pedestrian-vehicle flow along at big-attendance events downtown.

During some big events, traffic on East Central Avenue becomes very difficult for drivers and a little dangerous for pedestrians, Sanchez said.

"This is because the pedestrians that cross Central Avenue, especially at the corner of Main Street, often do it in a random manner, making it hard for drivers to determine when they can safely cross the street," he said. "Sometimes, when the driver on the vehicle next to the crossing has waited for what seems to be an opening on the pedestrian flow, one or more pedestrians start to cross, which delays the vehicular traffic and poses a risk to pedestrians."

Sanchez suggested the problem could be resolved if someone -- perhaps volunteers, employees of the event organizers or police -- could regulate vehicle and pedestrian traffic with flags or some form of electronic-signaling device.

The Traffic, Signage and Safety Committee was established to designate, place and maintain traffic-control devices and regulate traffic for the city. The committee addresses all signs, traffic calming, temporary street closings and any other traffic control issues.

Dennis Birge, city transportation director and a committee member, said no decision on Sanchez's suggestion was made, but it's something that could be looked at on a case-by-case basis.

Downtown Bentonville Inc. hosts events such as First Friday and the annual Christmas parade that draw thousands of people to the square.

"Safety in our growing community is always at the forefront as we plan large downtown events," said Dana Sargent Schlagenhaft, interim executive director. "We look forward to hearing more from committee members about the suggested proposal."

The Bentonville Half Marathon starts and ends on the downtown square and uses 250 to 300 volunteers and 30 police officers who work the course, said David Wright, Parks and Recreation director. The next half marathon is April 1.

Deputy Fire Chief Kevin Boydston said the Fire Department hasn't had any issues with people being struck by a vehicle in a downtown crosswalk during big events that he could remember. The Fire Department also uses bike patrols downtown during events such as First Friday, he said.

"I think both (pedestrians and vehicle drivers) are doing their best," he said. "Everyone does a good job of making eye contact from my point of view."

Benton County Circuit Judge John Scott was hit by a car downtown the afternoon of Dec. 6, 2021 -- a Monday. Scott was crossing Northeast Second Street, just outside the Benton County Courthouse, in the crosswalk when a car hit him, according to police. Scott was injured, but has recovered.

Candace Hankins of Lowell and her family visit the square for events like First Friday. Recently they visited the Strider Bikes store on the downtown square.

She didn't see the pedestrian crossings as an issue because some downtown streets are closed for an event and people seem to be aware of their surroundings.

Wright said he isn't sure volunteer crossing guards are feasible.

"I think people are pretty aware," he said. "If you are in a hurry go around downtown, don't drive on the square. At Central and Main I am always on alert and I bet most people are, too."

The city has a plan to help spread some of the events away from the downtown square.

The Bentonville Commons will transform a present-day parking lot into a plaza/activity space. The Commons is part of a bond project approved by city voters in April 2021.

The Commons is part of the Downtown Quilt Parks. Wright doesn't expect work on The Commons to start until early next year. The proposed A Street Promenade will also help disperse foot traffic around the square, Wright said.

The A Street Promenade will stretch from Southeast Second Street to Northeast Third Street like a linear plaza with garden nooks, cafe seating, play areas and food trucks, according to the city.

The Bentonville Green, a 1-acre space between City Hall and the Downtown Activity Center, is probably still a few years away, Wright said. 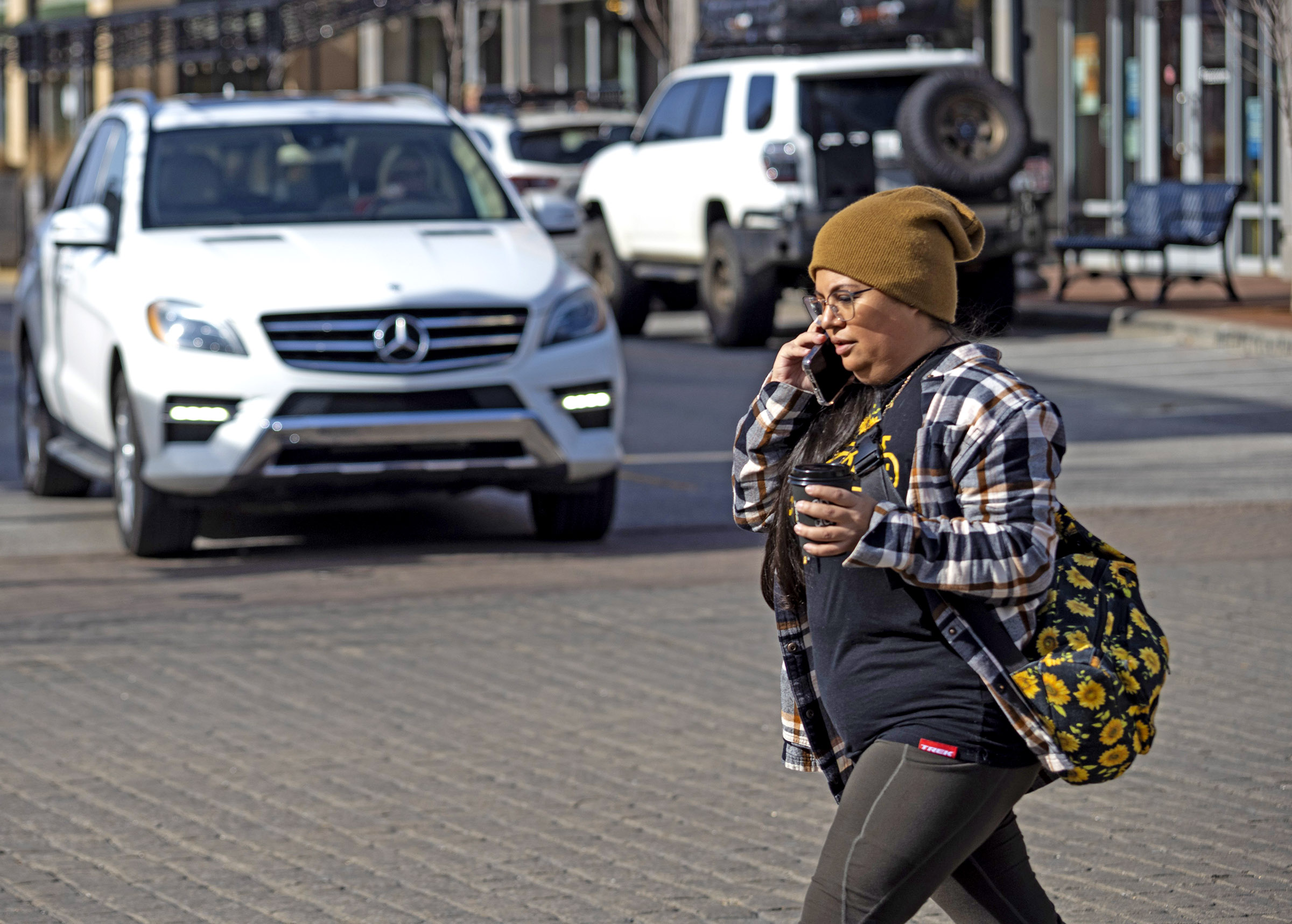