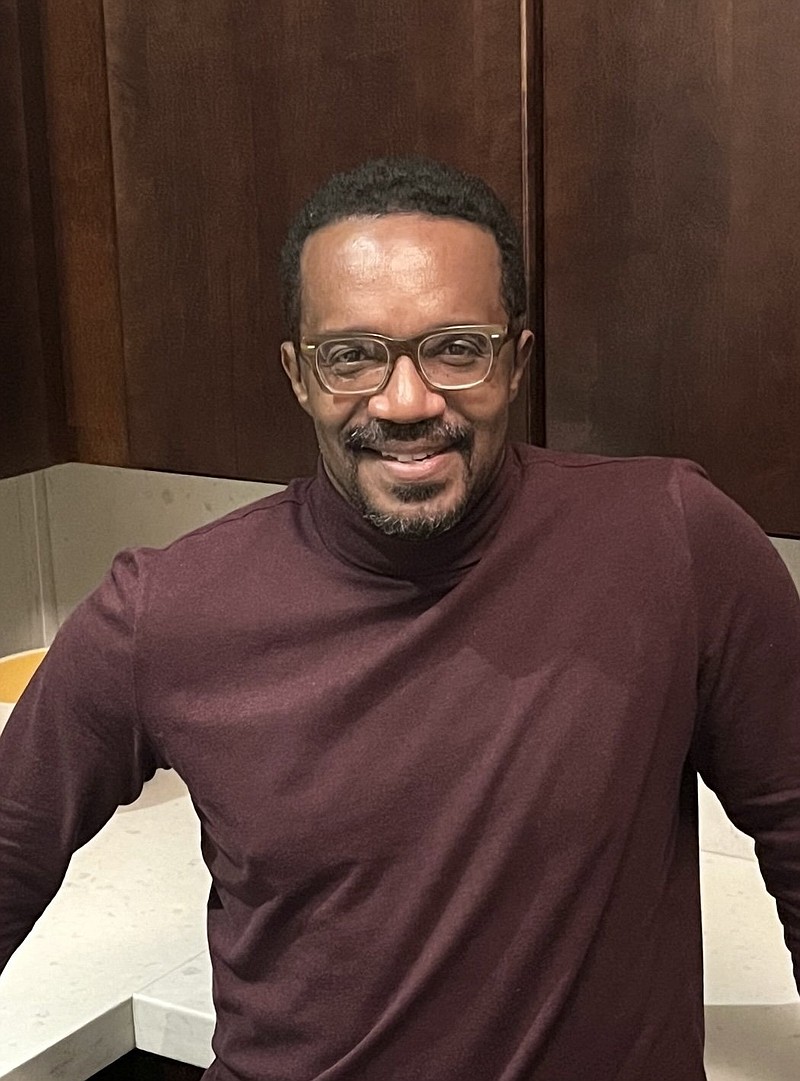 Roderick Terry, a Pine Bluff native and Dollarway High School graduate, is a lawyer and a photographer, based in Washington for three decades. His photos are now part of the permanent collection of the National Museum of African American History and Culture. (Courtesy Photo)

On the day of the 1995 Million Man March in Washington, D.C., Pine Bluff native Roderick Terry grabbed his Olympus 35 mm camera and 10 rolls of film and headed toward the Mall, hoping to use his photographic skills to capture the momentous occasion.

A new book, "Movements, Motions, Moments: Photographs of Religion and Spirituality from the National Museum of African American History and Culture" also features one of his works.

Published this month, it is the eighth in the museum's "Double Exposure" series.

It features historic figures as well as ordinary worshippers.

A team of six experts selected the photos, and they sought to show "the diversity and pluralistic nature" of religion in the Black community, Reeves says.

"It was a really amazing, amazing process, and we did it virtually," says Eric Lewis Williams, a fellow curator who wrote an essay accompanying the book.

Narrowing the selection from thousands to dozens wasn't easy, although certain images clearly stood out, he says.

"Some of these pictures, they would almost stand up and say, 'I need to be in this volume,'" Williams says.

"Movements, Motions, Moments" captures a number of what he refers to as "sacred moments."

There is a photograph of Dr. Martin Luther King Jr. preaching at Dexter Avenue Baptist Church in Montgomery, Ala., in 1955 and another of him at the Selma to Montgomery march in 1965.

There is an image of Malcolm X and Louis Farrakhan side by side taken around 1959, as well as a photo from Malcolm X's funeral in 1965.

Rather than focusing on a single type of spirituality, the book seeks to recognize "these different religious movements that comprise the African-American religious experience," Williams says.

The pages allow readers to encounter a Jewish bar mitzvah, a Buddhist ordination, a Rastafarian procession and Salat -- the daily prayer rituals performed by Muslims.

Although they represent "a range of religious experiences," there are some commonalities, Williams says.

"Theologically, they are in different universes, right? But they have what the Viennese philosopher Ludwig Wittgenstein called 'family resemblances,'" he says.

Terry's photo appears on page 58 in the "Motions" section just above a 1987 photo of a procession of Black Catholic leaders at the National Shrine of the Immaculate Conception, also in Washington, and follows a photo of a healing village session at the Soul Fire Farm in Petersburgh, N.Y.

After graduating from Hendrix College and spending a semester abroad studying in London, he headed to the Howard University School of Law, graduating in 1989.

Following a stint practicing law in Pittsburgh, Terry returned to Washington, where he continues to reside.

At the march, his camera captured members of the Fruit of Islam, the Nation of Islam's elite security force, uniformed and standing in formation, early in the morning as crowds are beginning to gather.

The march was the brainchild of the Nation of Islam's leader, Minister Louis Farrakhan, and led to one of the largest gatherings that the nation's capital had ever witnessed.

Speakers included poet Maya Angelou, civil rights icon Rosa Parks and a Who's Who of other Black religious and political leaders.

A Washington lawyer at the time, Terry took the day off from work so that he could witness history.

"I really wanted to go out and create a record of this incredible, phenomenal march," he says.

The weather couldn't have been better, he says.

"It was a glorious, beautiful fall day. The sky was clear blue," Terry recalls.

He took roughly 250 photos. The rest is history.

The best were included in a book published in 1996, titled, "One Million Strong: A Photographic Tribute of the Million Man March & Affirmations for the African-American Male."

Eventually, the images would secure a place, as well, at the National Museum of African American History and Culture.

"When I shot the photo, on Oct. 16, 1995, the museum was still a concept that had been on the drawing board for more than 100 years. It didn't exist. So I couldn't have imagined that my photograph would become part of the national repository of African-American history and culture, much less a part of this incredible book," Terry says.

Its inclusion in "Movements, Motions, Moments" was no fluke. Terry's photography also appears in "Double Exposure" volumes 1, 2 and 4. 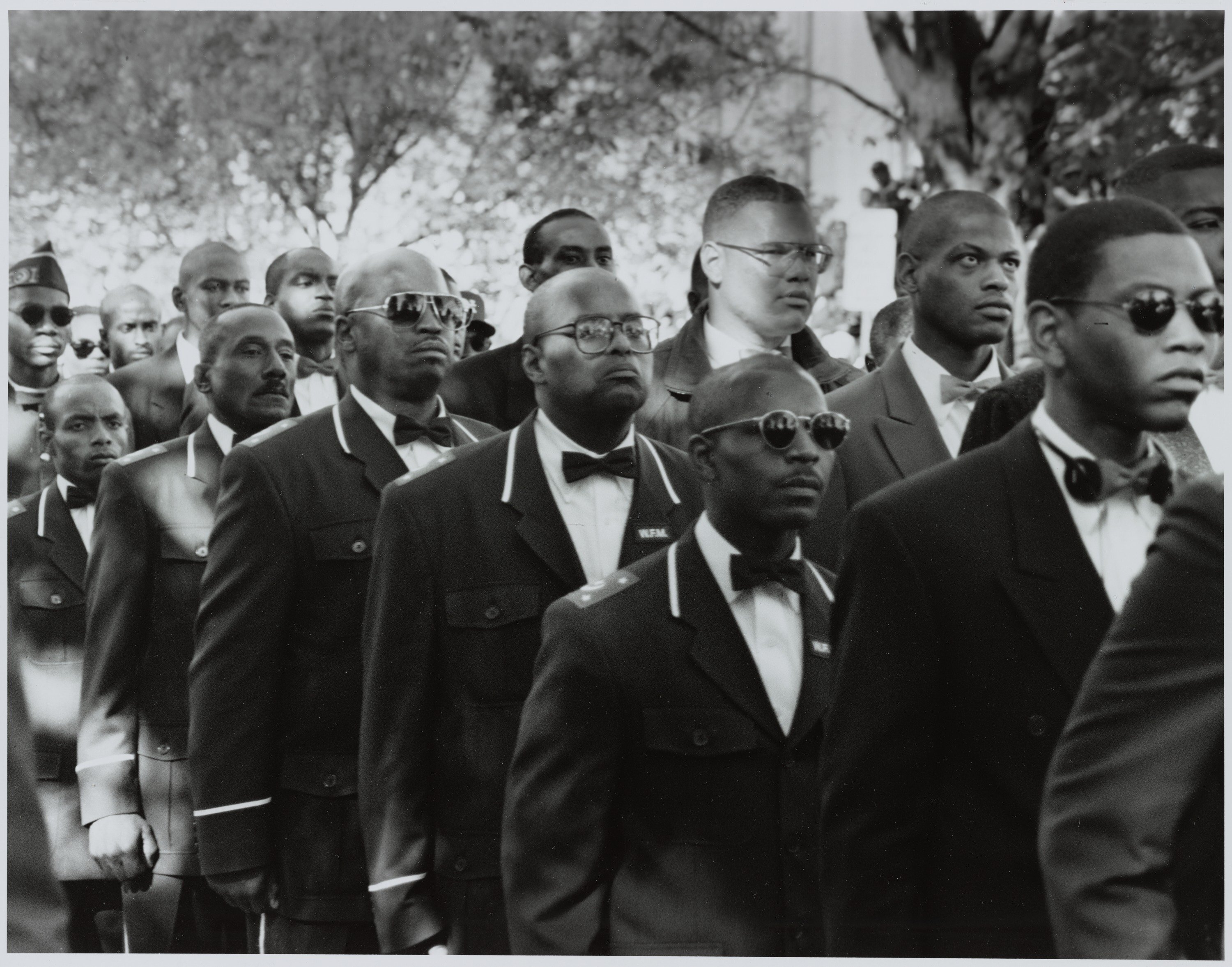 This photo was taken by Pine Bluff native Roderick Terry and is part of the collection of the Smithsonian's National Museum of African American History and Culture. It is one of the photos selected for a book, Movements, Motions Monuments, which is scheduled to be published in early 2023. Fruit of Islam, October 16, 1995 From the series One Million Strong gelatin silver print H × W (Image and Sheet): 11 × 14 in. (27.9 × 35.6 cm) Gift of Roderick Terry 2013.99.19 © Roderick Terry

Print Headline: Worth A Thousand Words