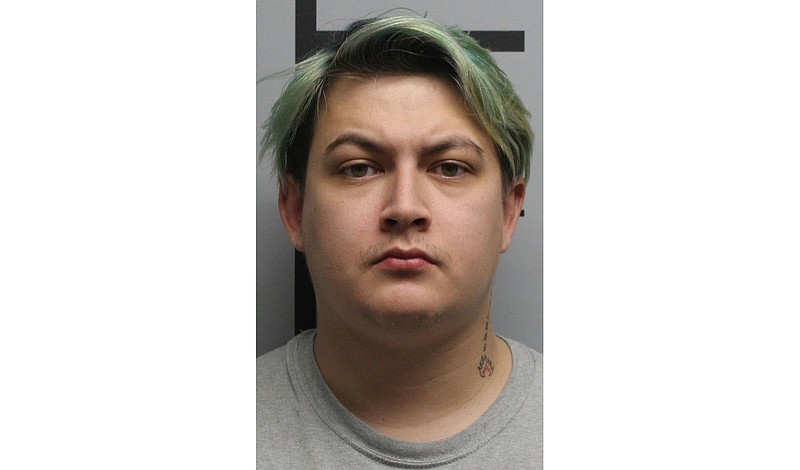 BENTONVILLE -- A jury on Friday found a former employee for the Northwest Arkansas Children's Shelter guilty of raping a 10-year-old shelter resident.

Hunter De La Garza, 24, of Little Flock was accused of raping the girl in a bathroom at the Pinnacle Hills Promenade in Rogers during a February 2021 outing, according to court documents.

The jury deliberated for several hours starting Thursday afternoon before returning with its decision about noon Friday. Sentencing proceedings got underway immediately after the verdict came in.

The girl, during testimony Wednesday, said De La Garza pulled her into a stall in the restroom and closed the door. The girl said De La Garza took her shirt off and then her pants, then raped her.

She said De La Garza stopped because he thought someone was going to come into the restroom. De La Garza told her not to tell anyone about the incident, she said.

"Did someone tell you to make up what [De La Garza] did to you?" Robinson asked.

"No," the girl loudly replied.

De La Garza testified in his defense. He told jurors he took the girl on the outing and heard her call for him while she was in the restroom. He checked on her and walked out and heard the girl washing her hands.

"Did you rape her?" Ben Catterlin, De La Garza's attorney asked him.

"Were you ever in the bathroom alone with her?" Catterlin asked.

Joshua Robinson, deputy prosecutor, confronted De La Garza with his first statement to police when he claimed the girl did not use the restroom at the mall. De La Garza said he did not remember at the time when he spoke to the police detective.

During Friday's sentencing hearing, a 16-year-old girl testified De La Garza rubbed her thigh while they were in a car alone together. She did not say when this happened, but said she was a resident at the shelter at the time.