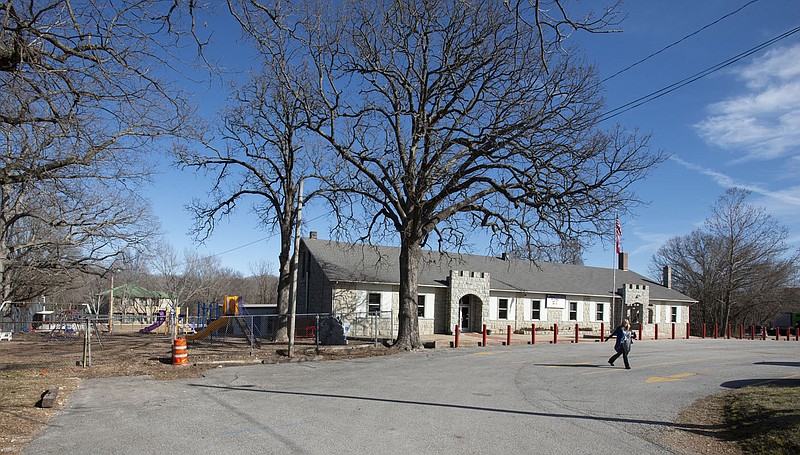 ROGERS -- The Rogers School Board voted Tuesday to close Garfield Elementary after the 2023-24 school year.

Superintendent Jeff Perry made the recommendation at Tuesday's School Board meeting, and the seven board members voted unanimously to accept it.

Perry said they have wrestled with the issue for several months and for many people it's an emotional issue.

He said it was a difficult decision, but one that had to be made for the entire district. Perry said there is difficulty with bringing the school building up to code and the financial implications for the district.

Perry recommended the district close the school in June 2024, which gives the staff, students and parents the remainder of this school year and the next school year.

He praised the work of the teachers and staff.

The Garfield students can go to Frank Tillery Elementary School, but Perry said the district will try to give parents their first choice of schools. He said parents who work near other schools have the option of enrolling their children in those schools.

Board member Rob Phillips said he's heard for years about reasons for closing the school.Phillips wanted to know whether the school was being kept open longer because of emotional reasons.

"I have a hard time of spending more tax money unless there are other reasons for keeping the school open," he said.

Perry said the district can do a better job with more time to plan for the closure and the placement of teachers. He said parents will have more time to adjust to the change as well.

Perry said the district will continue to maintain the building and support the staff until the elementary permanently closes.

After that, ownership of the building may be transferred to the town of Garfield, he said.

The school was built in 1941, with additions made in 1990 and 1996, according to information from the district. It is by far the smallest elementary school in the district with 16,436 square feet. Its average total enrollment the past five years for kindergarten through fifth grade -- as measured on Oct. 1 each year -- is 115 students.

The board originally was expected to decide in November on the school's fate. The district had been preparing to build its 17th elementary at North Second Street and Stratton Road and open it in time for the 2024-25 school year; district officials appeared to be leaning toward closing Garfield and shifting its roughly 105 students to the new school.

In November, however, the board agreed with administrators that the latest cost estimate for the new school -- about $36 million -- was too high, especially in light of other capital needs. They put the 17th elementary plan on the shelf.

Still, district officials had concerns about the relatively high cost on a per-pupil basis to operate Garfield Elementary. The facility also would need extensive renovation to bring it up to current code and compliance with the Americans with Disabilities Act.

Perry said last month the district estimated it would cost $10 million to $15 million to bring the building up to code and into ADA compliance. That amounts to $800 to $1,000 per square foot, he said -- roughly double the cost of new construction.

Act 987 of the 2021 legislative session mandates that by Feb. 1, 2024, all public school districts must have a plan for bringing their facilities into compliance with the ADA.

The district formed a Garfield Steering Committee last summer to discuss options for what to do with the school. The committee included Perry; Charles Lee, assistant superintendent; Stephen Bowman, the school's principal; Gary Blackburn, mayor of Garfield; two parents and two teachers.

Blackburn and others in the Garfield community have argued in favor of either leaving Garfield Elementary open or using 20 donated acres to build a new school in Garfield. The city of Garfield would provide infrastructure needed for the project, he said.

Bowman also suggested to the board last month the decision on Garfield be postponed for four years, which he said would allow time to monitor growth in the district's northeast section. It also would buy time on whether to build the new elementary on Stratton, he said. Garfield kids would move to the new elementary if it's built. So if the decision is made to close Garfield now, Garfield families potentially could see their kids moved twice in the span of just a few years, he said.