OPINION | PUTTHOFF: Anglers hit the water, then the bank 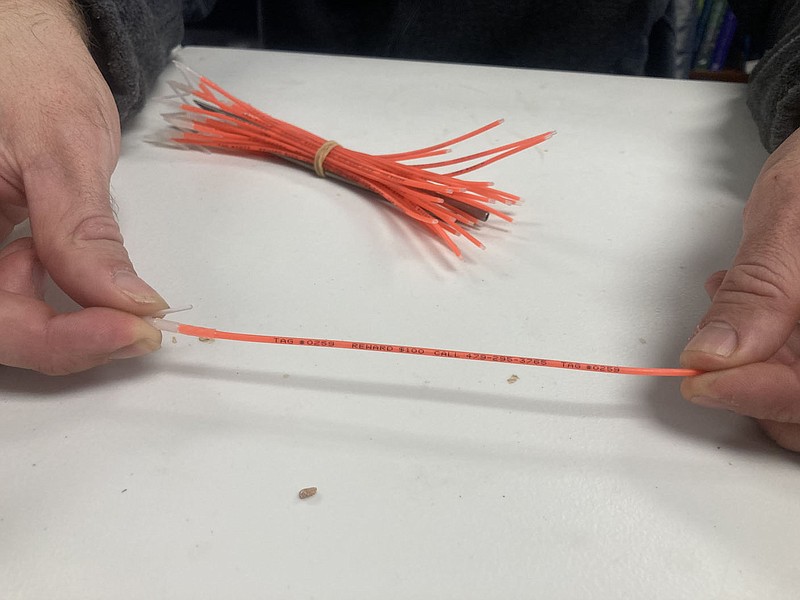 These tags are attached to the dorsal fin of striped bass at Beaver Lake as part of an Arkansas Game and Fish Commission study. Anglers catching a tagged striper may redeem the tag for a $100 reward. They may keep or release the fish. (NWA Democrat-Gazette/Flip Putthoff)

Forty six Beaver Lake anglers not only felt the joy of catching a big striped bass, they went home $100 richer.

More than 200 stripers prowl the lake's depths with a special Arkansas Game and Fish Commission tag on their dorsal fin. Fishermen who catch one of these tagged fish can cut off the tag and redeem it for a $100 reward from Game and Fish.

It's all part of a lengthy study of striped bass at lakes Beaver, Norfork and Ouachita, said Eric Gates, fisheries biologist with Game and Fish. Gates works out of the northwest district fisheries office in Rogers.

During February 2022, fisheries workers spent long nights at the three lakes using gill nets to collect stripers to tag and release. Some 200 stripers were tagged at lakes Norfork and Ouachita and 250 at Beaver, Gates said.

Forty-six tags from stripers caught at Beaver Lake have been returned so far, Gates said. "A few people have caught two tagged fish. One guy caught two on the same day," he noted.

Twenty-six tags have been returned at Lake Norfork and 14 from Lake Ouachita. Beaver leads the count because more people fish for striped bass here than at the other two lakes, Gates said.

Most of the returned tags have been from individual anglers, not paid guides, Gates noted.

" A few of the stripers have been caught by people fishing for black bass and one from a guy fishing for crappie. He caught a big striper on a little white jig," Gates said.

"The goal is to get an idea of the annual harvest of stripers," he said.

So far the study shows that two-thirds of striper anglers keep legal fish while one-third release them. Stripers at Beaver must be 20 inches or longer to keep. The daily limit is three.

Data from the study will determine if any regulation changes are needed at each lake, or if more stripers need to be stocked. Stripers don't reproduce naturally in reservoirs. They need current, such as in a river environment, to spawn successfully, Gates said.

The study will end in April, but Gates expects anglers to keep redeeming tags for a couple of years. Those tags will still be worth $100 after the study has ended.

The tags look like thin plastic blades of grass and don't impede a striper's ability to swim. There's a phone number on the tag to call and get the $100 check. Each fish carries two tags in case one happens to fall out, but only one tag may be redeemed.

"We want people to cut the tag from the dorsal fin. Don't pull it out. That could harm the fish," Gates said.

Stripers survive better being caught and released when the water is cold, Gates noted. It's a different story once the water temperature rises above 70 degrees. Mortality is especially high in warm water if the striper is caught deep and reeled to the surface. During summer, Game and Fish encourages anglers to keep legal stripers and not release them.

The size of stripers runs about the same in each of the three lakes. Trophy stripers 30 pounds and larger live in the reservoirs. The state record striper is 64 pounds, 8 ounces caught from the Beaver tailwater on April 28, 2000 by Jeff Fletcher, who then lived in Golden, Mo. 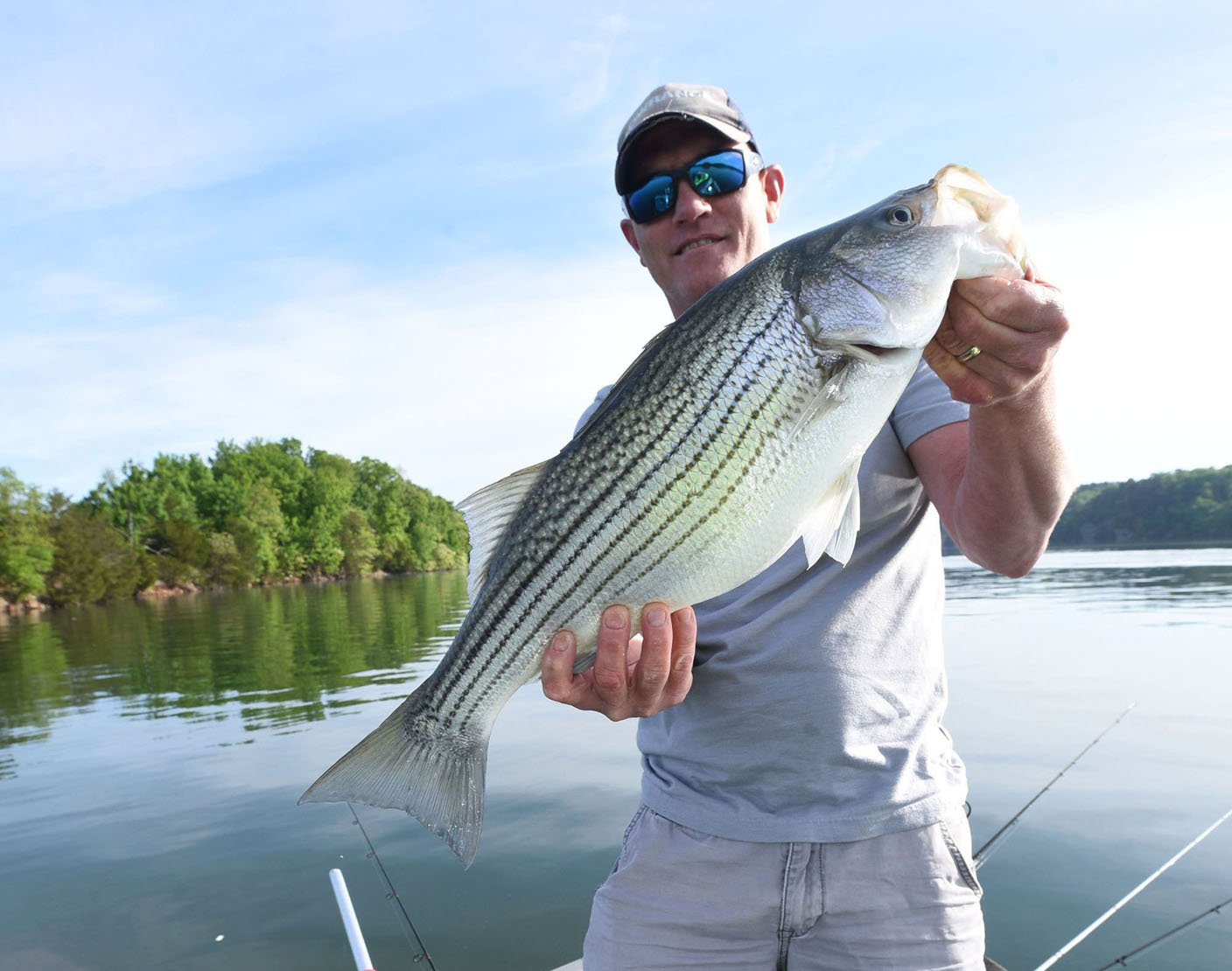 Don Grose of Rogers shows a striped bass he caught at Beaver Lake in 2020 using minnows for bait. Some 250 stripers were affixed with tags that can be redeemed for a $100 reward. (NWA Democrat-Gazette/Flip Putthoff)