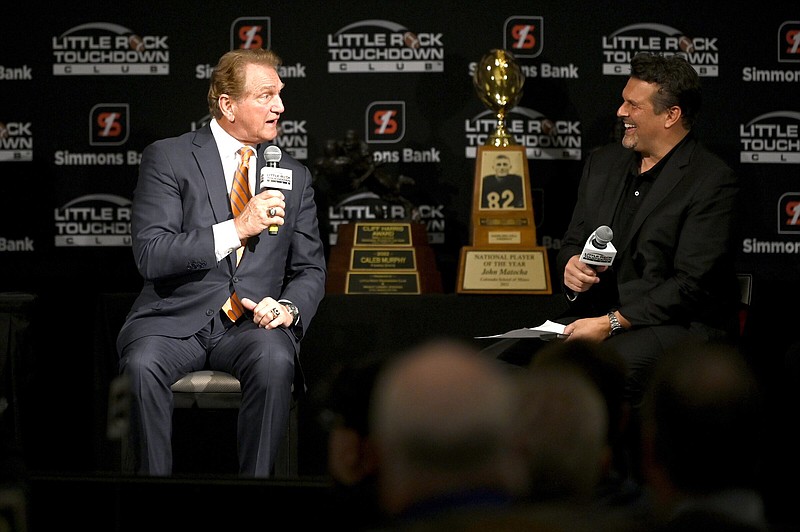 Hundreds filed into the DoubleTree Hilton banquet hall in downtown Little Rock on Friday morning for the 16th and final meeting of the Little Rock Touchdown Club for the 2022-23 season.

The Touchdown Club welcomed Super Bowl champion quarterback Joe Theismann as its guest speaker. It was also the first in-person end-of-year awards ceremony since 2019 as covid-19 forced their cancellation in 2020 and 2021.

Theismann touched on many topics during his half-hour discussion with host David Bazzel, including having his leg broken by NFL Hall of Famer Lawrence Taylor, his record-setting career as an NFL punter and how he related to the recent health scare of Buffalo Bills safety Damar Hamlin.

One of the first stories went back to his collegiate playing days at Notre Dame. The Fighting Irish fell to Texas 21-17 on New Year's Day in the 1970 Cotton Bowl.

As the following season came to a close, Theismann and his fellow members of a select committee at Notre Dame decided they wanted a rematch with Texas exactly one year after the first meeting. The Irish halted the then-No. 1 Longhorns in their tracks, winning the rematch 24-11 to finish No. 2 in the nation.

Theismann mentioned the heightened scrutiny on the modern athlete, something he wanted to emphasize to those in attendance.

"The college and high school experience is something that is valued and appreciated," Theismann said. "Life is moving so fast, and for so many of us in this room, we did not have to deal with what these young men and women are dealing with today in athletics. We have to understand that the pressure is so much greater for them."

On top of winning the 1983 Super Bowl and being named the league MVP the same year, Theismann's career is often remembered by his career-ending broken leg in a 1985 game against the New York Giants.

After all these years, Theismann had one simple clarification to the story: "People always come up to me and say, 'Ah Joe, I'm so sorry you broke your leg'. I didn't break my leg, Lawrence Taylor broke my leg. Keep the facts straight."

For all of Theismann's accolades and skill as a quarterback, he's never forgotten his once chance to double as a punter.

In a 1985 game against the Chicago Bears, Washington Redskins Coach Joe Gibbs called Theismann over and told him he'd be the team's punter for the rest of the day, as starter Jeff Hayes hurt his thigh earlier in the contest.

Theismann had one punt attempt that day, and it was one that still stands in the NFL's record books. With the ball on the 15-yard line, Theismann stood on his own goal line. He took the snap, let the ball drop and kicked it to his 16, all for a net punt of a single yard.

"That's right, you're being addressed today by a record holder in the NFL, I hold the record for the shortest net punt in the history of the National Football League," Theismann joked.

The final two awards handed out Friday were the Harlon Hill Award, regarded as the Heisman Trophy for Division II football, which was given to John Matocha of Colorado School of Mines, and the Cliff Harris Award for the Division II Defensive Player of the Year, which went to Caleb Murphy of Ferris State. 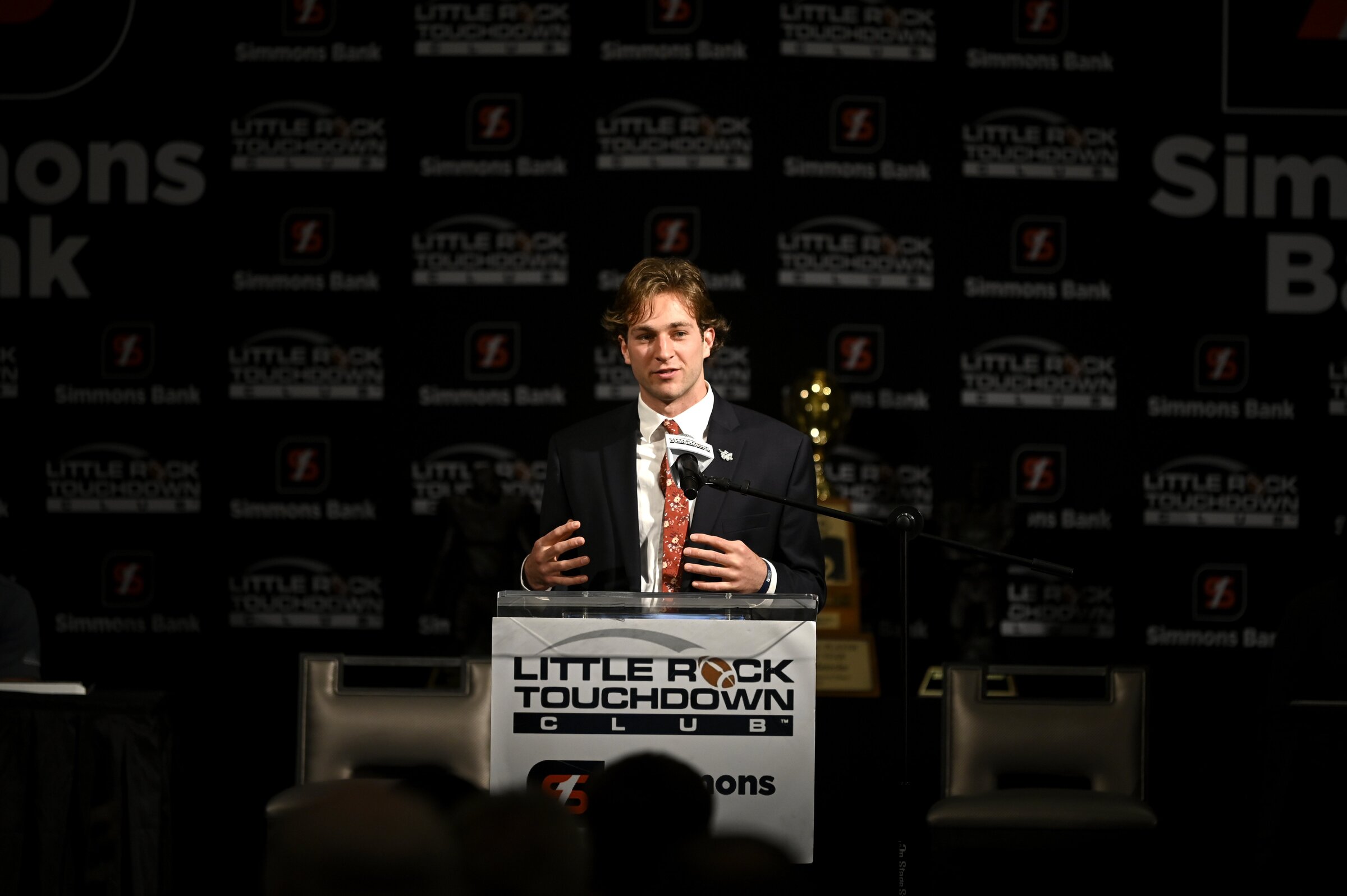 John Matocha, quarterback for Colorado School of Mines, was named the winner of the Harlon Hill Trophy on Friday in Little Rock. The trophy is given annually to the NCAA Division II player of the year. (Arkansas Democrat-Gazette/Stephen Swofford)

Print Headline: Theismann airs it out