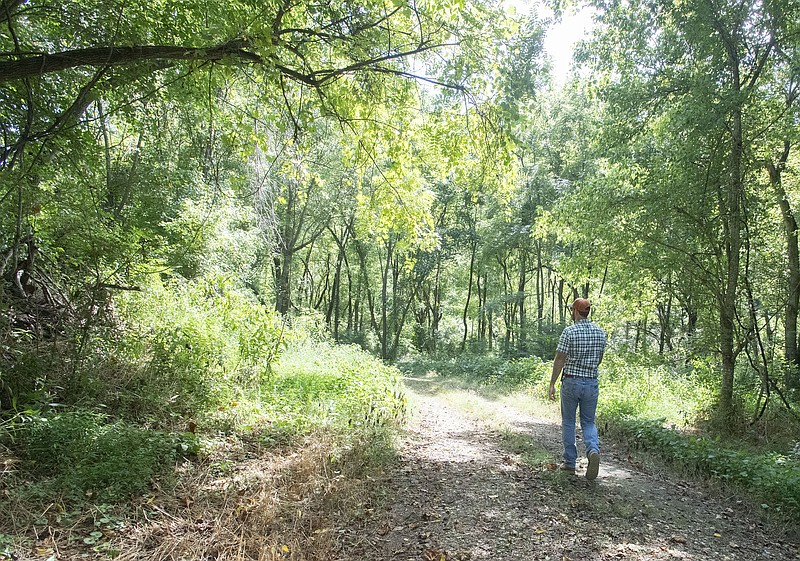 The meeting is open to the public and will take place from 2 to 4:30 p.m. that day at the Cherokee Casino and Hotel in West Siloam Springs, Okla. The Arkansas Department of Agriculture's Natural Resources Division and the Oklahoma Conservation Commission will host the meeting.

It will be the second of three meetings being held as the two states' agencies update the watershed-based management plan for the Illinois River Watershed. Specifics for the third meeting have yet to be announced.

The watershed management plan draws up goals and recommendations for voluntary control of "nonpoint source" issues with water quality, such as erosion, livestock and poultry operations and stormwater runoff.

"Point source" matters, such as wastewater treatment for cities and industry, are regulated by other state agencies such as the Arkansas Division of Environmental Quality.

Both urban and rural residents of the river's watershed are encouraged to attend, said Tate Wentz, Water Quality Section manager for the Arkansas Natural Resources Division, in a telephone interview Friday. Topics will range from agriculture and other rural issues to stormwater runoff and lawn management in cities, with breakout groups for different topics, he said.

"This is all voluntary, so we'll be talking about ways to incentivize best practices," Wentz said.

Updating the management plan is expected to take a year or more, organizers have said.

The upcoming meeting will have a video link for remote viewers, but the ability for those viewers to participate is limited, Wentz said. Those who want to have an impact on the discussion should plan to attend in person, he said.

The first of the three planned meetings took place in October in Siloam Springs. Erosion problems took up much of the discussion at the first meeting. Twenty acres of Northwest Arkansas erodes into the Illinois River and its tributaries every year, people attending the October meeting were told.

The erosion problem is worse in Oklahoma, Shannon Phillips, director of the water quality division of the Oklahoma Conservation Commission, told the October meeting. The watershed begins in Benton and Washington counties, going westward across the Oklahoma state line and through Tenkiller Lake to the Arkansas River.

The 20-acre figure derives from erosion studies at 15 different points in the watershed, said Leif Kindberg, executive director of the Illinois River Watershed Partnership. The partnership is a nonprofit group based in Cave Springs and is dedicated to improving the quality of the watershed. The partnership entered a contract with Natural State Streams LLC of Little Rock to study stream bank erosion. Natural State Streams is a private firm offering environmental consulting and mapping services and design for erosion control projects.

The report came out in September 2021, estimating 102,822 tons of sediment erode into the river and its tributaries every year. Contributing factors to the soil loss include higher-than-normal rainfall in recent years; clearing of trees in the watershed; and harder, faster runoff as surfaces are paved or built over.

An estimated 54% of the phosphorus released into the upper portion of the watershed comes from erosion now, according to the study. Phosphorus sources in the river have been a cause of disagreement between Arkansas and Oklahoma for years. Phosphorus feeds blooms of algae that cloud the river and harm other forms of life in it. Efforts at removing chicken litter from the watershed and other sources have led to a steady drop in phosphorus levels over the years, but progress has plateaued, Wentz told the October meeting.

Agenda for the Jan. 24 meeting with a video link. Video is mainly for listening and with limited opportunity to participate: nwaonline.com/114irwpmeeting/