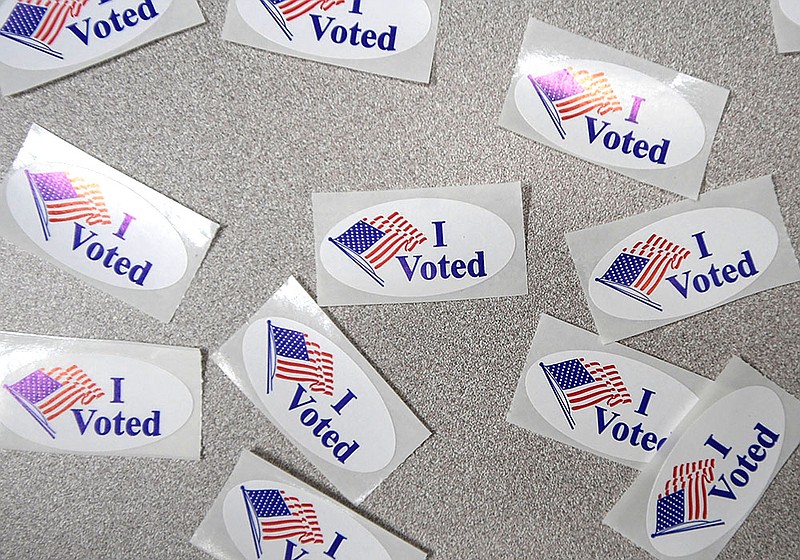 "We had a recount in the Centerton mayor's race, and the recount showed the results were 100% accurate," Moehring said to the gathering of about 100 voting committee members. "That doesn't happen by accident."

Benton County will probably have its biggest election turnout ever in 2024 with a presidential race and the ever-growing county population, Moehring said without endorsing any candidate by name. "I'd really be careful changing that going into the biggest election in our history." Thursday's meeting took place at the New Hope Assembly of God church in Rogers.

Six candidates ran for the two Republican positions on the board. Democrats get one seat and recently selected Melanie Hoskins of Bentonville. Under Arkansas law, the majority party gets two-seats on the three-seat commission and the majority party is defined as the party whose nominees hold most of the state's constitutional offices. All the state's constitutional offices are held by Republicans.

Barbara Tillman was also reelected as party chairwoman, and no one ran in opposition. The vote to reelect her for two years was by acclamation in a voice vote. Election commission incumbent Harlan Stee of Bella Vista, however, was not reelected. Retired attorney Wayne Gregory Day of Bentonville won.

If election commission seats were meant to be rigidly nonpartisan, Thursday's election would not be held by the party's county committee, Alexander said. The commission must strictly follow state law but is not forbidden from following the best interests of the party so long as the law allows.

"I will never do nothing illegal or immoral, but when there are options allowed I will choose the option that most benefits the party," Alexander said in his speech to the electors.

After the meeting, Alexander said an example of the commission taking a too-strict interpretation of state law was its decision against placing an early voting location in Gravette during the primary runoff in the District 35 state Senate race between Tyler Dees of Siloam Springs and Rep. Gayla McKenzie of Gravette. Republican primary voters in Gravette deserved a polling place and he believes existing law would have allowed it, he said. Dees won the race. The county operated two early voting sites in that runoff, one at the county clerk's office in Bentonville and one in Siloam Springs.

Anzalone cited his 11 years of experience on the commission, including six as chairman. He mentioned the early voting site decision and said there was not enough time under state public notice laws to set up more early voting sites. He said there was also the matter of being to staff additional sites. "I would appreciate your vote and for Harlan Stee as well," he said.

The paper ballots of the committee were destroyed after Wednesday's vote tally, as party rules require. The vote totals were not announced.