Pitch a tent, hike a new trail at Devil’s Den 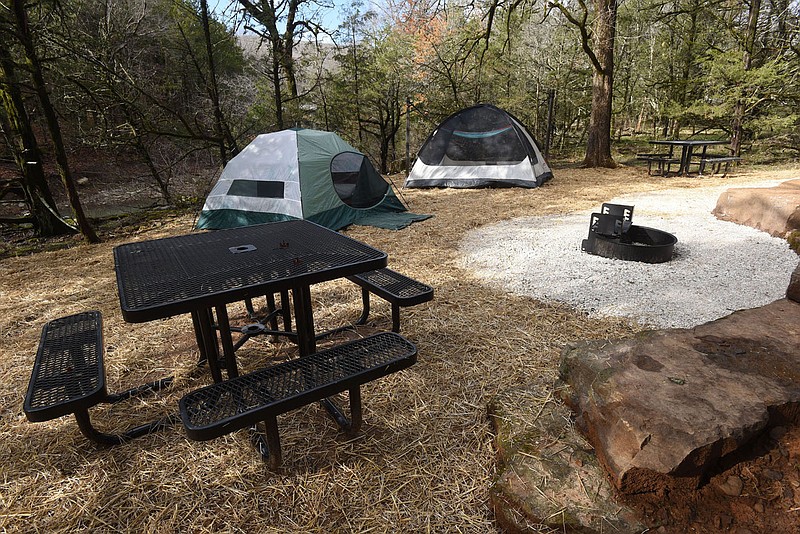 Campers have more sites to snuggle in a sleeping bag. Hikers and bikers have more trail to travel at the new Devil's Racetrack campsites and trailhead that are the latest additions at Devil's Den State Park.

Six campsites for bikepacking or walk-in camping are situated near the soothing sound of flowing water where Lee Creek and Ellis Branch meet. Campsites, trailhead and restrooms are at the west edge of the rugged 2,500-acre park along paved Arkansas 220.

Each campsite has a fire ring, picnic table and hammock hangers plus room for tents. Sites accommodate a maximum of eight campers, Fuller said. Restrooms are a short walk away.

Final touches were being put on the six campsites at the dedication. Scott expects them to open in mid to late January. Fee will be $15 to $16 per night.

They're reservable online at arkansasstateparks.com or by calling Devil's Den State Park, (479) 761-3325. The park is in forested hill country south of West Fork. Street address is 11333 Arkansas 74 West, West Fork, Ark. The added sites bring the total number of campsites at the park to around 150, Scott noted.

From the trailhead, the new Devil's Racetrack South path meanders east for about 1.5 miles. It's part of the park's Monument Trails network and joins other Monument trails near Campground A in the center of the park.

Bikers and hikers can explore a Monument trail that leads behind a spectacular wet-weather waterfall and beneath the lofty overlook on the Yellow Rock Trail.

Devil's Racetrack campsites and trailhead were built though a partnership of the Arkansas State Parks, Arkansas Parks and Recreation Foundation and the Walton Family Foundation.

"These trails showcase some of the best that Arkansas has to offer," Lewis told an audience of about 50.

Design and appearance of Devil's Racetrack pays homage to the work of the Civilian Conservation Corps that built Devil's Den State Park and other destinations in the Ozarks during the 1930s. Native stone for Devil's Racetrack was trucked in from Winslow, east of the park, noted Suzanne Grobmyer, director of Arkansas Parks and Recreation Foundation.

"The idea for Monument Trails began as trails that would take people to a special place, to see things that will take your breath away," she said.

Now what about that name, Devil's Racetrack? Scott had the answer.

Back in the day, if any of the CCC workers got out of line, their supervisors would make them run along the trail to teach them a lesson, Scott explained. Nearly 100 years later, it's still christened Devil's Racetrack. 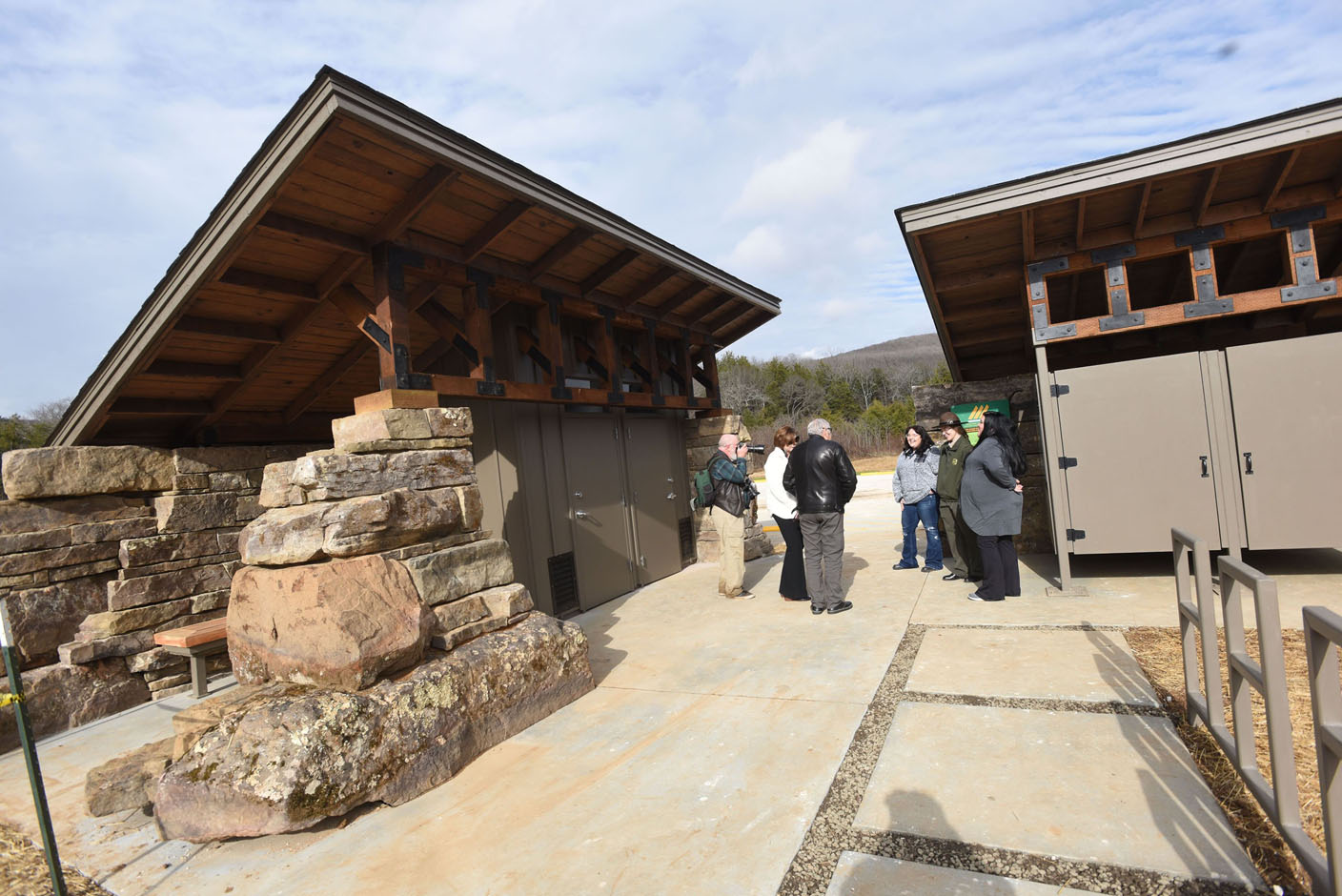 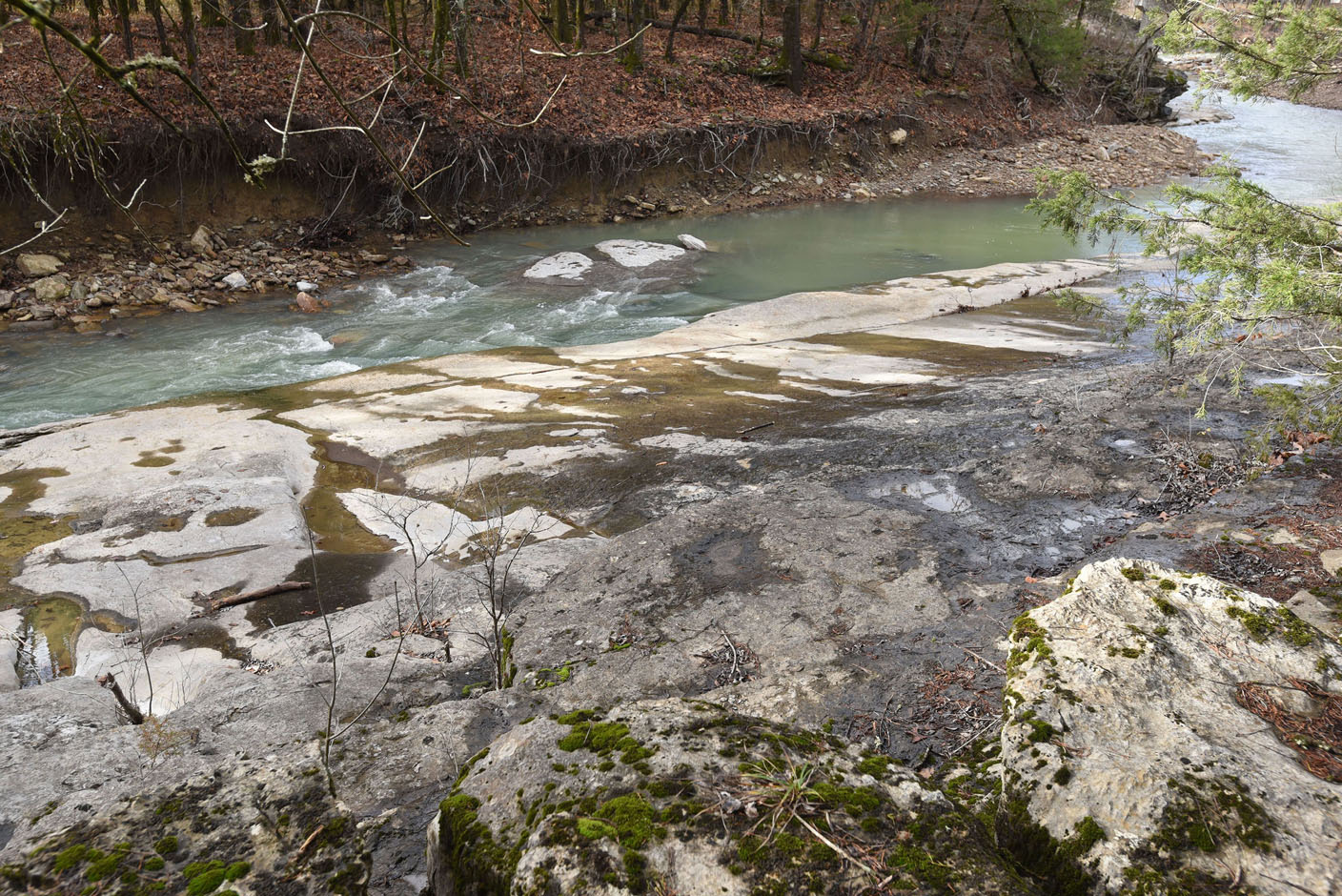 Campsites are situated near the soothing sound of flowing water along Ellis Branch and Lee Creek. (NWA Democrat-Gazette/Flip Putthoff) 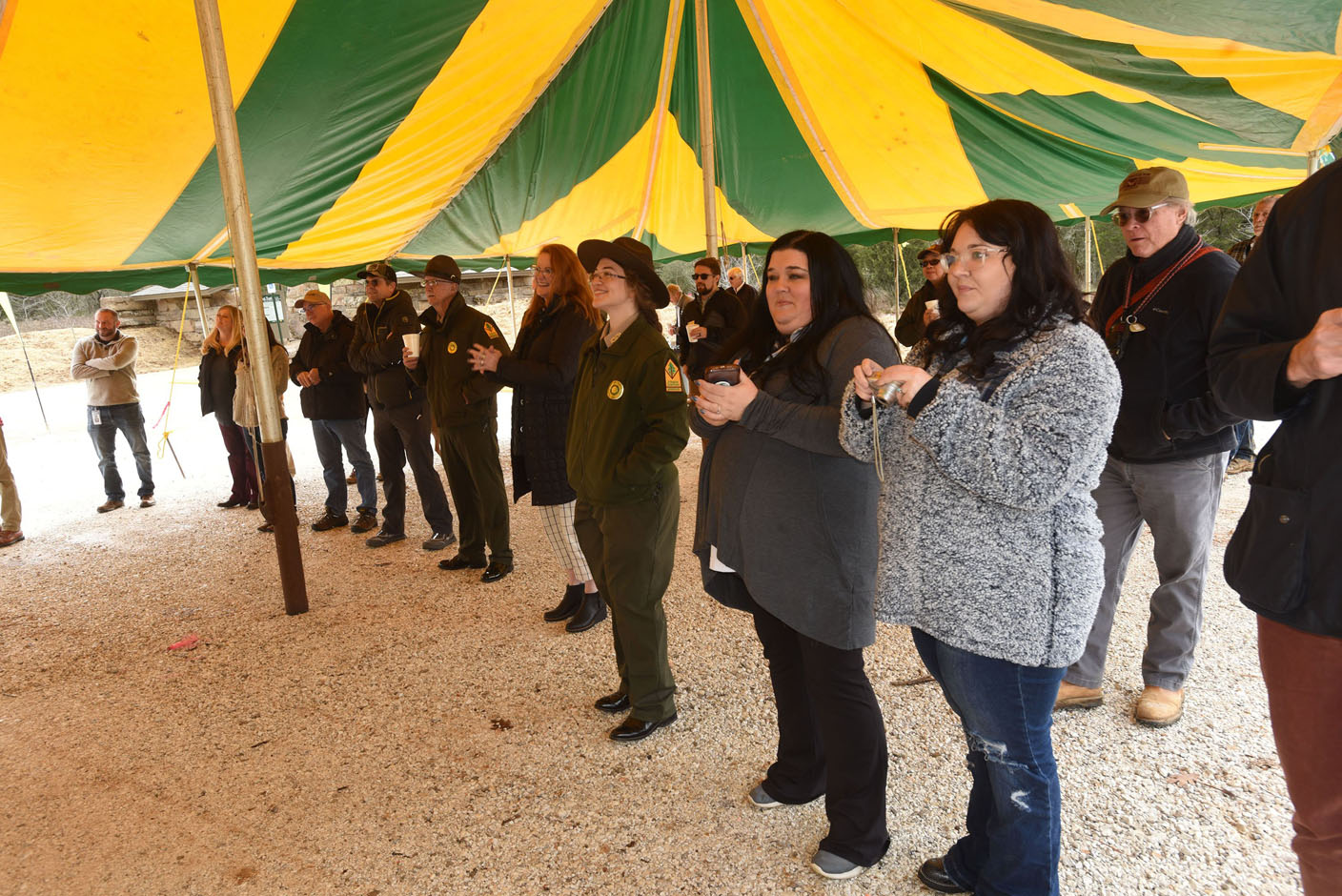 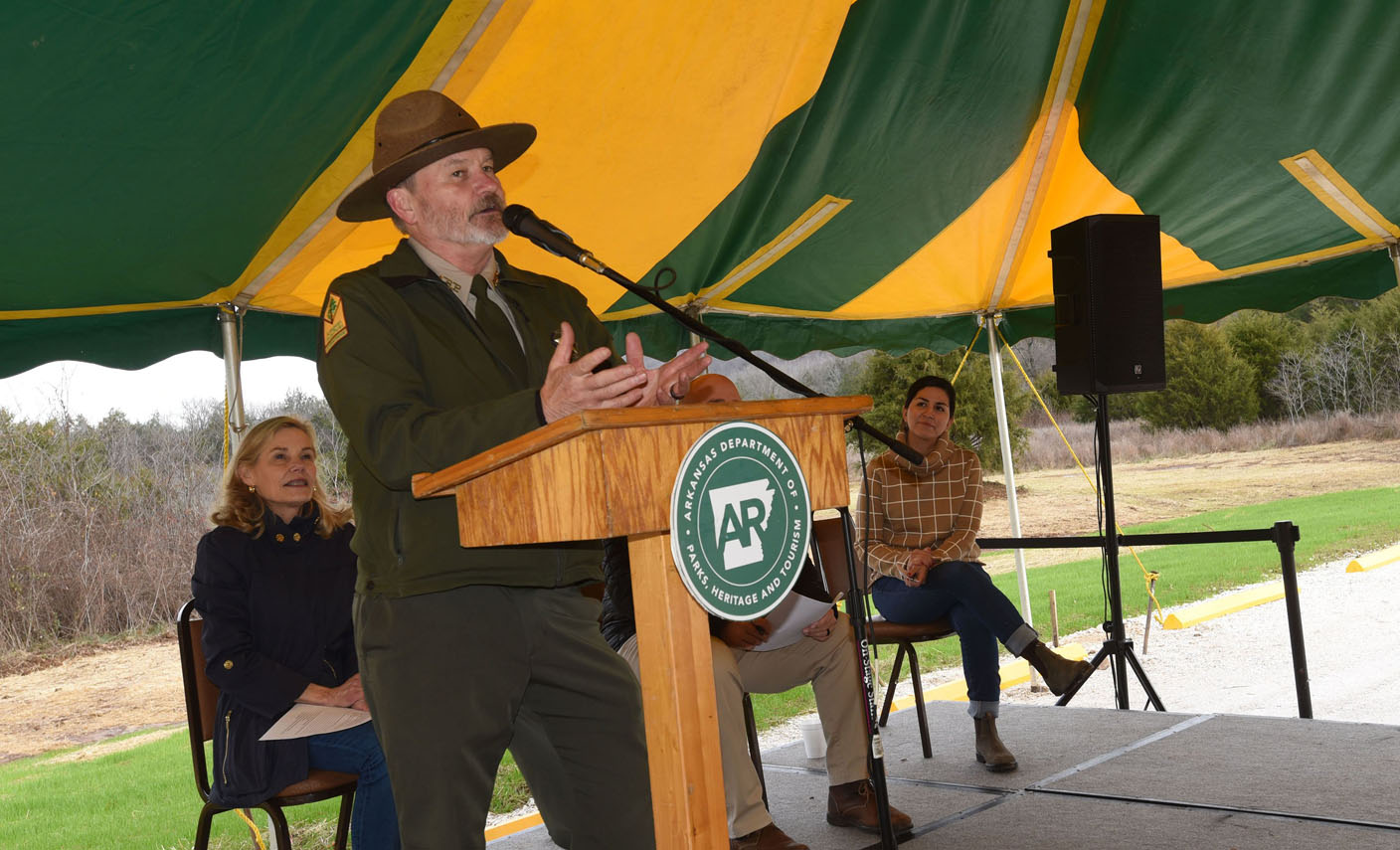 Monument Trails are a collectionof world-class mountain biking and hiking destinations within Arkansas State Parks. These shared-use trails are professionally crafted by some of the world’s best trail builders to showcase natural iconic beauty through innovative and sustainable design.