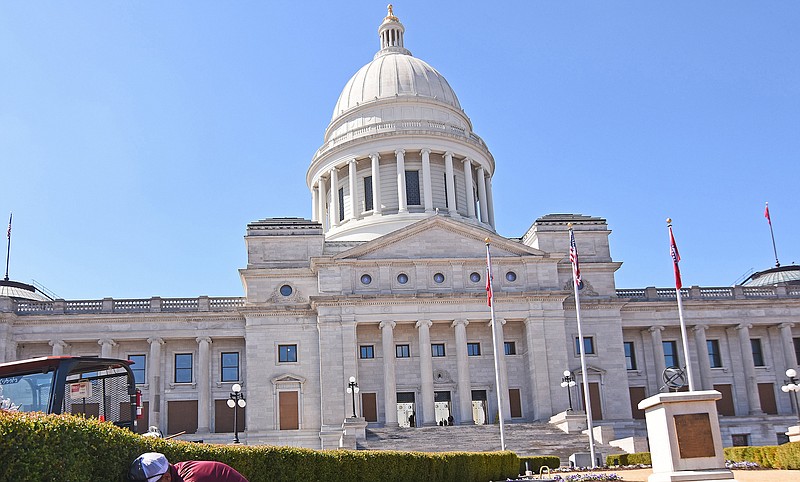 State help to get another 100 medical residents training as doctors in the region tops the list of the Northwest Arkansas Council's legislative priorities, the council's president said Friday.

This help would cost about $12 million, a one-time expense to bridge a gap in federal funding for training doctors, he said.

The next regular session of the Legislature begins Monday. The council is a group of local business and community leaders who focus on regional issues. The group succeeded in getting the state to approve the one-time spending of $12 million to open up 100 medical residency slots at Washington Regional Medical Center, slots which began opening last year.

Arkansas still lacks as many resident positions as it has medical school graduates. Room for another 100 residencies are needed for the state to keep those graduates from going elsewhere, council President Nelson Peacock said.

Arkansas medical providers have sought more slots for years, according to news reports. Doctors tend to stay and practice in regions where they were residents.

Support for more and better options for technical and workforce education tops the list drawn up by the Bentonville, Rogers, Springdale, Fayetteville and Siloam Springs chambers. Clark also said state support for higher education has fallen farther behind the levels needed than general education, and that both need more.

"The university and the school district are the number one and number three employers in Fayetteville," Clark said. And all the other employers in the region need skilled workers, he added.

Educators are waiting to see what happens to education in the session.

"Our focus in Springdale is to allow students to enter the workforce earlier and more prepared. Now more than ever, our industry partners need a highly trained, highly qualified workforce."

"We understand education will be an important part of this legislative session," Perry said in a statement on Friday. "Our life's work is to serve students and families. We hope to be a resource for legislators as they consider potential changes, which will impact public schools. The state Legislature is tasked with an enormous responsibility of creating laws which will govern the entire state. It is the duty of each citizen and entity to provide feedback to our legislators to ensure they have access to all of the information needed to make informed decisions. We sincerely appreciate their sense of public service and it is our sincere hope local legislators will continue to have meaningful dialogue with school leaders as we navigate through this legislative session."

Fayetteville School District Superintendent John L Colbert was explicit in what he does and does not want.

"We definitely would like them not to pass any law dealing with vouchers, especially when it means taking money from public school funding," Colbert said in a statement Friday. "We would also like to see increased funding for pre-K, adding additional money to the funding formula, repealing the current law that states that the school year cannot begin any earlier than two Mondays before Labor Day, and legislation protecting Arkansas Teacher Retirement."

Workforce issues are a common cause for area businesses, immigrants and the incoming governor's administration, said Mireya Reith, executive director the immigrant rights group Arkansas United of Fayetteville. The incoming administration of Sanders met with her group and is sensitive to workforce issues, Reith said. Immigrants and other workers want to increase their skills for the better pay while the region's businesses need more of such workers, she said.

For counties, the most pressing need is to make more room in county jails by getting state prisoners out of them, said Benton County Judge Barry Moehring.

The backup of state prisoners "is a priority not just for Benton County, but for the county judges association," Moehring said. Overcrowding in Benton County's jail means no room for misdemeanor offenders.

"This makes it a struggle to mete out justice with misdemeanor crimes," he said. Going without punishment emboldens misdemeanor offenders, leading them to committing more serious crimes, he said.

Both criminal justice and education are particularly complex issues, Reith said. On these and all other issues the state needs to hear those who are directly impacted, including badly underrepresented Latinos and Asians, she said.

At the city level, municipalities have had to spend too much time playing defense against unwanted changes from the Legislature in recent sessions, Mayor Doug Sprouse of Springdale said.

"Hopefully there will be some legislation we can get behind in this session," he said.

Legislation to make city elections partisan is expected, and he would oppose that, Sprouse said.

"From the county to the federal level, partisanship hasn't helped get things done, and almost all of what cities do is nonpartisan anyway," he said.

Rogers Mayor Greg Hines raised the same issue about municipal elections in a separate telephone interview later on Friday. "Partisan elections were pushed hard last session, and we expect it to be pushed hard again," he said.

"It's just upside-down to me that my party, the party of local control, is the one pushing this," Hines said of the state Republican Party. "We beat it before, and I think we'll beat it again, but cities are having to use a lot of their capital against this."