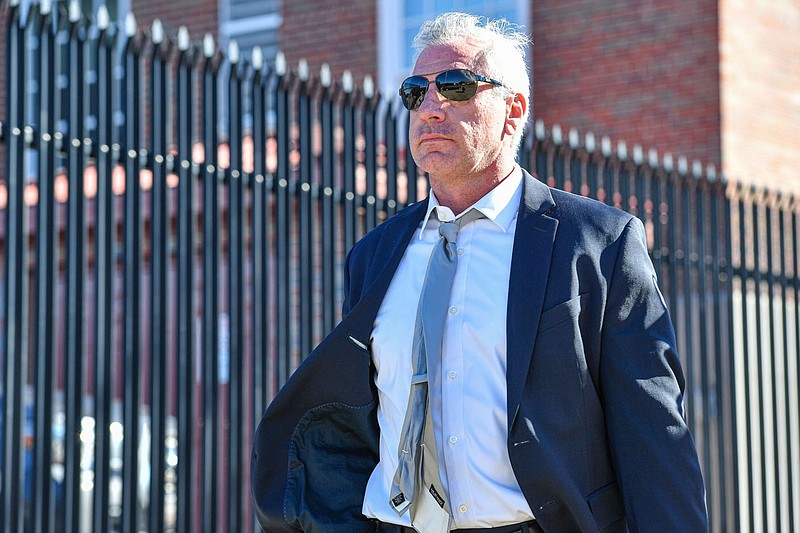 Cessario must spend the first six months of probation on home detention, although no electronic monitoring will be required, according U.S. District Judge P.K. Holmes. Holmes also ordered Cessario to pay a $25,000 fine.

"This is probably the most significant fine I've ever imposed in a case with a plea agreement," Holmes said. The fine reflects the seriousness of Cessario's offense, the judge said.

Cessario's presentencing report says federal guidelines would require at least five months in prison. The crime Cessario admitted to -- corrupt destruction of an object in an official proceeding -- carries a minimum recommended sentence of 10 months in prison.

The sentence can be mitigated by cooperation, according to federal guidelines. The federal sentencing report notes Cessario acknowledged his crime, accepted a plea and has no prior criminal history. He served in the FBI for 17 years, according statements by Alan Jackson, the government's attorney in the case. Defense attorney John Everett of Farmington told Holmes that Cessario's conviction renders his client unemployable in any kind of law enforcement or security capacity.

"I'd like to say that five years ago, I had an extreme lack of judgment. I apologize to my family, friends and colleagues," Cessario said in court Thursday.

A federal Freedom of Information Act request filed by the Northwest Arkansas Democrat-Gazette asked for particulars about Cessario's case, such as how long he remained in FBI employ after his crime came to light, whether he was eligible for a pension and why the case took four years and seven months between the time the laptop erasure came to light and charges were filed. The U.S. Department of Justice denied the request on the grounds of protecting Cessario's privacy. The denial is being appealed.

The Woods case was the first to go to trial. He is serving an 18-year federal prison sentence.

"Although it was not served, we are thankful that justice was sought today," said a statement issued by Woods' family.

Chad Atwell of Fayetteville, an attorney for Woods co-defendant Randall Shelton Jr., issued a statement Thursday. Both Shelton and Oren Paris III, who pleaded guilty before the trial began, received prison sentences. It said in part: "When people say they think the system is flawed, they do not really need to look any further than this plea and sentencing to prove their point." Cessario's sentence "is less than someone in Arkansas can expect to get who misses or shows up late to their court date."

Files due to the defendants in the Woods case that Cessario was responsible for delivering were found missing. Cessario had the laptop's hard drive wiped by a computer shop in Bentonville and then erased the drive again himself before complying with an order by the U.S. Attorney's office to turn the laptop in for examination.

"However, the government has no evidence suggesting that (a) the defendant had any reason for wiping the computer other than his expressed one, which was to remove sensitive personal and family information on the computer, or (b) the defendant had any motive to impede the public corruption prosecution grander than making one piece of evidence, the computer, unavailable for use in the prosecution," the Justice Department said in its Dec. 15 sentencing recommendation to Holmes.

Cessario's claim of removing personal information was declared to be unbelievable in previous court hearings by U.S. District Judge Timothy Brooks, who presided at Woods' trial.

Brooks took Cessario into a hearing in his chambers after the destruction of evidence came to light. After the closed hearing in which Cessario gave his reasons for wiping the laptop's memory, Brooks asked the prosecution in a public hearing in his courtroom in Fayetteville on Feb. 15, 2018, if Cessario's reason was credible.

"No, your honor. That reason sounds like burning down a house because you don't like the drapes," Assistant U.S. Attorney Aaron Jennen told Brooks.

Then-state Rep. Micah Neal, R-Springdale, carried an audio recorder disguised as a pen during most of 2016. He told federal investigators he was willing to wear such a hidden recording device. Investigators declined, but Neal went ahead and recorded any conversation he thought might interest investigators. He said he hoped he could be of more value to the government and reduce his sentence.

Cessario used his FBI laptop to make copies of the audio files from Neal after they were placed in a Dropbox file-sharing folder. He testified in the 2018 court hearing he copied every file that was there and copied them to computer disc in November 2016. Copies of those recordings were turned over to the defense in April 2017.

According to court testimony, not all the files were in the Dropbox folder the day Cessario downloaded the files and then made his copies. Only 39 of at least 119 audio files made it to the defense. Recorded conversations specifically mentioned in texts from Neal's attorney to Cessario in 2016 weren't there.

Jennen ordered Cessario to turn over the laptop for examination in a Dec. 4, 2017, email. Before turning the laptop over, on or about Dec. 6, Cessario had the hard drive professionally erased at a computer shop in Bentonville, then erased it again himself before turning it in Dec. 7. These facts came fully into public light in a pretrial hearing in Woods' case on Jan. 25, 2018.

According to testimony in that 2018 hearing, the bureau's computer examiner in Little Rock found the hard drive was blank. He called Cessario, who asked the examiner to report there was nothing on the drive. The examiner refused and reported the erasure to superiors.

Holmes noted Brooks was able to prevent any disruption of the case by Cessario's actions, noting Woods' conviction was upheld on appeal.

After Cessario's tampering came to light, investigation and prosecution of Cessario was assigned to an outside jurisdiction because Cessario worked in the Department of Justice's Western District of Arkansas, which prosecuted Woods. Jackson is an assistant U.S. Attorney for the Justice Department's Eastern District of Texas. 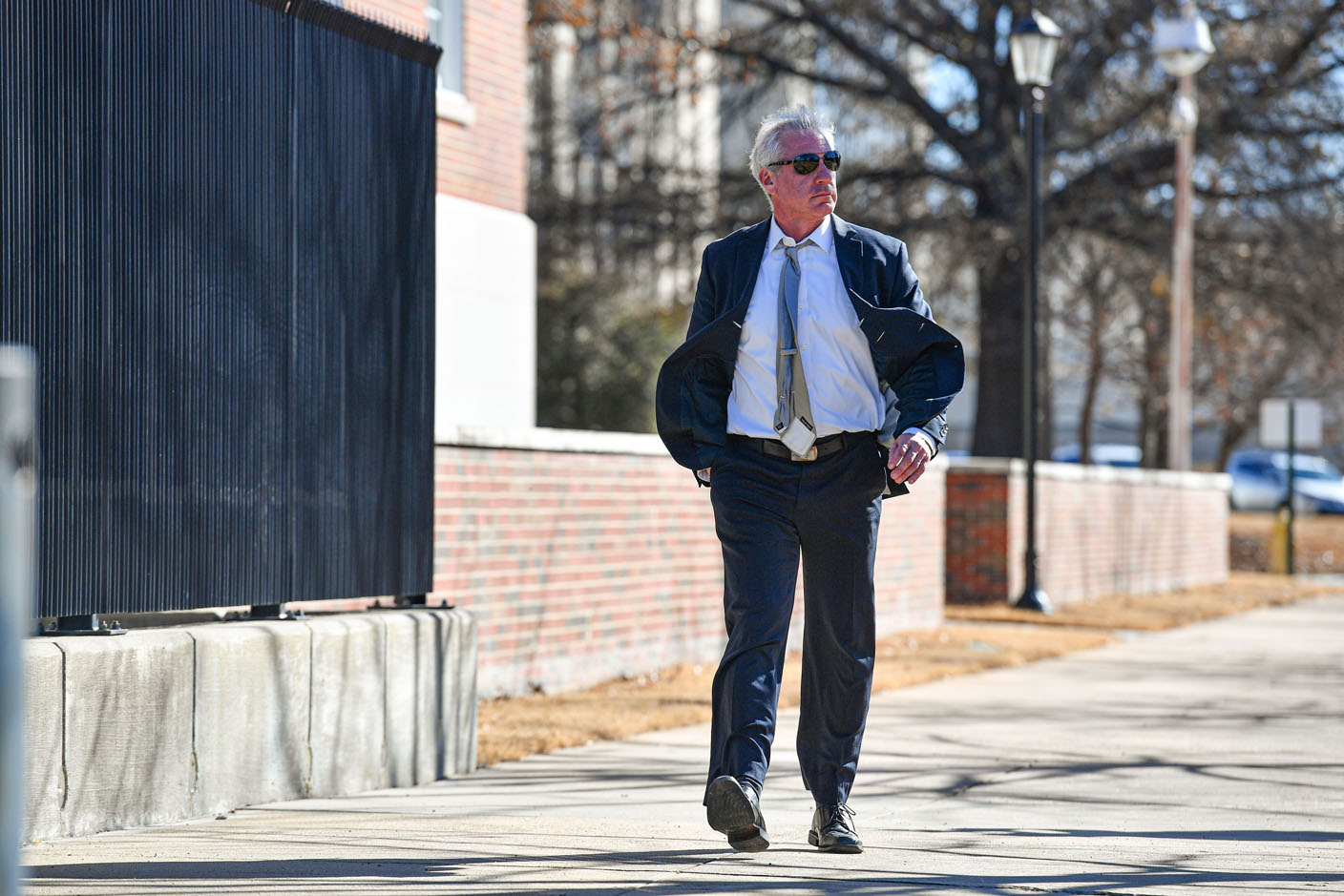 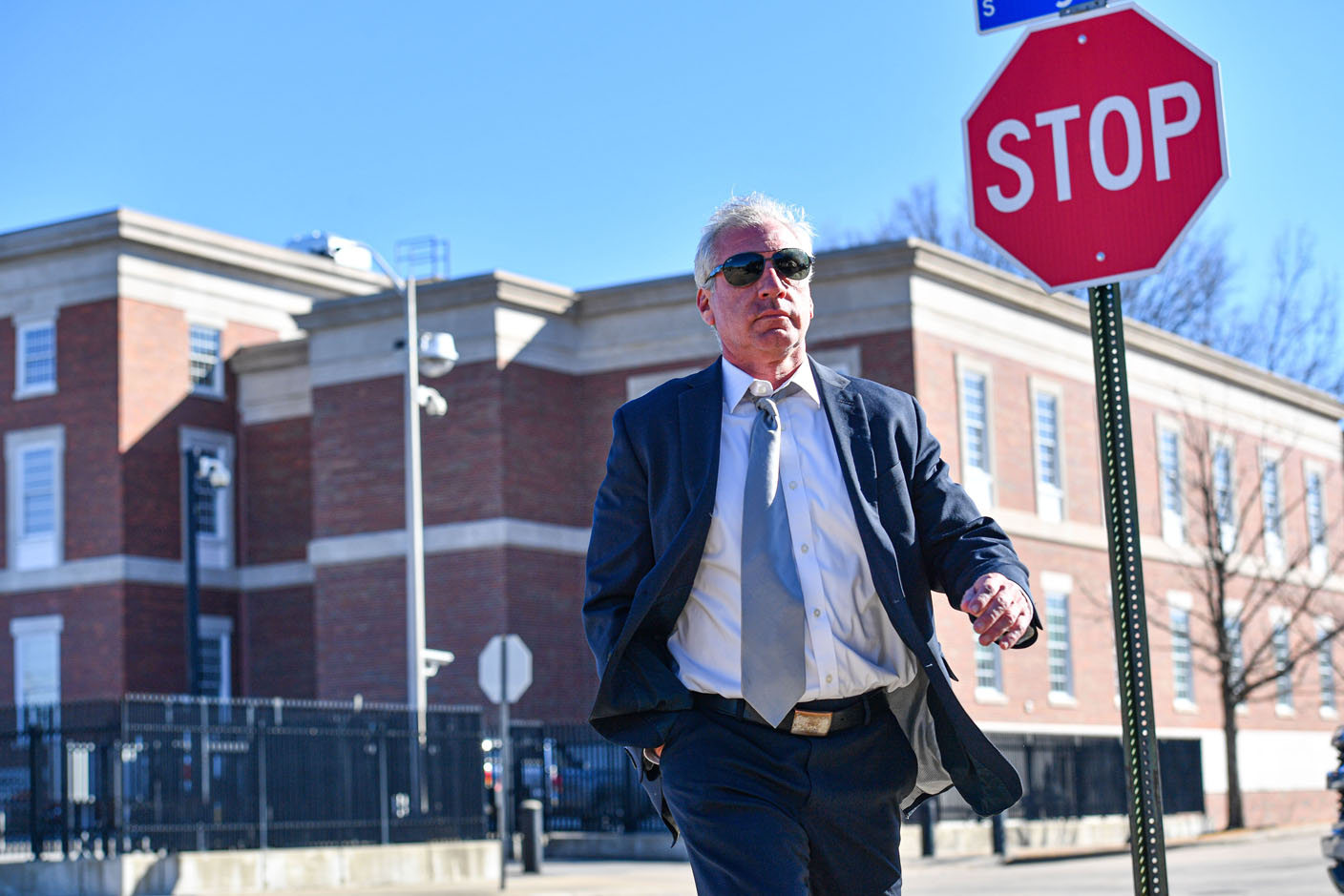