Reunification obstruction will be ‘crushed by wheels of history,’ official says by TED ANTHONY The Associated Press | September 25, 2022 at 4:00 a.m. 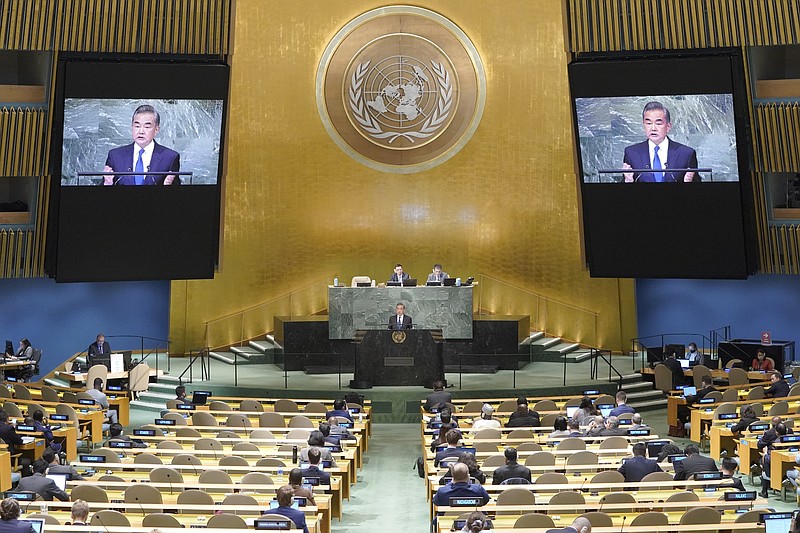 UNITED NATIONS -- China underscored its commitment Saturday to its claim on Taiwan, telling assembled world leaders that anyone who gets in the way of its determination to reunify with the self-governing island would be "crushed by the wheels of history."

"Only when China is fully reunified can there be true peace across the Taiwan Strait," Wang Yi, China's foreign minister, said at the U.N. General Assembly. He said Beijing would "take the most forceful steps to oppose external interference."

China regularly and vehemently defends its claim to Taiwan, which separated from the mainland after a 1949 civil war and now functions with its own government. Taiwan is a core issue of China policy.

A visit last month by House Speaker Nancy Pelosi ratcheted up tensions between Washington and Beijing.

"The PRC [People's Republic of China] government is the sole government representing all of China," Wang said. "The one-China principle has become a basic norm in international relations."

He added: "Any move to obstruct China's reunification is bound to be crushed by the wheels of history."

China exercises regular pressure worldwide on any entity that even implies Taiwan might be a separate nation. The mainland government's muscle has isolated the island's government, though a few U.N. members continue to have diplomatic relations with Taipei rather than Beijing.

Wang's appearance at the 2022 in-person edition of the U.N. General Assembly came after two years of remote, pandemic-era speeches by China's top leader, Xi Jingping. Xi did not attend this year's event.

The United States and China have an uneasy diplomacy and are at odds over many core issues. They have sparred for decades over human rights, most recently the mistreatment of ethnic Uyghurs in the Xinjiang region of western China.

Beijing views U.S. criticism as hypocritical and an act of interference in its internal affairs. This is always reflected in remarks from China's leadership.

Wang's speech used lightly coded phrases and references that critiqued Washington without coming out and saying so.

For example, Wang said, "We stand firmly against attempts to politicize human rights," and "We must uphold equity and oppose bullying" -- both references to longtime irritations it has with U.S. policy.

While Taiwan and human rights perennially stand in the way of China-U.S. relations, Wang and U.S. Secretary of State Antony Blinken met Friday on the General Assembly's sidelines.

U.S. officials said Blinken ramped up the Biden administration's efforts to press China to end provocative actions against Taiwan. China's Foreign Ministry, in a summary of the meeting, said Wang told his counterpart that "the current China-U.S. relations are facing grave impacts, and there are lessons that the U.S. side needs to learn from."

It said the two discussed "the U.S. side's recent erroneous acts on the Taiwan question." However, it also said: "Both sides believe that the meeting was candid, constructive and important, and agreed to maintain communication."

After the takeover of China by Mao Zedong's Communist forces in 1949, Chiang Kai-shek's Nationalists decamped to Taiwan and kept their separate government going. It was recognized by the United States until 1979, when Washington established relations with Beijing. 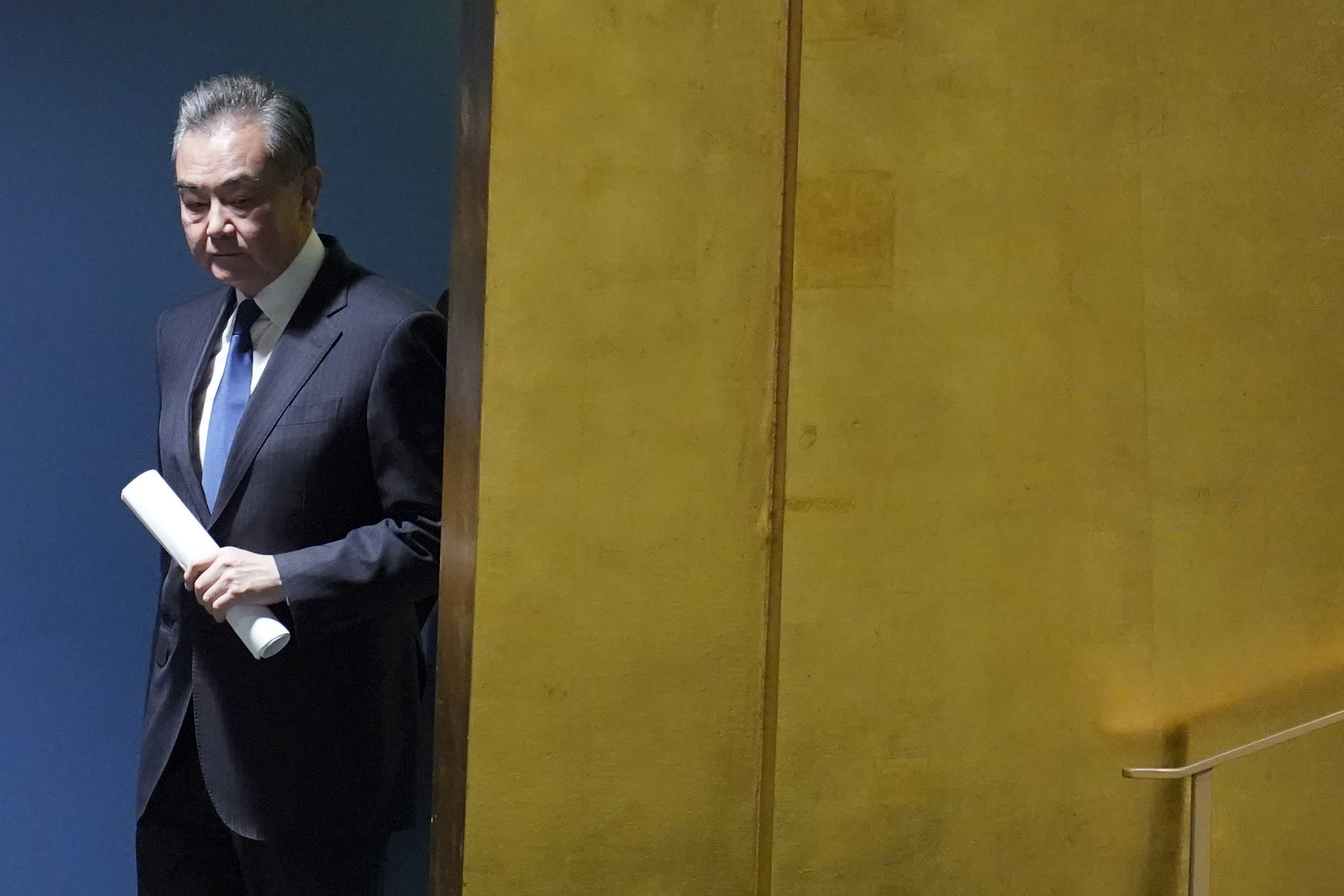 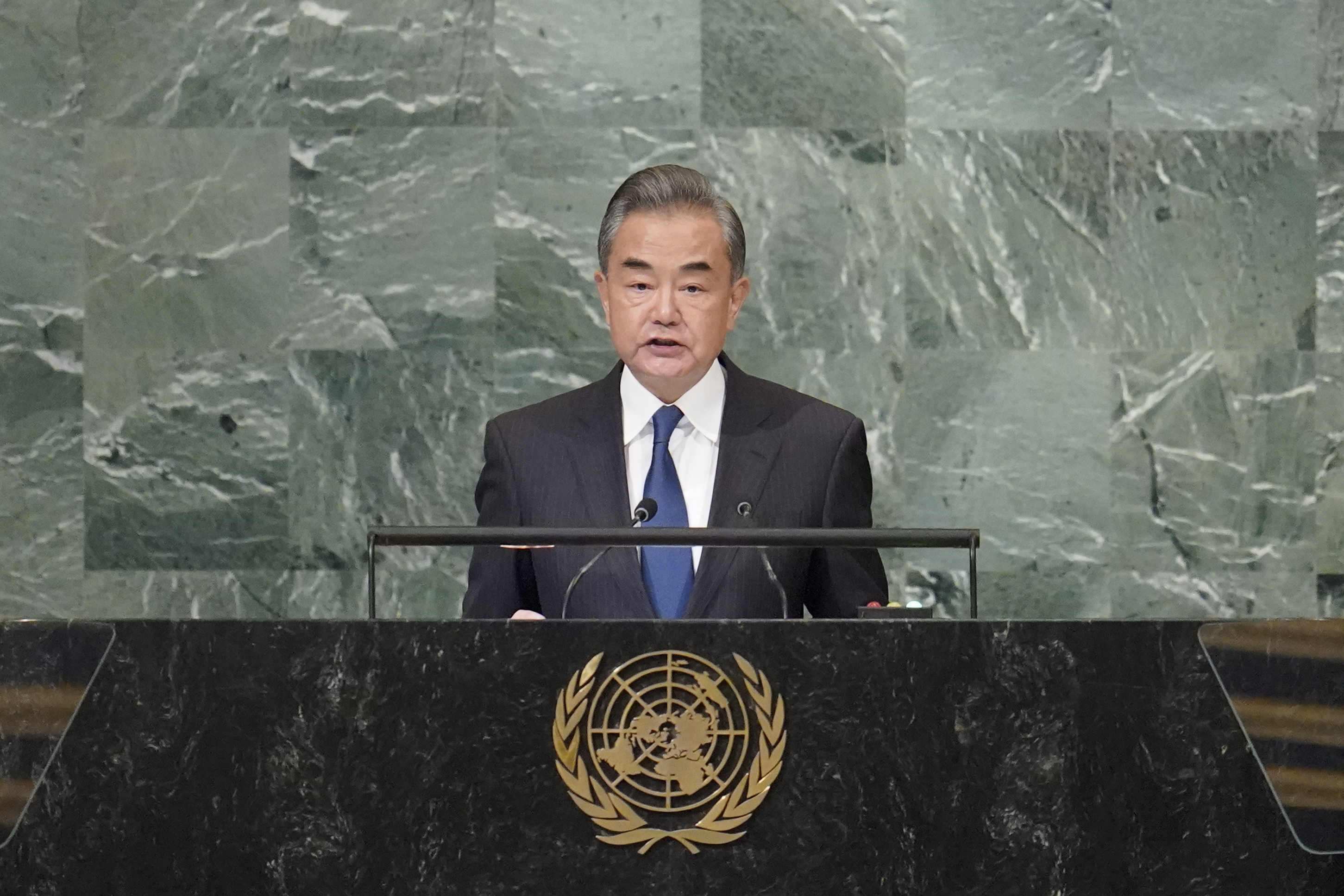 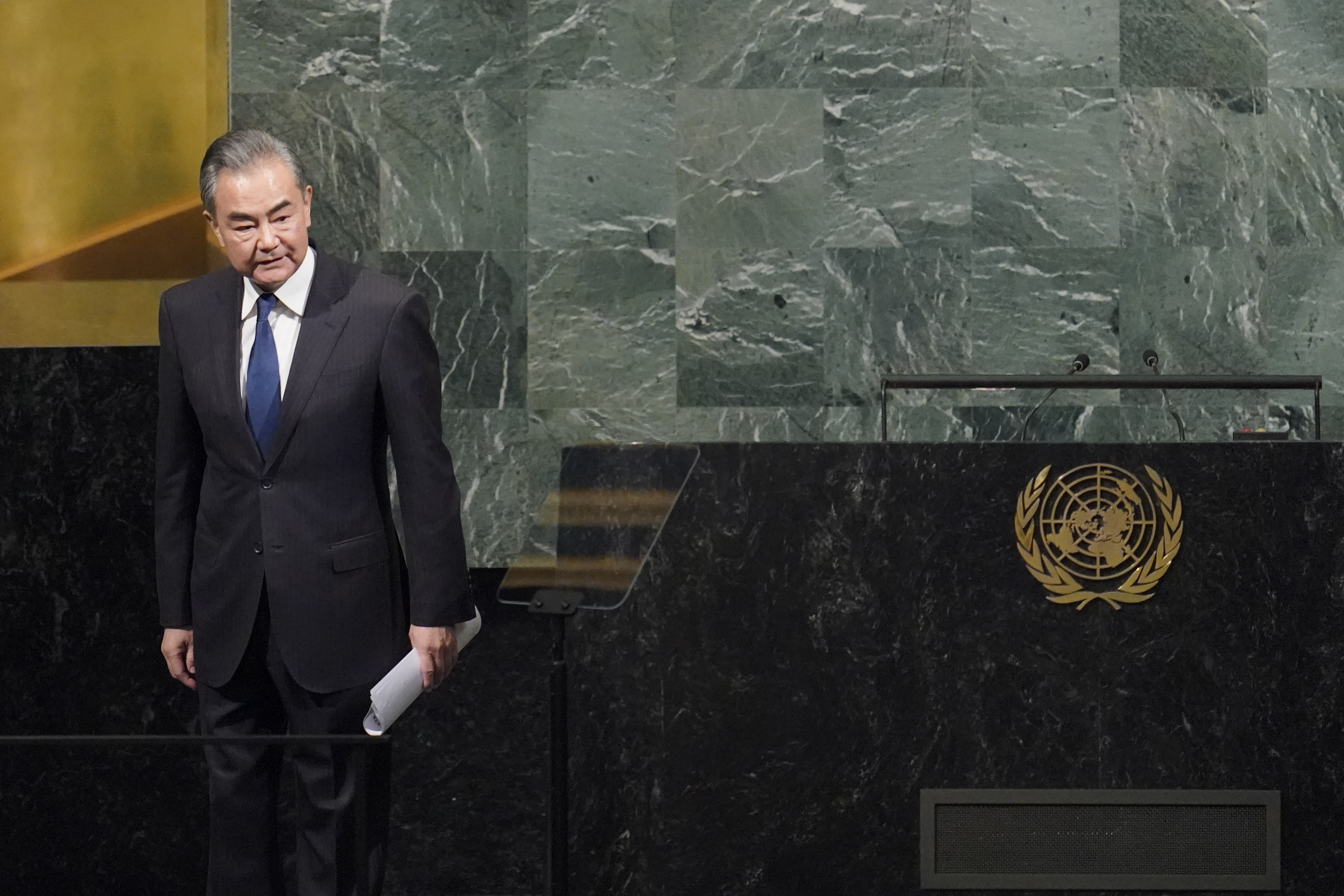