Hispanics shortchanged by 2020 census, and 2030 count is closer than it appears, speaker tells conference 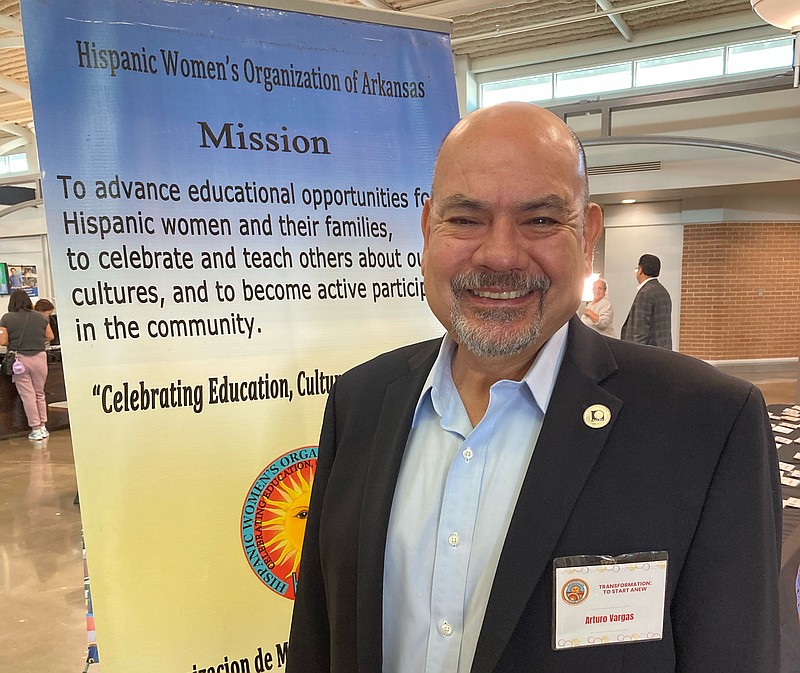 SPRINGDALE -- The 2020 U.S. census shortchanged Hispanic Americans, and the time to make sure that does not happen again in the 2030 census is now, the keynote speaker to the Hispanic Women of Arkansas' annual conference told the gathering.

"We expected Texas to gain three more congressional seats," from the census, which decides how many seats in the House of Representatives each state gets, said speaker Arturo Vargas, chief executive of the National Association of Latino Elected and Appointed Officials. "We expected Florida to gain two and Arizona to gain one from growth, which was largely in their Hispanic populations. Texas gained two seats, Florida one and Arizona none."

The federal Census Bureau acknowledged in a March 10 statement that the 2020 tally slighted the national Hispanic population by 5%. This was more than three times the rate of error for that group in the 2010 census, the bureau acknowledged. The only demographic with a worse undercount in the final census number, according to the bureau, were Native Americans living on reservations.

The federal government also distributes $1 trillion a year in aid to states using census figures, Vargas said. States with high Hispanic populations are already getting less than they are entitled to because of the bad count, he said. His organization considered challenging the census results, Vargas said, but decided to concentrate instead on fixing the problems before the next census.

The size of the Hispanic populations compounds the seriousness of the error, Vargas said. Hispanics make up 62 million Americans, the second-largest demographic group in the United States, he said. A 5% error with such a large group amounts of millions of uncounted people, he said.

"If you don't count a group that large accurately you can't have a successful census," Vargas said.

Vargas spoke to approximately 150 attendees of the conference at the Jones Center in Springdale. The Hispanic Women of Arkansas seeks to advance educational opportunities for Hispanic women and their families, to celebrate and teach others about their cultures and to have Hispanic Arkansans become active participants in the community, according to the group. Membership is open to all, Hispanic or not.

Vargas' association is a nonprofit, nonpartisan group of elected and appointed Hispanic people in government. The association is based in Los Angeles.

The national association also commissions polls of Hispanic voters in the weeks before an election. The latest of those tracking polls found inflation to be Hispanic voters' top concern, but women's reproductive rights and abortion made the most dramatic increase, he said. The poll found the reproductive rights issue was the second-most issue on the minds of the 400 voters polled at 28% -- an increase from as low as 2% in 2018, according to the statement from the association. The poll claims a margin of error of plus-or-minus 4.9%, according to the association statement.

That result pleasantly surprised attendee Tania Cardenas of Springdale, she said after Vargas remarks. She was glad women's issues received so much attention, she said.

"Latinos vote for the candidates and campaigns that address their issues," Vargas told the conference. These voters as a whole do not vote along party lines, he said.

The 2020 election was the first time in history a majority of Hispanics who are eligible to vote in the United States did so, Vargas said. That amounted to more than 16 million votes. His organization expects 11 million Hispanic votes in the midterms, a typically lower turnout in a nonpresidential election year but still significant.

"We're becoming the new swing voters in this nation," he said.

Census bureau statement on the 2020 under-count: