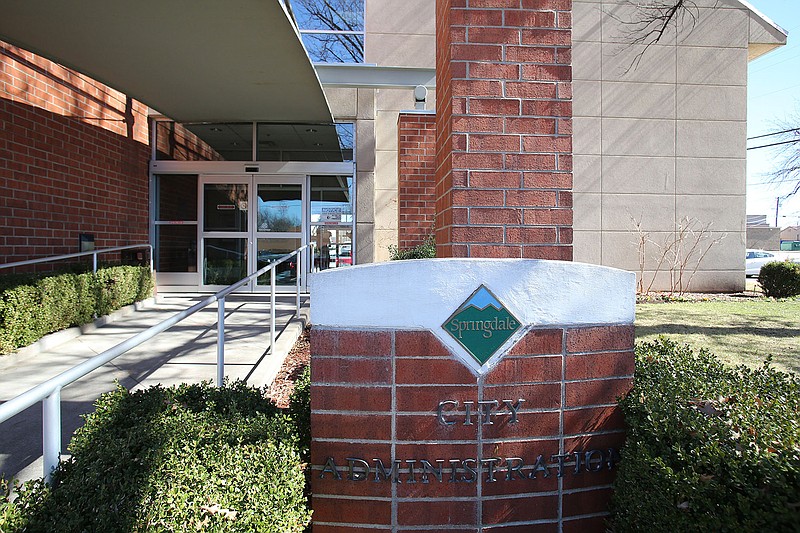 SPRINGDALE -- The City Council, working Wednesday night as a committee of the whole, moved forward the city's biennial contract with the Springdale Chamber of Commerce.

The council on Tuesday will vote during its regular meeting on paying the chamber $225,000 per year "to promote development and economic growth within the city," the contract reads.

The chamber did not ask for an increase in the contract price, said Colby Fulfer, the mayor's chief of staff. The city pays a portion of the contract to the chamber each quarter.

The money will be paid from the city's general fund. Fulfer explained he wanted the council members to be aware of the cost, so they can add it to next year's budget. The council will meet next month to review the 2023 budget as presented by Mayor Doug Sprouse.

Bill Rogers, president of the chamber, explained chamber staff are the first contact for people wanting to set up businesses in Springdale. Chamber staff also work with existing businesses that want to expand, he said.

Rogers said chamber staff can help a business owner locate property or buildings for purchase or lease and economic incentives offered by the state.

"There are different layers of the support we provide because every business has its own needs," Rogers said.

The chamber ultimately helps new and existing businesses create new jobs for Springdale that will provide the workers quality wages that will help their families, Rogers continued. The chamber can help those businesses be profitable so they can pay those wages, he said.

Economic success of businesses and employees can relate to increased sales tax paid in the city, Rogers said. Taxes are returned to the city to provide services for residents.

The City Council approves mayoral appointments to two groups administered by the chamber as a part of the contract with the city.

The Public Facilities Board buys, sells and manages industrial land for the city.

The Advertising and Promotions Commission directs chamber staff as they promote the city to businesses and tourists.

Council member Randall Harriman said he would like to see reports on the promotion efforts of the commission.

He said he'd like to know which different groups the staff contacts and the success of those contacts.

Council member Mike Overton, who represents the city on the commission, called his two years on the commission "encouraging." He said he has been impressed with not only print and website advertising, but also the results of the Explore Springdale app, all of which are tracked by the staff.

"I had some of the same questions before I got on the commission, and I am very impressed," he said.

Overton suggested the chamber staff members working with the city's promotions make a presentation to the council.

The chamber presents a quarterly economic impact report to the council.

Fulfer suggested the chamber could add advertising tracking to the report.