Bowman's contact with 4-star DB goes to another level 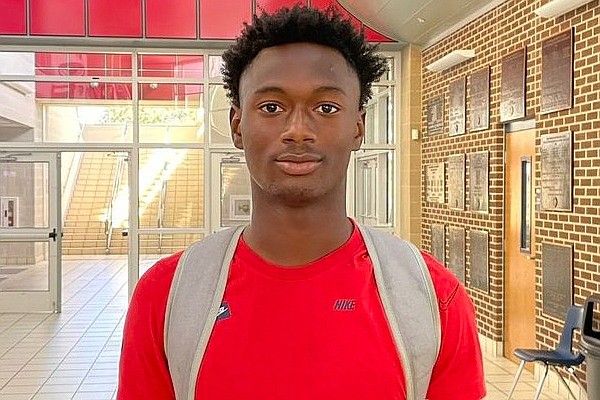 But after Sept. 1, the first day coaches could directly contact recruits, the connection has gone to another level.

“I’ve been staying in close contact with Coach Bowman heavily,” Dotson said. “Man, when Sept. 1 hit, Arkansas was one of the programs that blew me up. They’ve always been my top program, top dog since the beginning.

"Coach Bowman started recruiting me and he felt like one of the coaches that really wants me.”

Bowman has help recruiting Dotson by way of his cousin Peso Dotson, who is a junior from the Dallas area who attends the University of Arkansas. His former teammate and Razorbacks linebacker Jordan Crook and his mom are also pluses for the program.

“One of my cousins goes to Arkansas and he’s really close to the football team, basketball team,” Dotson said. “My mom just loves the coaches there and, of course, Crook is loving it. He enjoys it down there. I’ve been watching him get in a couple of plays.”

Dotson recorded 26 tackles, 3 interceptions and 4 pass breakups for the 6A Division I runner-up Panthers as a sophomore.

His cousin isn’t shy about his love for the Razorbacks.

“He texts me every week,” Dotson said. “He sees me going to other colleges and tells me, 'Enjoy the time, but Arkansas is the place for you.'"

He has visited Fayetteville at least twice and now plans to make it back for the Alabama game on Oct. 1. He also attended the Razorbacks' 20-10 victory over Texas A&M in Arlington, Texas, last September.

He has plans to attend Saturday’s game against the Aggies.

Dotson is looking to reduce the schools he is considering.