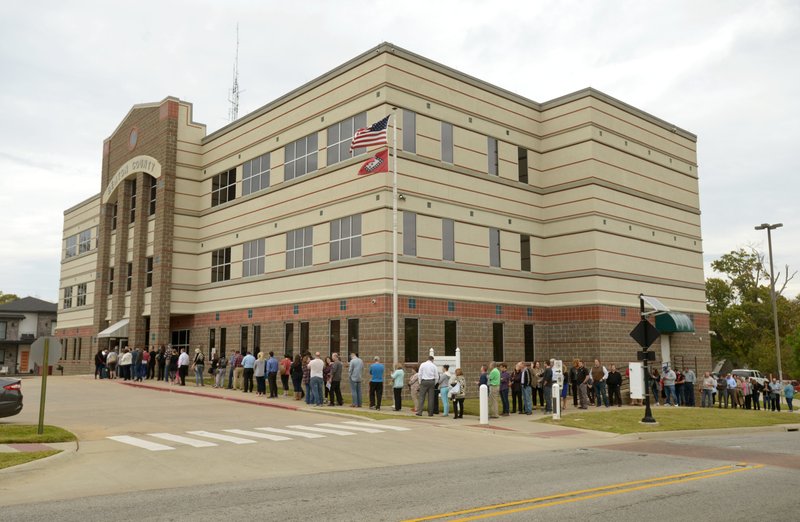 BENTONVILLE -- The Benton County Planning Board on Wednesday voted to deny a plan for a "glamping" site near Beaver Lake.

The planners had two options: vote to approve or deny the proposal. The time limit had passed for the board to vote to table the matter.

The board members were concerned about the impact wastewater from the glamping site could have on Beaver Lake.

Board member Rick Williams made the motion to deny the request because he said there are too many unknowns, hypotheticals and threats.

Board member Sean Collyge said he was concerned about the impact on the water quality at Beaver Lake.

The planners voted 5-0 to deny the request.

The board voted two weeks ago to table the request to get more details on the septic system and to have a hydrologist to determine whether any underground water is running into Beaver Lake.

Contentment at Beaver Lake was planned for 12200 Shockley Place Road. The site is east of Hickory Creek.

Gene and Candia Nicholas, the property owners, submitted an application for a glamping site to be comprised of 24 glamping tents, six covered wagons, five family cabins, five vacation cabins, a lodge, a waterfront pavilion, a pool/spa, and a maintenance and bathhouse, according to planning documents.

Glamping is a form of camping in which the accommodations are more luxurious than traditional camping.

Board member Bob Bracy said the county does not have zoning so the board looks at land usage. He said the project may be compatible with the land usage in the area.

Johnson said there would be more traffic in the area, but the site would be secluded.

Bracy said he believed the project was compatible and could be beneficial to area, but he was still concerned about the waste treatment plan for the site.

Dozens of people showed up at Wednesday's meeting, and planners gave them an opportunity to speak about the project.

McCredy said more information needed to be gathered about the project before the board approves the plan.

Lane Crider, chief executive officer of Beaver Water District, said the planners had the authority to approve the land usage. He urged the board to table the project until all the questions and concerns were addressed. He said the project is not compatible with Beaver Lake due to it being about 4 miles from the district's water intake system.

Crider said the district is not against any development, but only wants to make sure the project is not only compatible with the surrounding area, but also with the lake.

Scott Leechman said his land is adjacent to the project, and he spoke in favor of the project.

Bracy said the project is a unique issue for the board because the lake supplies recreation but is also the water source for the area.

Johnson said he has to discuss with his clients whether they want to resubmit the plan to the board.