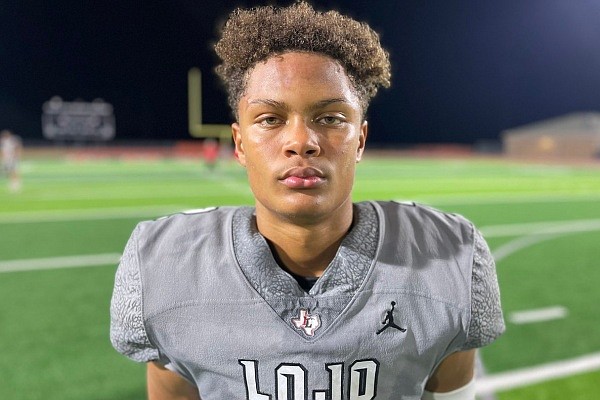 McCutcheon, 6-0, 170 pounds, has 12 offers from schools such as Arkansas, Texas A&M, Ole Miss, Oklahoma, Ole Miss and Penn State. The Razorbacks were the second school to offer him on May 12.

He is in communication with Arkansas receivers coach Kenny Guiton and has plans to visit the Razorbacks this season.

“I haven’t been up there yet, but I will be going up to see one of the games this year,” McCutcheon said. “I think they’re a good prospect. Coach Guiton keeps telling me about it. I’ve been contacting him every week.”

He is not rated by any recruiting services, but that should change in the near future. Livingston and Pierce have visited Fayetteville several times.

They and others have talked up the Razorbacks.

“A lot of people tell me it’s nice up there and they tell me it’s a good program, but obviously I have to check it out myself,” McCutcheon said.