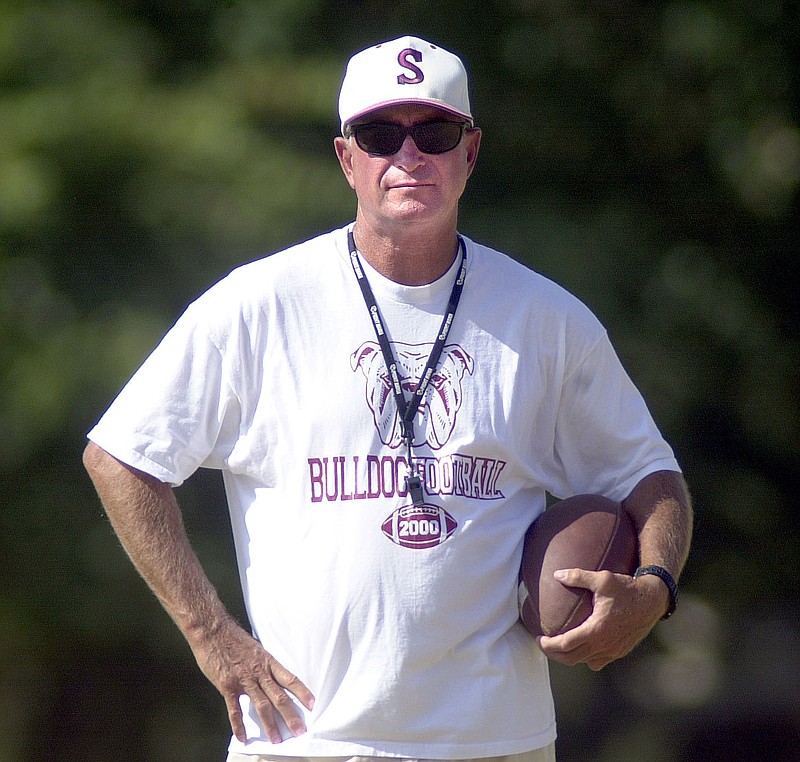 Springdale was just a town that played football until Jarrell Williams arrived. The program at Springdale High soared under Williams, who won 261 games, 15 conference championships and four state championship with the Bulldogs from 1965-2000. (FILE PHOTO/Arkansas Democrat-Gazette)

Few know the story of Springdale athletics better than Don Struebing, who was an All-American center at Springdale High under legendary coach Jarrell Williams. Struebing coached at Springdale and Springdale Har-Ber and his sons played football at Har-Ber.

"You ask anybody around the state and when you hear the word Springdale, you think high school football," said Struebing, who is now in private business. "After that, it's probably chickens."

Ah, yes, the chickens. Springdale is home to Tyson Foods, a worldwide multibillion dollar Fortune 500 company. Springdale is also noted for the annual Rodeo of the Ozarks, which attracts the top cowboys and cowgirls on the professional rodeo circuit each summer. Springdale is host to many and varied restaurants including the popular Neal's Cafe, where diners can eat a country-style meal with a trophy buck mounted on the wall just feet above their heads.

Springdale is a working-class town, and that is reflected in its football programs, started by Williams years ago at Springdale High. For high school football, there may not be a more recognizable symbol of excellence in Arkansas than the 'Super S' lettering on the field at Springdale High. It is a tribute to the Bulldogs and Coach Williams, the man whose name is on the stadium. Williams coached for 35 years at Springdale, where he won 261 games with 15 conference and four state championships in 1968, 1969, 1982 and 1989.

"Playing for Jarrell, it was a life-long dream for me as it was for all my teammates," said Struebing, who also played college football at the University of Arkansas and Central Arkansas. "It's what you did. It's what the men in this community did for decades. Coach Williams for us, he was our Vince Lombardi. He was our 'Bear' Bryant. Looking back, he was our community's version of (Gen.) George Patton."

"When the day is done, we all live within the city limits and these are Springdale kids," said Chris Wood, who's coached at all three programs and has led Har-Ber as head coach since 2006. "Whether you put on Bulldog red or Wildcat blue, Shiloh gold, you're representing the DNA of aunts, uncles, grandpas and it's the Jarrell Williams brand that you're putting on the field. It doesn't matter the color of the jersey, if you've got Springdale on the front of it, it's a special deal and there's a different standard you have."

Wood and Jeff Conaway at Shiloh Christian have continued the tradition of winning that started with Williams, who was inducted into the Arkansas Sports Hall of Fame in 2009. Springdale High teams under Williams were noted for their physicality and it began during preseason in a drill called the Blood Pit, where players went 1-on-1 in tight space between two tackling dummies.

"The program was built on just hard-nosed guys that got after it," said Chris Smith, a fierce tackler who played for Williams at Springdale in the 1980s. "We always said we may not beat you on the scoreboard, but you are dang sure going to know you were in a fight. That was what Coach Williams and all the coaches preached."

After Williams retired, Gus Malzahn brought his "hurry, hurry" wide-open brand of football from Shiloh Christian and guided the Bulldogs to a 14-0 record in 2005 before joining the college ranks as a coach. Springdale averaged 47.4 points that season when most of its games were, essentially, over by halftime.

The Bulldogs were such an attraction in 2005 that fans were still piling into War Memorial Stadium in the first half for the state championship game against West Memphis. More than 30,000 fans watched as Springdale applied an exclamation point to its undefeated season with a 54-20 victory over West Memphis.

Afterward, six Springdale seniors signed Division 1 scholarships, including receiver Damian Williams, who played at Arkansas and Southern California before landing in the NFL with the Tennessee Titans and St. Louis Rams. Springdale finished as high as No. 2 in the national rankings for high school football teams.

"This is the best team I've ever played on," Williams said when the 2005 Bulldogs were honored before a game at Jarrell Williams Stadium in 2015. "We were a band of brothers. We knew every time we stepped on the field we were fighting for each other."

If the Springdale team of 2005 is considered "best ever" in Arkansas, then a Class AA quarterfinal playoffs game between Shiloh Christian and Junction City in 1999 has to be among the "best ever" to be played not only in the state, but perhaps the country.

Malzahn was the coach when Shiloh Christian rallied from a 51-35 halftime deficit to beat Junction City 70-64 in a game where the teams combined for 1,407 yards in total offense. Shiloh Christian quarterback Rhett Lashlee, who is currently the head coach at Southern Methodist University, completed 36 of 59 passes for 668 yards and 8 touchdowns and 2 rushing touchdowns in the game.

Austin Bivens, who spent seven years on the radio as the play-by-play announcer for Shiloh Christian, remembers the game as "The Night the Lights Went Out in Junction City" after someone parking a car hit an electric pole and knocked the lights out prior to kickoff.

"We sat there 45 minutes to an hour and, at one point, we thought we were going to have to get hotel rooms and play the game the next day," Bivens said. "Marcus Godfrey, their great running back, literally ran a quarter of a mile, 250 yards, in the first half. He, literally, just got tired. The scoreboard wasn't working and Gus used that to his advantage; kept telling the kids we need to score again, we need to score again. Eventually, they just wore them out."

Shiloh Christian went on to defeat Harding Academy and Carlisle to claim the Class AA state championship with a second straight 15-0 record.

Springdale High has mostly struggled since its break with Har-Ber. But if there's anyone who knows about the Springdale tradition it's Brett Hobbs, an all-state linebacker who is now head coach of the Bulldogs. The process is ongoing for Springdale, which is 0-3 to start the season.

Prep Rally Game Of The Week 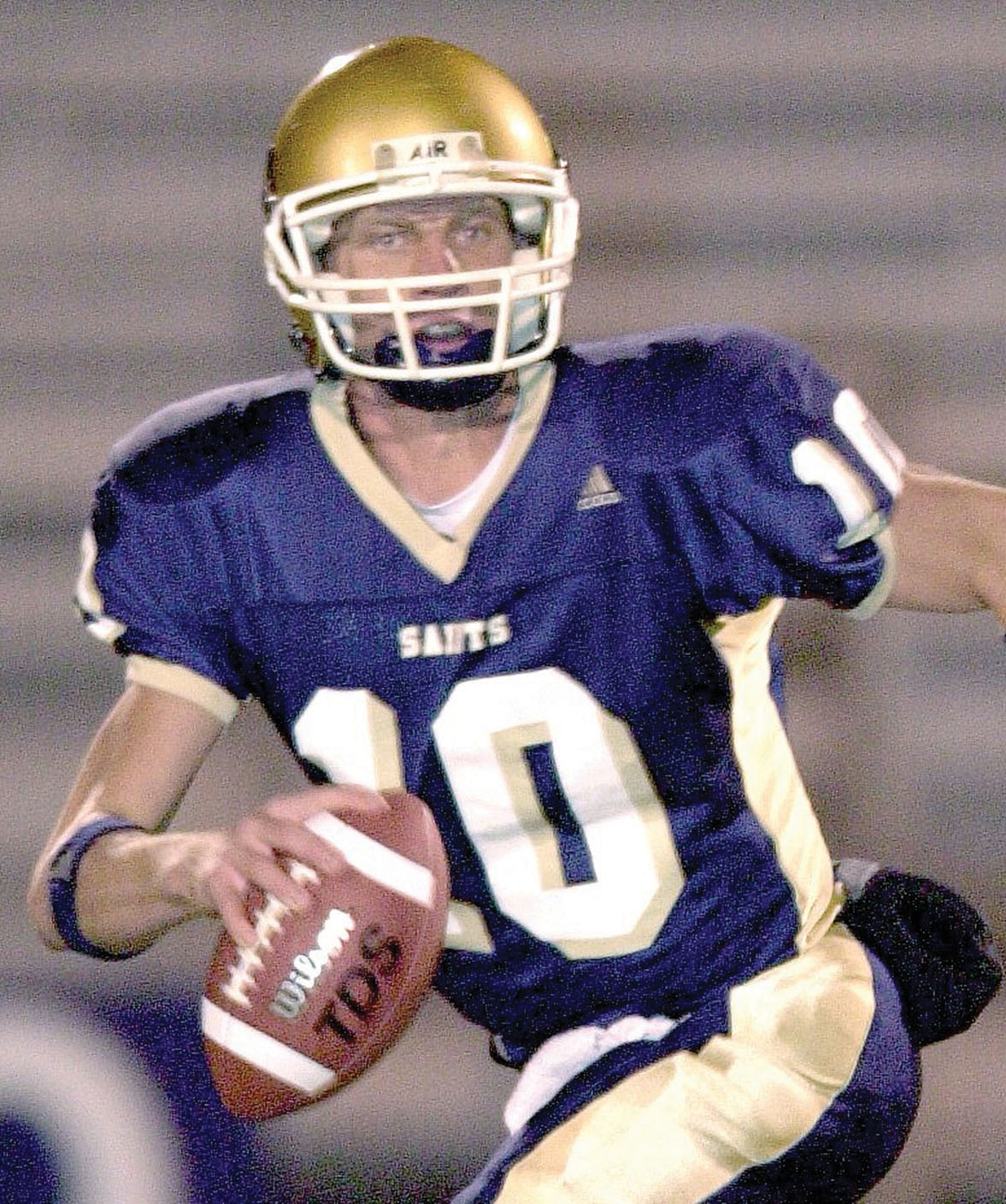 Rhett Lashlee was an all-state quarterback who threw for 672 yards and eight touchdowns in Shiloh Christian's memorable 70-64 comeback victory at Junction City in the Class AAA state playoffs in 1999. Lashlee is currently the head football coach at Southern Methodist University. (Arkansas Democrat-Gazette/FILE PHOTO) 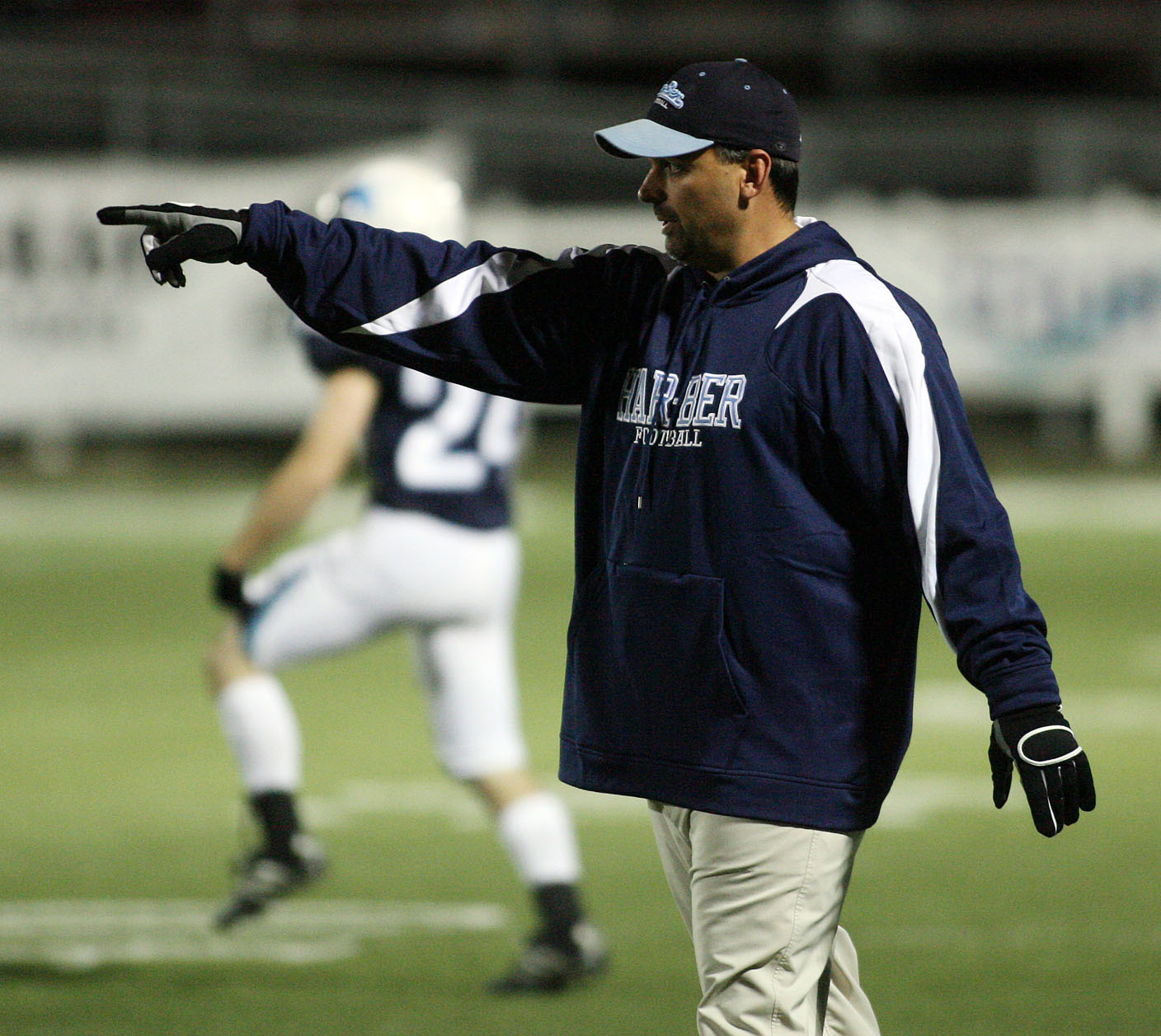 Chris Wood in 2009 pointed the way to War Memorial Stadium in Little Rock, where Springdale Har-Ber beat Fort Smith Southside 27-6 to capture a state championship in only its fourth year of existence. Wood is currently the longest-serving head coach in the 7A-West Conference. (Arkansas Democrat-Gazette/FILE PHOTO) 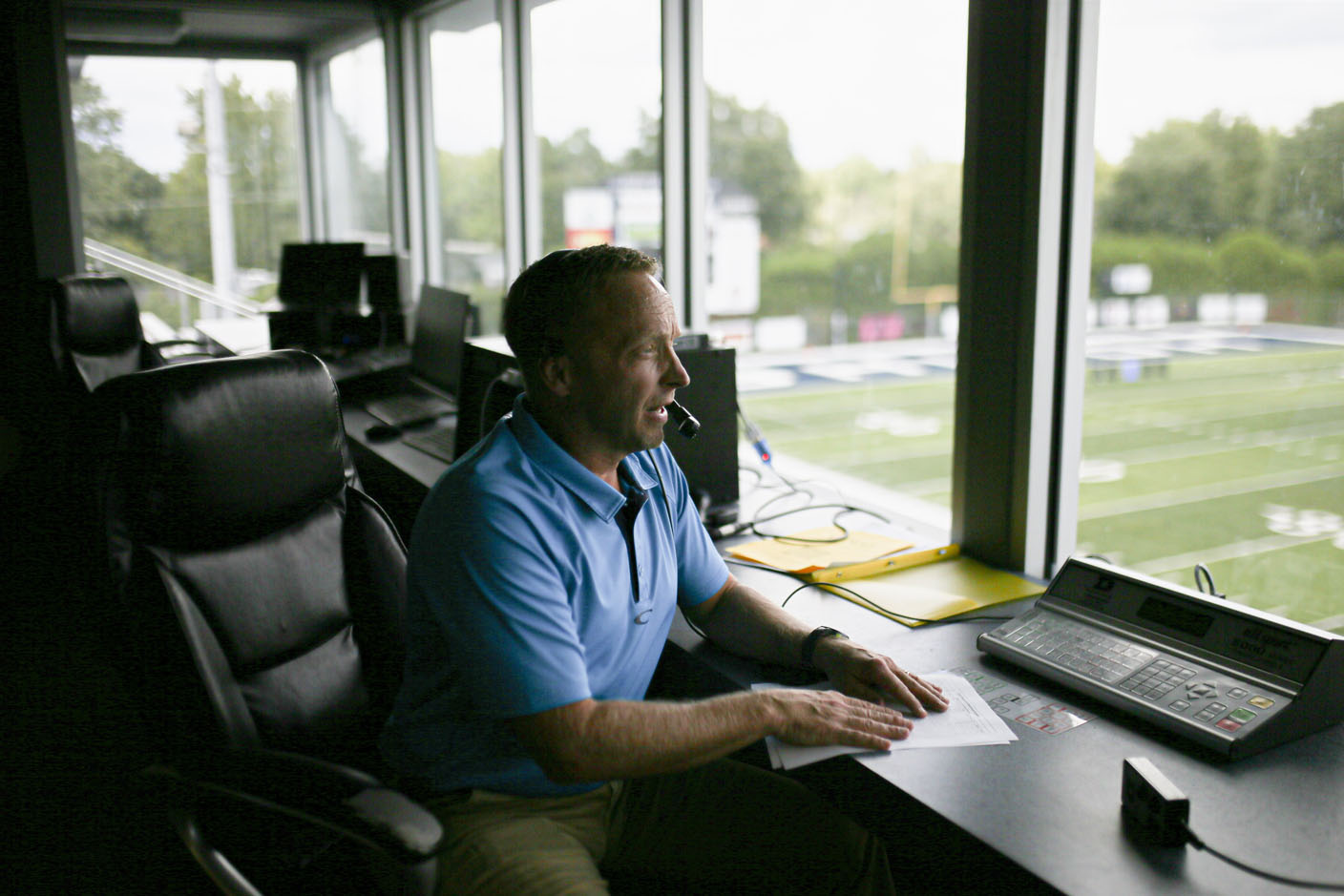 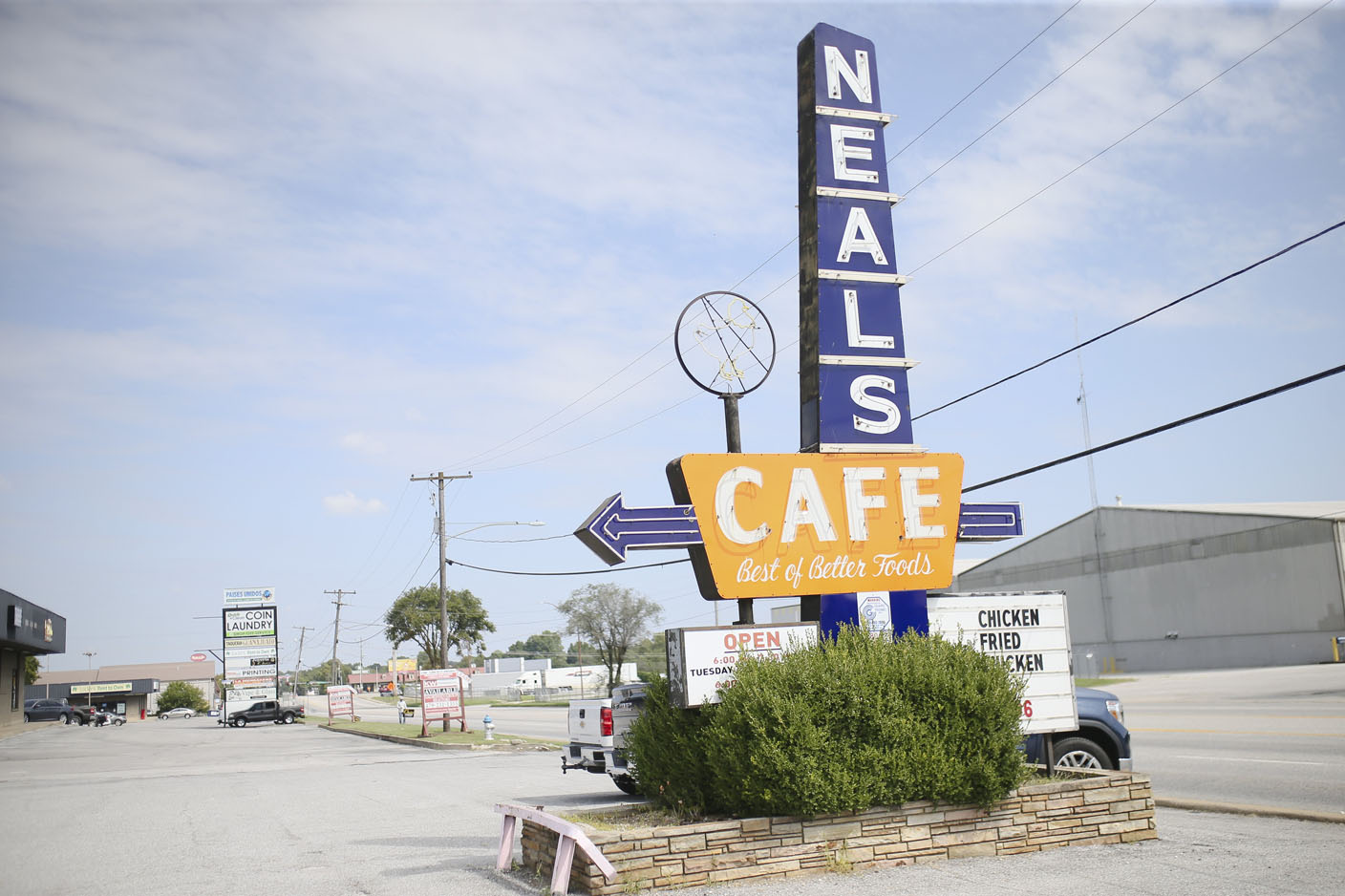 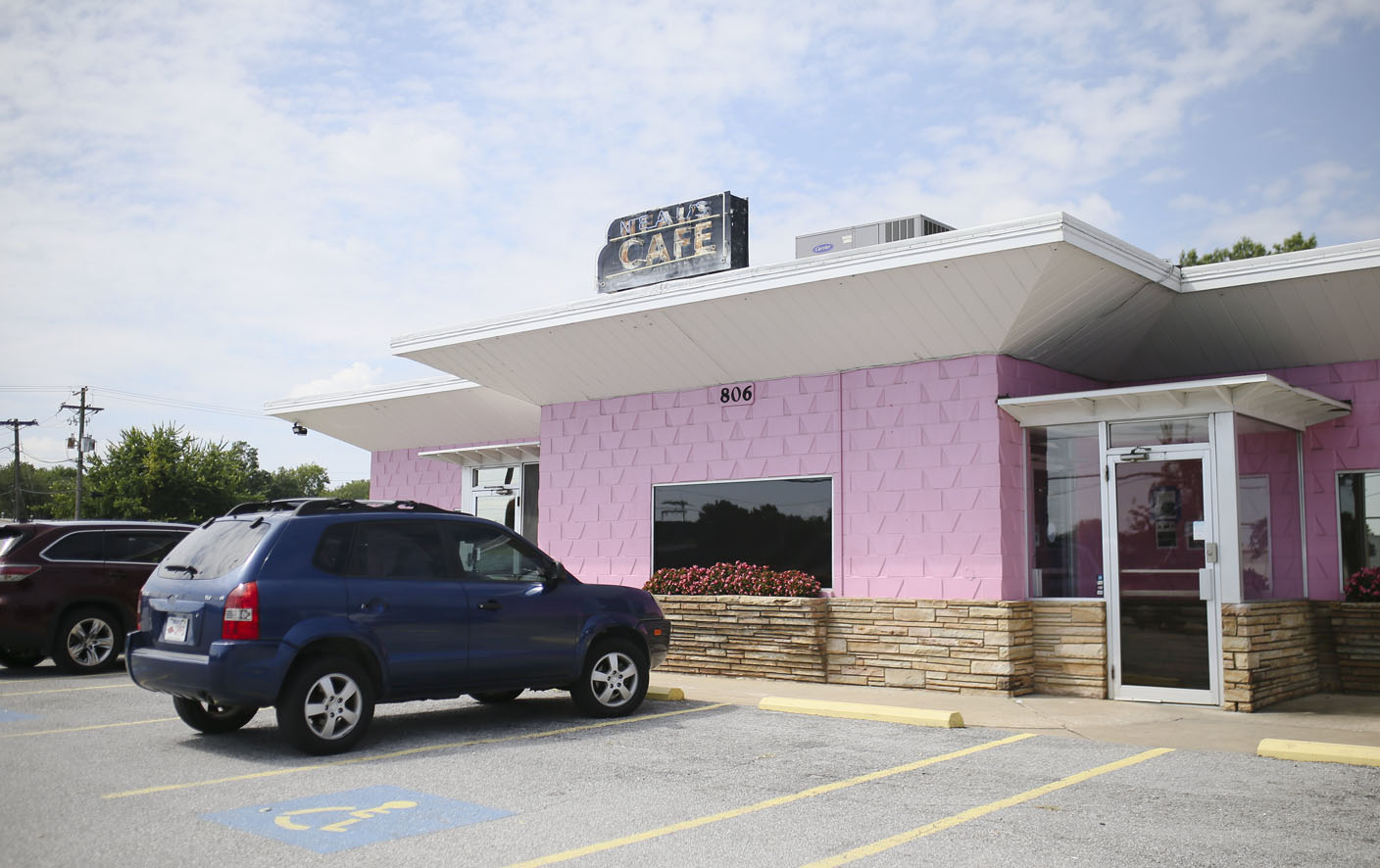 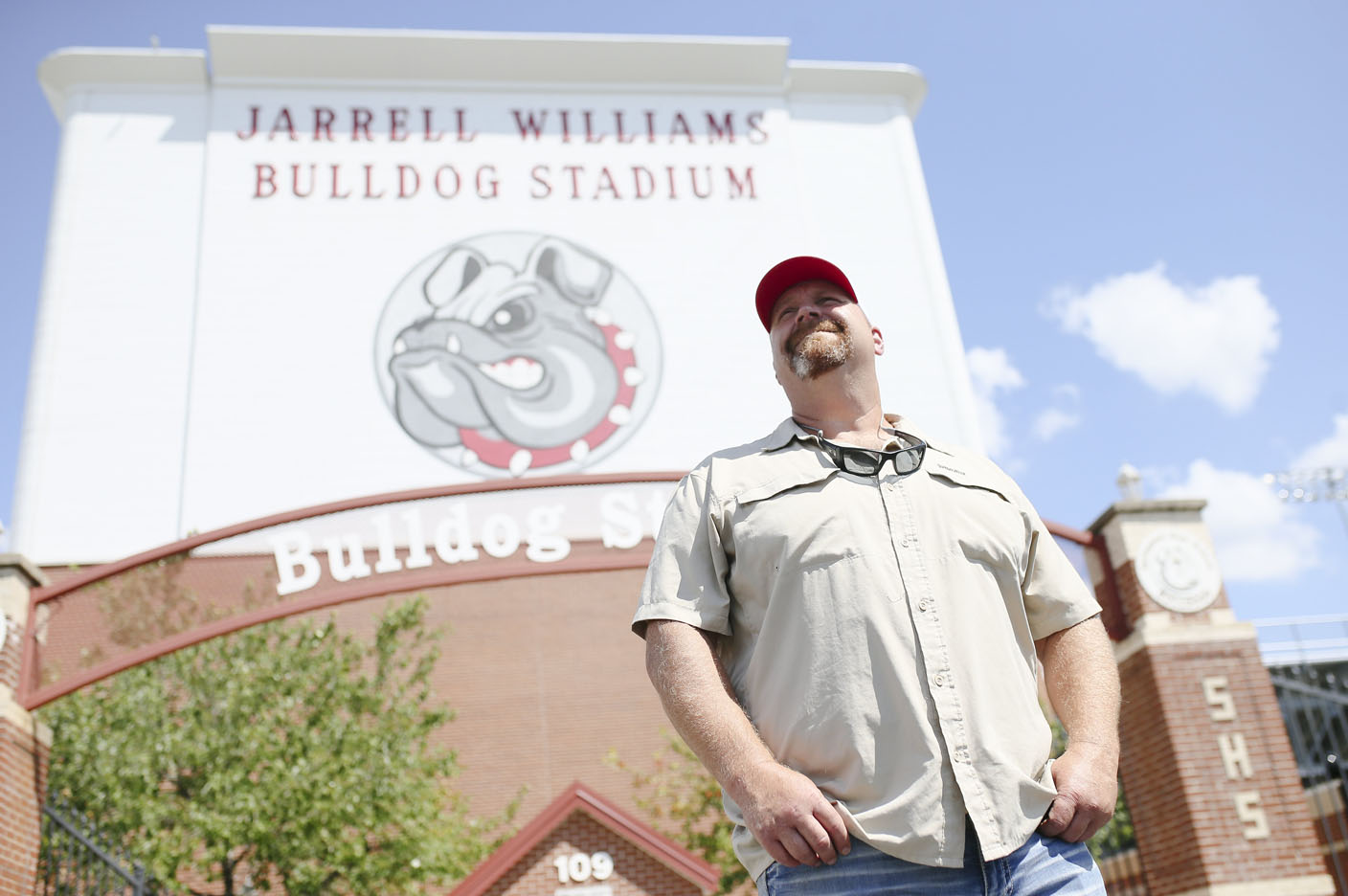 RICK ON THE ROAD/FOOTBALL TOWNS

Each week, award-winning Northwest Arkansas Democrat-Gazette sports columnist Rick Fires will go on the road across the region, visiting communities where football is an integral part of the Friday night fabric. Award-winning photojournalist Charlie Kaijo will document the journey through interviews and photographs that illustrate what makes each town a football town.