Construction begins on facility to open in 2024 for infants to prekinderteners by The Arkansas Democrat-Gazette | September 15, 2022 at 6:21 a.m. 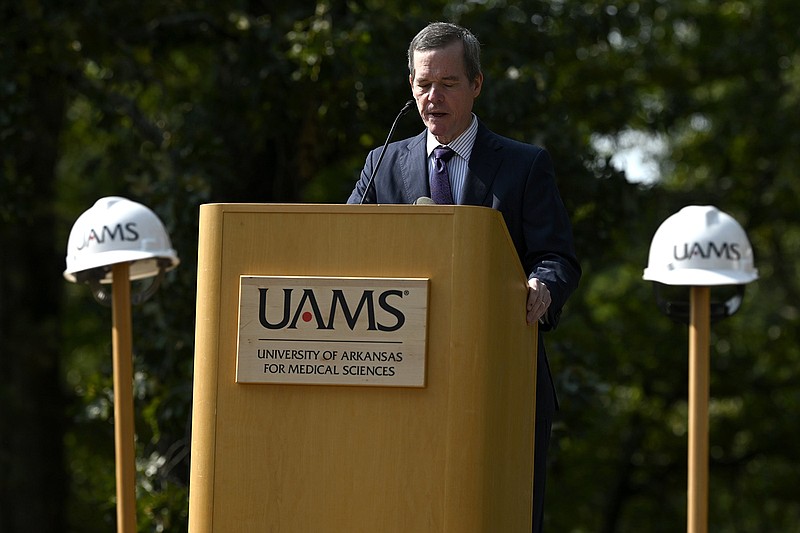 The University of Arkansas for Medical Sciences has started construction on a child development center for the children of some of its employees and students.

The center will be built on four acres at the intersection of 11th and Monroe streets, just south of the Hillary Rodham Clinton Children's Library and across Interstate 630 from the UAMS campus in Little Rock. The facility is scheduled to open in spring 2024, according to UAMS.

The center will be approximately 20,000 square feet and accommodate about 200 children, from infancy through prekindergarten, according to UAMS.

Of that number, 10% of the slots will be reserved for the children of employees who live in the surrounding community. Another 10% will go to employees or students who qualify for Child Care and Development Fund vouchers through the Arkansas Department of Human Services.

UAMS said it will have a contract with Bright Horizons, the nation's largest provider of employee-sponsored child care, to manage the center.

A curriculum would be offered that covers various subjects, including language and literacy, creative arts, math operations and reasoning, science and technology, and health and wellness.

The project is estimated to cost nearly $10 million, will be financed through the federal New Markets Tax Credit program, with additional money coming from donations, UAMS said.

Officials said the center will create about 40 jobs for teachers, teacher assistants and other staff members.

The UAMS facility -- which has been in the works for a couple of years now -- comes at a time when other public institutions are announcing the start of similar projects.

On Sept. 6, the University of Arkansas at Fort Smith announced a more than $1 million early childhood education center that would be built on its campus. That facility will be built and staffed as part of a partnership with the state Department of Human Services' Division of Child Care and Early Childhood Education, according to the university. Officials said the center should be fully opened by August.