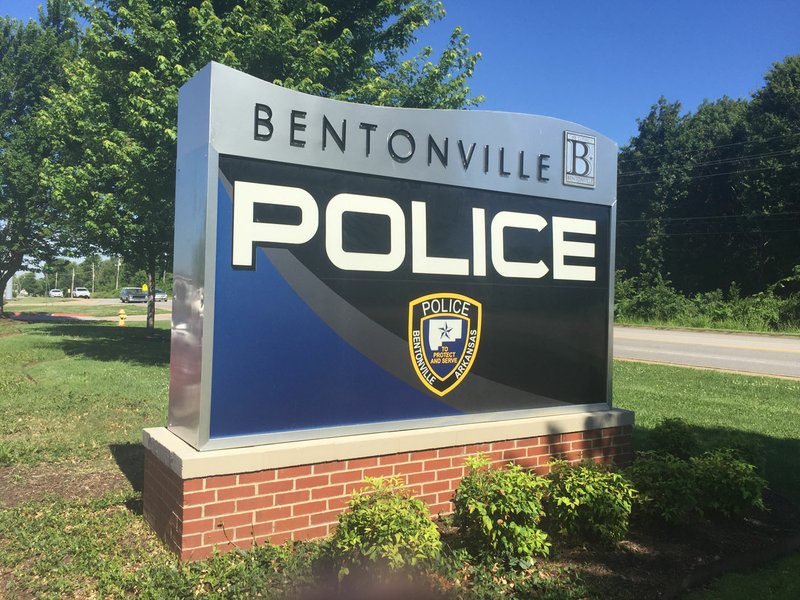 BENTONVILLE -- The City Council on Tuesday night approved a bid for site work and development for the new police training facility.

The $1.65 million training facility will be built on 20 acres of city owned land near the Bentonville Armory just off Regional Airport Road.

The training facility is part of the city's $266 million bond plan for capital projects and bond refinancing passed by voters on April 13, 2021. The city will pay for the bonds by extending a 1-cent sales tax.

The facility will include a live outdoor range, a police dog training area and a training building. It also will be used as a bomb squad/special response team training area. The bomb squad covers Northwest Arkansas and parts of Missouri.

The city also is building a $3.9 million Fire Department training facility on Southwest Aviation Drive that also was approved in the 2021 bond.

Bentonville Public Library officials and MSR Design provided a library expansion update to the council. The council was last updated on the project five months ago.

The presentation concluded the design development phase and included associated pricing provided by Flintco. The project is now in the construction documents phase, which is expected to last until the end of the year. The proposed timeline shows construction beginning in spring 2023 with completion scheduled for summer 2024, said Hadi Dudley, library director.

The project budget is now $16.75 million with current pricing coming in $74,000 under budget. As work continues this fall, options that have been reduced or removed may be reincorporated back into the final design, Dudley said.

Changes have been made to the design to reduce renovation in the existing library space.

"The impact of inflation for new non-residential building construction is a challenge that BPL, MSR Design, Hight Jackson and Flintco have continually addressed throughout the project," she said."Our team has taken a critical look at design, materials, space use and programmatic goals to figure out smart ways to save money. Everyone comes to the table with a proactive, problem-solving mentality.

"The goal is to build the best public library that meets our growing community's needs, while aligning rising costs with our established budget."

The Bentonville Library Foundation is assisting the library and city by raising money in its capital campaign "Making Room for More." The building fund has collected over $8.55 million in donations and pledges from individuals, families, organizations and businesses, Dudley said.

"Along with the bond extension funds available through the city, we have 78% of the total amount needed for the $16,750,000 expansion cost," said Teresa Stafford, library foundation executive director. "The board of directors is grateful for the contributions already made that demonstrate our donors' love for our library. We continue to request private support to close the funding gap to make this project a reality and keep it on schedule to break ground in spring of 2023."

• A resolution to support temporary installation of artwork “Building Community One Piece at a Time” in Train Station Park.

• A $38,815.70 budget adjustment to Jackson, Brown, Paulculict Architects for the increased cost of the Fire Station No. 3 expansion and remodel.

• A $3.39 million bid to Crow Group Inc. for construction of drainage improvements for tributary two of Little Osage Creek.

• A $810,839.00 contract with N.E.C. Inc. for construction of drainage improvements for Southwest Seventh and C streets lateral.

• A $17,775.47 budget adjustment to cover emergency repairs and cleanup to Bentonville District Court due to water damage from sprinkler head malfunction.
Source: Bentonville