Washington County voters to pick between Deakins, Moody in race for county judge 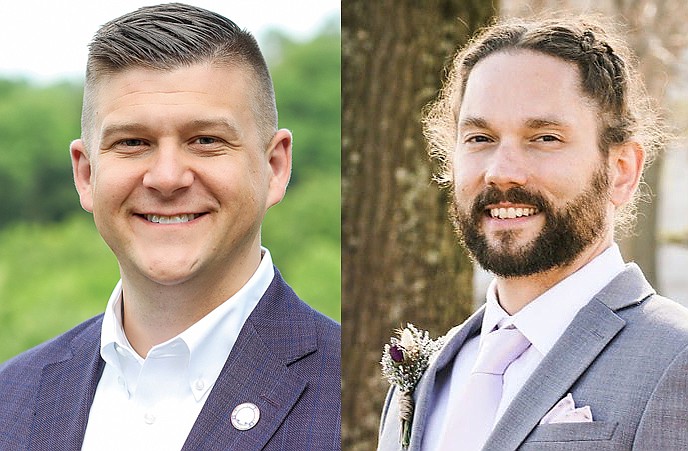 Deakins won the Republican nomination in June, defeating Mark Scalise in a runoff.

Moody defeated Charles Ward in the May party primary to win the Democratic nomination.

Moody, who has worked 8 years at the county's Juvenile Detention Center, described county government as "dysfunctional" in many instances.

"I have seen over the years, and especially this year, how many departments have been dysfunctional," Moody said. "I have spoken with many employees, some of whom have worked for Washington County for decades, saying morale is at an all-time low."

Moody said his goal is to have an "open-door" policy for employees and for the public.

"I want to listen to people and try to bring people together," he said. "I want to be in touch with everyday members of the community, not just those who are well off or who have it easy."

Deakins said he is running as a result of having served on the Quorum Court. He said he understands county government and wants to bring his business experience to local government.

"I've seen some of the opportunities and challenges that Washington County is going to face in the next few years. I've served as chairman of the county's Finance Committee. I want to bring my experience and background as a CPA to government. I will treat the taxpayers' dollars as if it's coming out of my own pocket," Deakins said.

"I think we've gotten to the point where it's an absolute necessity," Deakins said. "We have got to do something with our jail. I hope we can make a good enough case to the voters. With all the growth in our area in a few years, we're gong to be a Dallas or an Austin. Let's try to have all the good things that growth brings without some of the bad things. A functioning jail is a cornerstone of our justice system, and we have to have one that meets our needs."

Moody said the county has alternatives to building a bigger jail that haven't been tried.

"In this period of inflation, it doesn't make any sense to increase taxes, especially the sales tax," Moody said. "The county's 2019 study provides a blueprint for solutions to jail crowding that have already been explored in other jurisdictions and that work. My opponent says we've exhausted all other alternatives. We haven't even started. The jail expansion is a reaction to behavior. It doesn't change behavior."

"The jail budget is three times as much as the Road Department," he said. "That should be flip-flopped. The maintenance of county roads has been getting worse and worse. That doesn't fall on the employees. It's a lack of leadership. I'm a lifelong public servant. That's what I want to do and will continue to do."

Deakins also said county planning and infrastructure are priorities that have been neglected. .

"Planning and zoning and infrastructure is going to be a big deal going forward," he said. "How are we planning for all the growth we're going to see? Any day we slack off without having that in the forefront of our minds is a day that we lose progress. I want Washington County to be open for business, to provide good-paying jobs and provide for the kind of quality of life we all want for our families."

Political Experience: Petitioned to run as an independent for U.S. Congress, 3rd District of Arkansas in 2018, but withdrew