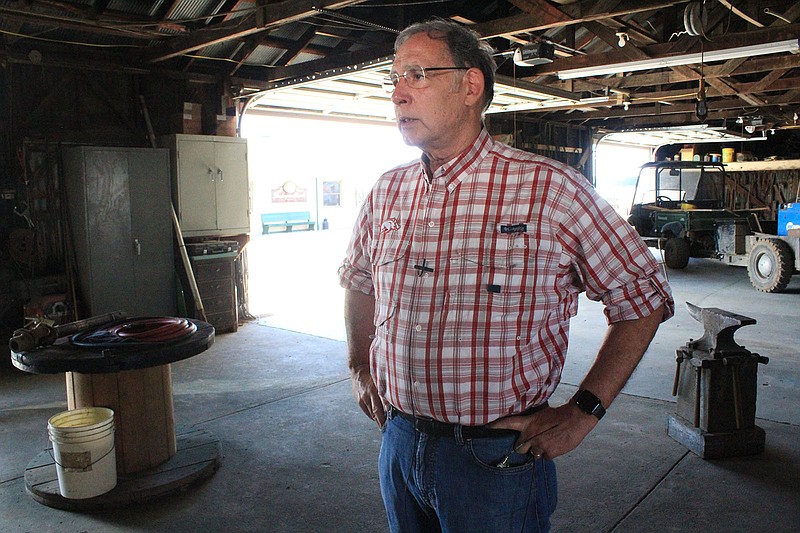 U.S. Sen. John Boozman, R-Ark., speaks to media Aug. 30, 2021, at Pendergrass Cattle Co. in the Charleston area. Boozman will continue serving as the top Republican on the Senate Agriculture, Nutrition and Forestry Committee in the next Congress. (File Photo/Arkansas Democrat-Gazette)

WASHINGTON -- As Congress completes its work for the year, legislators are already discussing the next farm bill and possible changes from the current law.

Arkansans will have a noticeable impact on the next farm bill. Sen. John Boozman, R-Ark., will continue serving as the top Republican on the Senate Agriculture, Nutrition and Forestry Committee in the next Congress. The House of Representatives Agriculture Committee -- whose members include Republican Rep. Rick Crawford of Jonesboro -- has spent part of this year reviewing the current law.

Rep. Bruce Westerman, a Republican from Hot Springs, additionally could provide lawmakers with insight. He is preparing to become chairman of the House Natural Resources Committee, which oversees matters involving public lands and national resources.

"Americans have been through a lot since the last time we gathered to write a farm bill," Boozman said during a Nov. 15 Senate Agriculture Committee hearing. "The pandemic, record-high inflation, breakdowns in the supply chain, the war in the Ukraine, floods, droughts, tornadoes, hurricanes, [and] wildfires have tested all of us."

Much of the farm bill involves spending on nutrition assistance programs. The Congressional Budget Office estimates 84% of the next measure's baseline budget is the Supplemental Nutrition Assistance Program and similar programs, as well as reimbursements for states to administer programs. About 239,000 Arkansans are SNAP participants.

House Republicans have proposed removing nutrition programs from the upcoming farm bill, a move that halted work in previous Congresses. In 2013, the House approved splitting nutrition programs and agriculture policies into two measures, but the inability to reach a consensus with the Senate delayed approval of a new law until February 2014.

"We're not going to split up the USDA [Department of Agriculture] and say, 'We're only going to authorize this portion of USDA, but not this portion of the USDA,'" he told the Arkansas Democrat-Gazette.

Other sections of the bill allocate funds for agriculture research, conservation efforts, drought and disaster assistance, and improving broadband access.

"That's critical," Crawford said of broadband deployment. "We found out how critical it is over the covid years, over the last two or three years."

"One of the biggest things that the farmers would say is [for] the next farm bill is to maintain the current funding at least at a level that we've had in the previous farm bill," he said. "There is more disaster money, for example, that is needed."

"They don't adequately reflect the economic conditions that are out there and have an impact on farmers' cash flow," he said.

The congressman added lawmakers additionally should approve language limiting production costs for farmers. If not, it could mean fewer individual farms, he said.

"We're going to, I think, be looking at another potential round of consolidation where we're going to see some of the smaller farmers go out simply because they can't weather that storm," Crawford said.

The current law will expire in September, although Congress could approve an extension while working on a deal.

"It's been a rough couple of years," Yates said. "For Congress to actually complete and reauthorize the farm bill in a timely manner, I think, is important." 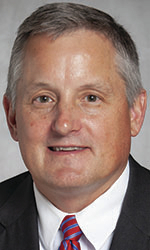 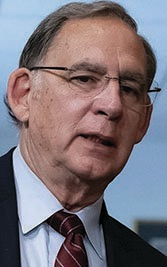 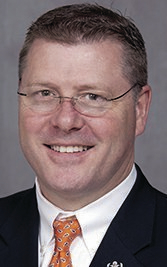