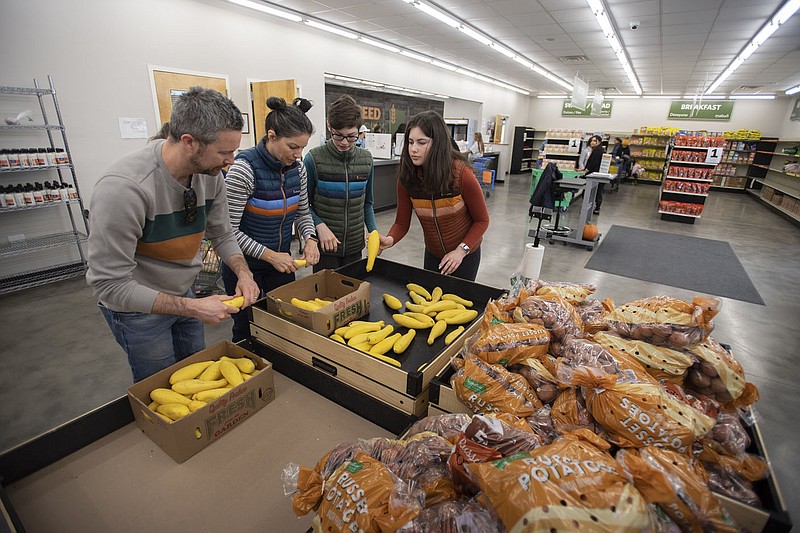 An estimated 145,000 of those residents, about 14.5%, will live with food insecurity, said Kent Eikenberry, president and chief executive officer of the Northwest Arkansas Food Bank of Springdale.

Eikenberry and the staff of the food bank are taking measures now to provide 20 million meals a year by 2045.

The plan includes a new 82,425-square-foot distribution center in Lowell.

The U.S. Department of Agriculture defines food insecurity as "a lack of consistent access to enough food for an active, healthy life."

Readers of the Northwest Arkansas Democrat-Gazette can help.

In a decades-old holiday tradition, readers donate money to the newspaper's Community Christmas Card, which the paper gives 100% of to a local charity. This year the money will go to the food bank. Donations are tax-deductible.

Eikenberry said the pantry will use the Christmas Card money to help build the distribution facility and add programming.

"Our readers, through the Community Christmas Card, are always so generous," Turner continued. "It's one of the many reasons our region is such a wonderful place to live and raise a family. It is our privilege to connect your generosity to such a great cause."

Readers contributed $21,000 for the 2021 Christmas Card, which also went to the food bank.

The names of readers who contribute $3 or more by Dec. 20 will see their names -- or the name of someone they want to honor -- listed on the Community Christmas Card appearing in the newspaper on Christmas Day.

The board of the food bank in March 2021 launched a $25 million capital campaign. The group has collected about 90% of the money sought in the campaign, Eikenberry said.

The Christmas Card money will be added to the capital campaign, he said.

Programming includes working with area agencies that provide direct access and food to those in need, said Tom Stallbaumer, vice president and chief operating officer of the food bank.

The food bank also provides food across the four counties of Northwest Arkansas through mobile pantries traveling to outlying towns for food distribution, pantries set up in the region's school districts and Feed Rogers, a unique food pantry that lets clients choose their own food in a grocery-store setting.

Future programming might include cooking instruction, a teaching garden and classes on nutrition, including for those with special dietary needs, Stallbaumer said.

Eikenberry said some areas of Northwest Arkansas have been declared "food deserts." The USDA explains a food desert as an area -- often low-income -- where residents do not live near supermarkets or other food retailers that carry affordable and nutritious food, according to the agency's website.

Low-income residents, who often lack transportation, rely more on small, local convenience stores that might not carry healthful foods or offer them at higher prices, the website states.

"Food can be hard to get," Eikenberry said. "Especially if you have to drive in from Berryville. So we take the food to them."

"We come out of the pandemic and go directly into higher inflation than we've seen in many, many years," he said.

"We all know somebody that's food insecure right now," Eikenberry said. "They need help from a charitable food system."

Feeding America estimated the number of people living with food insecurity rose by more than 22% during the pandemic. The Northwest Arkansas Food Bank is part of the Feeding America national network of food pantries and banks.

And the cost of the food the Northwest Arkansas Food Bank buys has risen by one-third since last year, Stallbaumer said.

The food bank also has made a commitment that by 2025, 75% of the food it distributes will be nutritious foods like protein, fruits, vegetables and whole grains, Eikenberry said.

Most of the money the food bank uses comes from private donations, he said. Funding also comes from corporate sponsorships, a stipend from the federal government and food drives organized by local organizations and individuals.

"It's kind of cool," Eikenberry said. "I sit down on Christmas morning and read through the list of donors. I get emotional because of all the people. I only recognize about 200.

"We are moving forward," he said. "We are blessed." 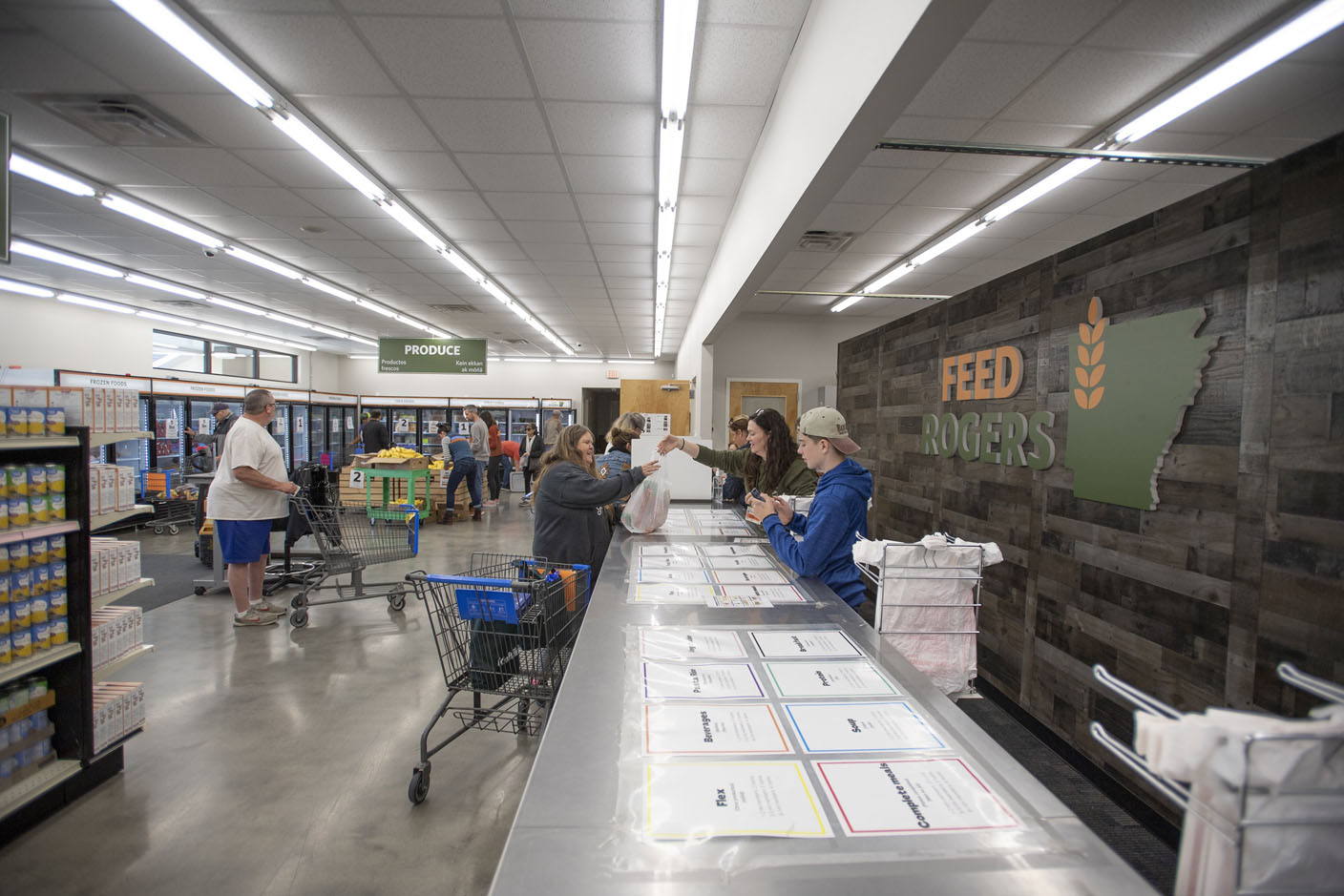 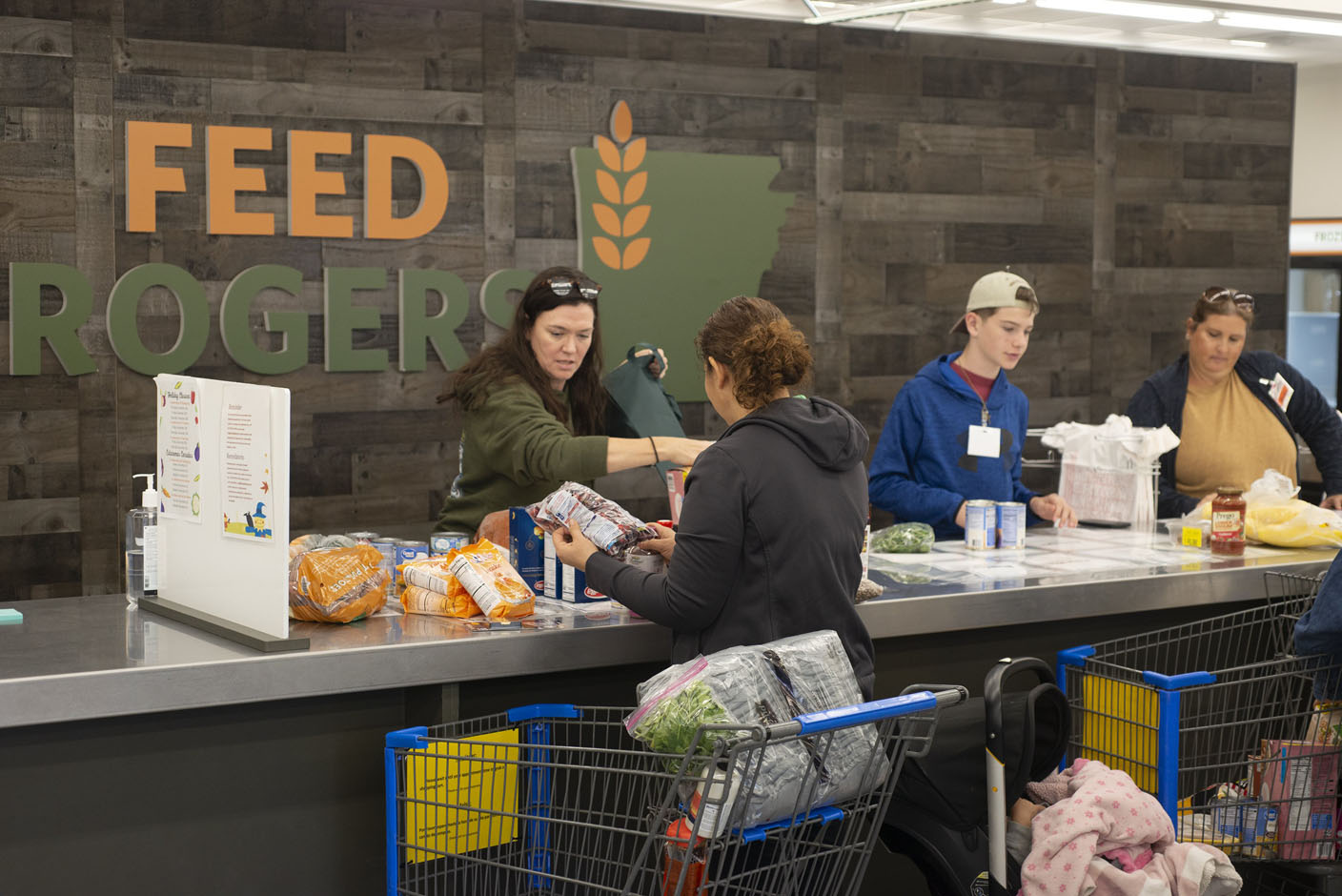 Listen to a talk about the Food Bank at: nwaonline.com/112522knowthenews/

[PODCAST: Audio player not showing up above? Click here » nwaonline.com/112522knowthenews/]

The food bank will receive 100% of the tax-deductible donations.

Donors who give more than $3 by 5 p.m. Dec. 20 will have their names printed in the paper and replica editions on Christmas Day. The newspaper will accept donations until Dec. 31.