Northwest Arkansas Community College hopes to rebuild millage by sending 0.4-mill proposal to voters in May 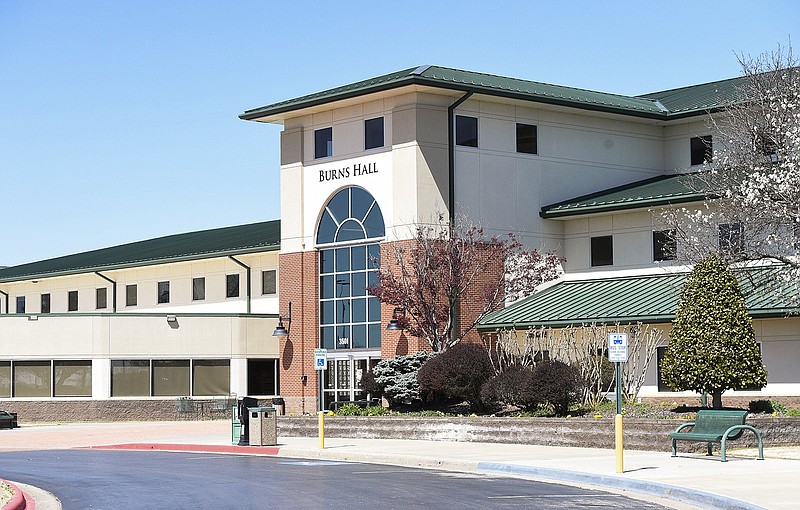 BENTONVILLE -- Northwest Arkansas Community College will ask local residents for a millage increase in May that, if approved, would bring the college an additional $1.8 million per year in tax revenue.

The Board of Trustees on Monday unanimously agreed to seek a 0.4-mill tax increase in an election May 9. The increase would raise the college's millage from 2.6 to 3.0 mills.

The millage was originally 3.0 when voters approved the ballot issue that established the college on Aug. 15, 1989, said Grant Hodges, executive director of community and government relations and marketing for the school.

Hodges told the board that college president Dennis Rittle recently asked him to figure out how the millage got knocked down to 2.6.

Voters never approved lowering the millage. The May election will allow them an opportunity to restore the millage to what voters originally approved in 1989, Hodges said.

DeAnne Witherspoon, the outgoing board chairperson, said passing the millage increase will require board members to get out and educate the community on the issue.

"You can't start that in April," she said.

Rachel Harris, another board trustee, noted even if the millage request passes, it's possible another rollback could affect the college in a few years. Hodges acknowledged that possibility but said he's encouraged by the fact the millage wasn't rolled back during the county's last reassessment in 2021.

Rittle said the millage rollback has posed some financial challenges for the college, making it difficult for the college to offer competitive salaries.

The board last spring approved a balanced budget of about $41.9 million for fiscal 2023. That included the college's first tuition increase since 2013.

In other business, Monday's board meeting was the last one for several trustees. New board members elected Nov. 8 will take their place. Rittle honored the outgoing members with plaques he distributed to each one.

The outgoing board members include:

• Witherspoon, Zone 2. She did not run for reelection after six years of service. Lori Frank won a three-person race to replace her.

• Jerry Vest, Zone 7. Vest did not run for reelection after being appointed in 2020. Jonathan Woods ran unopposed for the seat.

• Mauricio Herrera, Zone 8. Herrera, a trustee since 2013, did not run for reelection. Amber Latimer ran unopposed for the seat.

The board is not scheduled to meet again until January.

Northwest Arkansas Community College is the largest two-year college in Arkansas, with an enrollment of 7,839 as of Sept. 7. That represented a 10.7% increase from the same point in the fall 2021 semester.