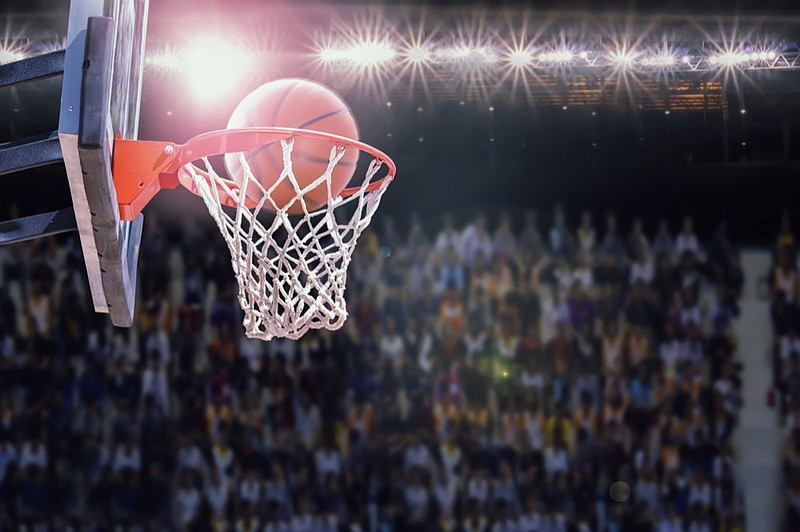 TOP TEAMS AT A GLANCE

NOTEWORTHY Without a doubt, the Tigers are the deepest team in Arkansas, and that's a good problem to have for one of the state's best coaching minds in Ross. ... Boateng will get his points any way he wants, but guys like Moore, Culberson and Smith among others will get their share of opportunities. ... Central is playing one the toughest schedules it's had in quite some time, and that's not including the six different classics its involved in.

NOTEWORTHY Never count out Swift as last season's Class 5A champs move up a class, but that won't stop them from being one of the best of the bunch. ... Harrell has already committed to Elon, but it's a pretty safe bet that he won't be the only Golden Hurricane to pledge to a college program this year. There will undoubtedly be more. ... The separation between Jonesboro and Central is about a thin as horsehair, but these two will duke it out not only in the rankings but in the 6A-Central when they play each other twice.

NOTEWORTHY Stamps has a team, led by a crew of very good juniors, that'll be near the top of the poll with both Jonesboro and Central. ... Gaines is a highly skilled small forward that is about as even-keeled as any in the state, meaning he'll dominate games without having to say much. ... Haney is one who may have a bust-through year in the backcourt.

NOTEWORTHY Whatever demise some may have about these Tigers is greatly exaggerated because they'll be in the mix once again. ... Bentonville will be missing Abel Hutchinson and Hayden Shanks -- two guys who gave them alot last season -- but that also opens up chances for guys like Dehrmann and Aden Waller to break loose. ... Like many of the teams in the class, the Tigers are playing tough nonconference games that'll get them ready for conference play.

NOTEWORTHY There's no group that's more intriguing in Class 6A than these Bulldogs, who have two of the best sophomore players in the state on their roster. ... Muldrew, who along with Sealy can take over games, was an all-state player last season but missed the state tournament after suffering an injury late in the season. ... Tate is the muscle inside that Springdale needs to bang with the likes of Bentonville's Caden Miller and Bentonville West's Tucker Anderson.

NOTEWORTHY White is sure to have his Wolverines ready for what lies ahead in a stacked 6A-West, especially coming off a successful previous year. ... Anderson has signed with the University of Central Arkansas after averaging 18 points during his junior season. ... West will get a test right off the bat today when they make the trip to Central Arkansas to face Class 4A No. 2 Little Rock Christian. The Wolverines will also host dangerous Bryant on Friday.

When Boateng has the ball in his hands, everyone in the arena takes notice . The junior averaged 16 points, 8 rebounds, 3 assists, 2 blocks and 2 steals last season and is currently ranked as the No. 44 player in the Class of 2024 by ESPN. He's also got offers from programs like the University of Arkansas, Auburn, LSU, Mississippi State and Oklahoma State.

He's a cross between former NBA greats Andre Miller and John Starks, and that's pretty high praise. Lee, a seemingly perennial all-state and all-conference guard, was offered from schools like the University of Arkansas at Pine Bluff, DePaul, Oral Roberts and Sam Houston State, but that list is expected to expand after this year. He's the head of the Tigers' train and makes them churn with what he's able to do on the floor.

The best-shooting "big man" in the state, but he's more than just a shooter. Harrell, another all-stater, can take players off the dribble with ease and is able to play at a pace other bigs aren't necessarily accustomed to. Coupled with everything Jonesboro has on its team, he'll be impactful as soon as the ball is tipped off.