They discuss consequences of nuclear attack, detainees by Compiled by Democrat-Gazette Staff From Wire Reports | November 15, 2022 at 5:14 a.m. 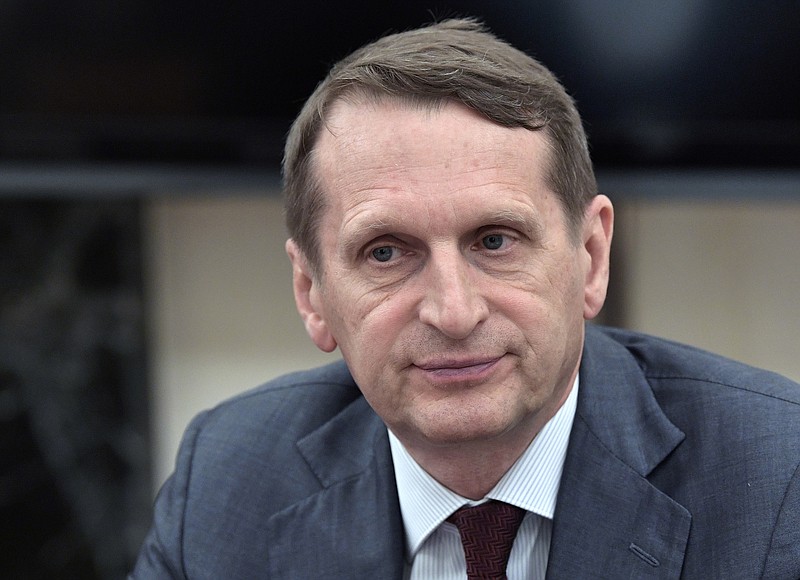 WASHINGTON -- CIA Director Bill Burns met on Monday with his Russian intelligence counterpart to warn of consequences if Russia were to deploy a nuclear weapon in Ukraine, according to a White House National Security Council official.

The official, who was not authorized to comment publicly and spoke on the condition of anonymity, said Burns and Sergei Naryshkin, the head of Russia's SVR spy agency, did not discuss settlement of the war in Ukraine during the meeting in Ankara, Turkey. Ahead of the meeting, White House officials said Burns had also planned to raise the cases of Phoenix Mercury player Brittney Griner and Michigan corporate security executive Paul Whelan, two Americans detained in Russia whom the Biden administration has been pressing to release in a prisoner exchange.

The Burns-Naryshkin meeting was the highest-ranking face-to-face engagement between U.S. and Russian officials since before Russian President Vladimir Putin ordered the February invasion.

The official said that Ukrainian officials were briefed ahead of Burns' travel to Turkey.

President Joe Biden, after meeting with China's President Xi Jinping on the sidelines of the Group of 20 summit in Bali, Indonesia, told reporters that they discussed Russia's war in Ukraine. Biden added they "reaffirmed our shared belief in the threat for the use of nuclear weapons is totally unacceptable."

Kremlin spokesman Dmitry Peskov told the Russian state news agency Tass that the talks between Burns and Naryshkin "indeed took place." Peskov said that "it was the American side's initiative."

In Turkey, a top aide to President Recep Tayyip Erdogan confirmed that the country hosted the meeting between the heads of the Russian and U.S. intelligence agencies on Monday. Communications Director Fahrettin Altun told The Associated Press that the meeting was "related to threats against international security, starting with the use of nuclear weapons."

Turkey earlier this year hosted Ukrainian and Russian officials for talks and played a key role in a U.N.-brokered deal that allowed Ukraine to resume exporting grain to world markets.

Turkey "will continue to negotiate with all relevant parties for peace and shall not refrain from taking initiative during this process," Altun said.

Biden also heralded the retreat of Russian forces from the southern region of Kherson, one of the four regions in Ukraine that Putin annexed in September.

Biden last month declared that the risk of nuclear "Armageddon" is at the highest level since the 1962 Cuban missile crisis, as Russian officials have raised using tactical nuclear weapons after suffering massive setbacks in the nearly nine-month invasion of Ukraine.

While U.S. officials for months have warned of the prospect that Russia could use weapons of mass destruction in Ukraine as it has faced strategic setbacks on the battlefield, Biden administration officials have repeatedly said nothing has changed in U.S. intelligence assessments to suggest that Putin has imminent plans to deploy nuclear weapons, according to U.S. officials.

The National Security Council official added on Monday there has been no change in the U.S. intelligence assessment and declined to offer further detail on timing of the decision to send Burns to meet with Naryshkin.

Putin has repeatedly alluded to using his country's vast nuclear arsenal, including in September as he announced plans to conscript Russian men to serve in Ukraine. Biden has sought to make clear that use of lower-yield tactical weapons could quickly spiral out of control into global destruction.

"We see no need for that," Putin said. "There is no point in that, neither political, nor military."

The CIA chief's travels are normally closely held, but the White House, as it did last year, has made the calculation that it's best that Burns' interaction with the Russian spy chief is widely known.

Before Monday, the last publicly acknowledged face-to-face meeting between senior U.S. and Russian officials took place in January in Switzerland: Secretary of State Antony Blinken held talks with Russia's Foreign Minister Sergey Lavrov in Geneva on Jan. 21, before Russia's invasion of Ukraine the next month.

Blinken and Lavrov have been in the same room for multilateral meetings since the Feb. 24 invasion, including at a G-20 foreign ministers meeting in Bali in early July and at the U.N. General Assembly, but have not had direct discussions.

They have, however, had at least one telephone conversation, which focused on a potential prisoner swap and occurred in late July. In the meantime, Defense Secretary Lloyd Austin and Joint Chiefs of Staff Chairman Gen. Mark Milley have also had phone calls with their Russian counterparts, as has national security adviser Jake Sullivan.

The U.S. said Monday it was imposing sanctions on a list of people and firms around the globe that it alleged are involved in supporting Russia's military as it wages war on Ukraine.

Unlike recent packages of sanctions imposed on Russia-based firms and people, the latest financial and diplomatic penalties are aimed at a range of entities including French real estate companies, a group of Swiss nationals and a Taiwanese microelectronic component purchaser.

They are all accused of being financial facilitators or enablers of Russia's military supply chain, which U.S. officials committed to disrupting after the invasion of Ukraine began in February.

"Businesses worldwide are advised to do their due diligence in order to avoid being targeted for sanctions," Blinken said in a statement. He said the U.S. "will continue to crack down on Russia's attempts to evade international sanctions to fund its war machine."

The Treasury Department's Office of Foreign Assets Control and the State Department designated 14 people, 28 entities and eight aircraft identified as being part of a transnational network that procures technology meant to build up Russia's military.

"Together with our broad coalition of partners, we will continue to use our sanctions and export controls to weaken Russia's military on the battlefield and cut into the revenue Putin is using to fund his brutal invasion," Treasury Secretary Janet Yellen said in a statement.

In October, Treasury, Commerce and National Intelligence officials met with representatives from finance ministries from 33 countries to discuss the impact of international sanctions and export controls on Russia's critical defense supply chains.

At that meeting, information from the Office of the Director of National Intelligence said Russia had lost more than 6,000 pieces of equipment since the beginning of the war and was turning to Iran and North Korea for supplies.

Russia last week retreated from the southern Ukrainian city of Kherson, which ended Russia's eight-month occupation of the city.

The Biden administration also in October announced a round of criminal charges and sanctions related to a complicated scheme to procure military technologies from U.S. manufacturers and illegally supply them to Russia for its war in Ukraine.

Some of the equipment was recovered on battlefields in Ukraine, the Justice Department said, and other nuclear proliferation technology was intercepted in Latvia before it could be shipped to Russia.

Information for this article was contributed by Aamer Madhani, Suzan Fraser, Matthew Lee and Fatima Hussein of The Associated Press. 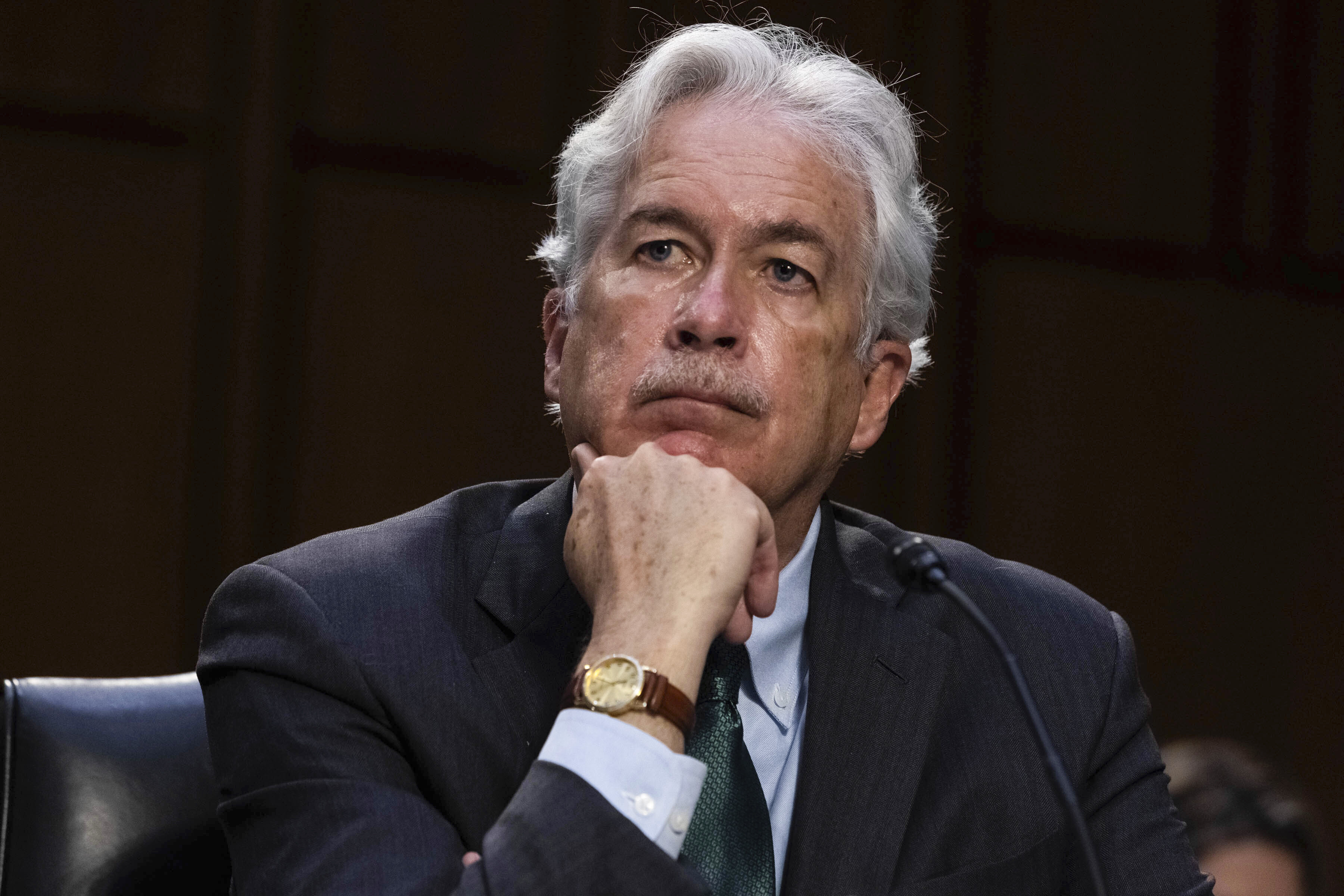